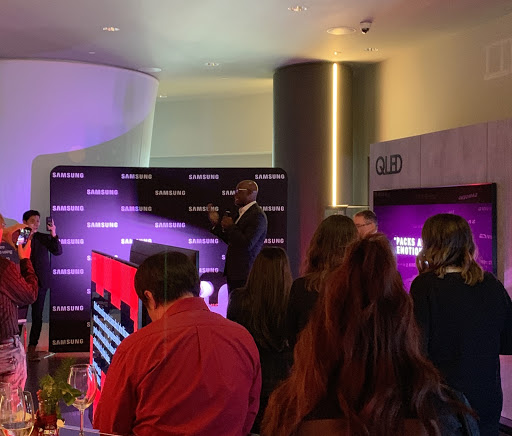 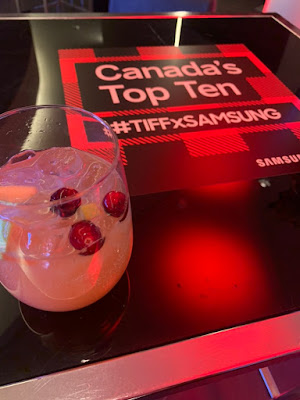 So, this is an event that I couldn't attend, but I had a good friend (and sister-in-law) attend for me.  It's a guest post from Kelly, who is involved in the film industry and has her own blog:  SkillfulMeeple

Check out her recap:

This past Wednesday I had the pleasure of attending the Canada’s Top Ten from TIFF cocktail and panel discussion at the Samsung Experience Store.

The panel was moderated by Cameron Bailey and featured directors Calvin Thomas and Yonah Lewis for the film White Lie and director Sophie Deraspe for the film Antigone.

Antigone tells the story of an immigrant family in Montreal and is based on a Greek play of the same name.

White Lie is a film about a university student who fakes cancer.  The clips for both were compelling and the discussion of the impact of social media on storytelling added another layer to consider.  I have not seen either of the films in the discussion, by the end of the panel was drawn into both.

As for the event itself, Samsung was a great host.  I was a bit skeptical at first with an event held in a retail store, but Samsung delivered. 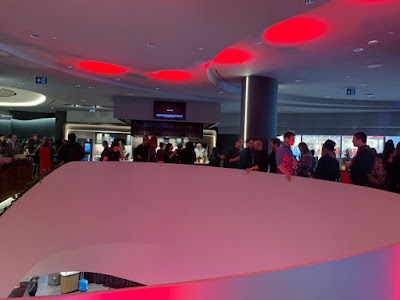 The event itself was seamless, the cocktail hour was elegant with great food and drinks.  With their products working to their advantage, it would be a crime not to mention how amazing all the clips looked on Samsung’s 8k TVs and the wall.  The picture was crisp and pristine, a focal point for the evening.  On a personal level, having the film clips shown on these screens really made me think maybe it’s time for my own upgrade.  Overall it was a great evening. 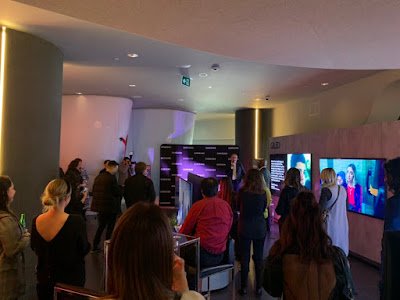 If you are interested in the films listed above, all of the Canada Top Ten films will be shown at TIFF Lightbox in January.  I recommend going if you have a chance, there is a lot happening in Canadian Film and it’s important to show our support to the homegrown storytellers.

To get to hear more from Kelly and her adventures into crafts and games, visit her site SkillfulMeeple
https://www.pinterest.ca/skillfulmeeple/
https://www.instagram.com/skillfulmeeple
event guest post Kelly samsung TIFF