Posted by Ryan Moore on October 29, 2019
I'm just love LOVE LOVING our smarter home.  Making more and more use out of our Google Home / Nest minis. 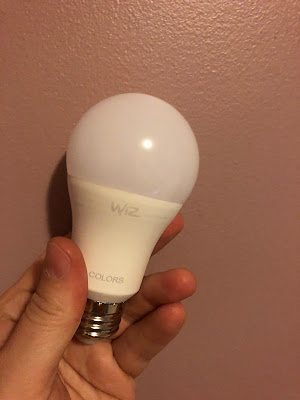 Having lights that are able to turn on and off with a voice action is pretty cool.  Well, I'd reviewed the Philips Hue in the past, but there's also a Canadian option with Wiz.  I was keen to try out a Canadian variant, and because it claims to work with the Google Assistant having 2 different brands shouldn't be an issue.

So, to start off, because it's its own company, you're going to need its own app.

It's a neat little app and it's all you need to connect. 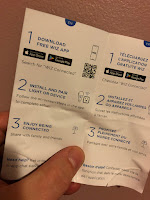 Heck, the box came with an instruction manual that was just 3 steps long.

No hub to connect to and set up first, just load up the app (set up an account) and then you go ahead create a room (I chose to create a room with the same name as a room from Google Home... I wanted it to meld together seamlessly).

Then in that room you go ahead and add a device.

My assumption is that there must be something about how it puts it in to a 'pairing mode' when it's first turned on.

It should detect it right away... me, not so much.  I tried to do it manually, you have to flick the lights for 3 times and then sets the bulb into a 'flickering' state which allows it to be more easily found.

Then it dawns on me.  Something that, if this is the case, they should have blazened on the packaging in huge bold letters...

So, I couldn't get it to pair.  I was ready to send it back and then had a thought.

What if I go and connect my phone to the 2.4 network of the Shaw router, and set up the bulb that way?

I did have some hiccups, for some reason it added it twice, so I had to delete one... then the other was saying it was updating the firmware and even 30 minutes later it was still not responding.  So I deleted that one and then re-added it.

The app is cool... simple commands for lights and colour hue and brightness intensity.

What's really cool is that you have a bunch of modes preset.  Like there's even a blinking green/red for Christmas or a flickering yellow-orange of a candle.

No fuss, no muss... no special algorithms to figure out.  Just tap a button.

Now, that's me still using the 2.4GHz band... actually no. Once it was set up with the 2.4GHz network, I just switched my phone back to Velop and the app doesn't care what internet I'm on, I send the codes technically through the internet and the bulb stays connected to my old 2.4GHz network, so if I ever lose that older router, I'm pooched to have it work.

But nice that I only needed it to set it up.

Then, I don't even need to keep the app either... my reason for wanting it is to connect via the Google Assistant.

What's interesting is that it then gives you a passcode and copies it to your clipboard.

Go into the Home app and you can go and add a set up device scroll through the list of services (man you have to scroll a lot to find Wiz, or just search for it).

Tap Wiz and you'll be asked to include the passcode, and then it's added.

Because I named it the same as a set up room name with Home it saved me having to have 2 'bedrooms' and move things aorund.  Just was easier.

Now that it's on Google's system, I can just ask my mini (which is connected to the 5GHz) and it'll send the command on to Wiz, which the bulb is connected to the router still (and it can only connect to the 2.4GHz, so why it's important to keep that network running, just for this bulb).

I haven't been able to get it to do the Romance or Christmas mode that are specific to Wiz.  Which is okay... I'll keep the app on my phone just for those rare scenarios.  But my wife or son don't need to have the app, just talk to the assistant.

Very nice.  Even better, it was able to fit under our light housing in the bedroom, so we can get into bed and not have to get out of bed to turn it off.

As one tech enthusiast, Derek Ross, would put it -- what a time to be alive! 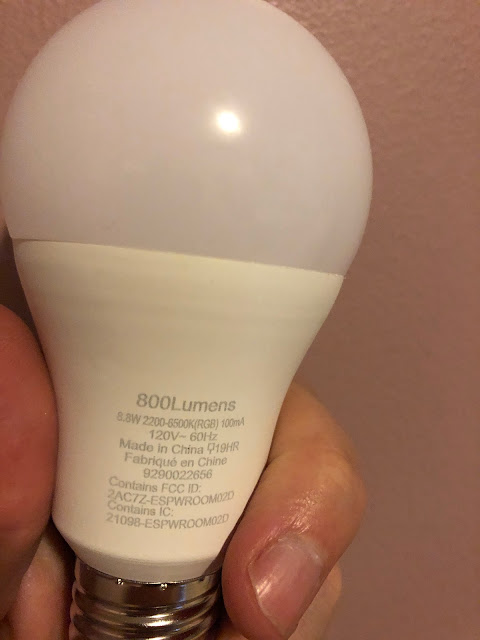