My initial opinions on the Huawei P30 Pro

The Huawei P30 Pro is a near perfect phone.  Just about anything, and everything someone can ask for in a phone. I liked the P20 Pro - it 'ticked all the right boxes', and I found the Mate 20 Pro was the 'slickest around'.  So when the P30 Pro came it, it took the best of both worlds and mashed them together.


It's moreso resembles the Mate with the curved screen edge, rather than the P series.  It lends heavily from the Mate's feature lineup: Kirin 980, Qi (and reverse charging), fingerprint under display ...


In fact, the only hint that this stems from the P series lineup is that it isn't QuadHD display, not that there's a heck of a lot of difference.


Just makes me wonder what they're going to do with the next Mate series.

Regardless, let's get into my initial opinions of this device.

So, l first notice how much taller it feels over the previous P.  The fact that you can place the fingerprint sensor in the glass, so you don't need a physical area on the chin.  It really makes it feel tall.

To help with the effect of being 'more screen' the notch has diminished to just the tiny little teardrop like the Essential phone.

And like most devices out there, you can 'hide' that notch in the settings.

Personally, I don't mind it.

I'm not a great fan of the curve on the edge, I did notice that there could be some interference depending on how you held it.  Not often, just the rare moment...

I guess having a case (should be one in the box for you) would help with spacing your hand from the edge.

Turning it on you'll find that it has a bit of an evolved look to the software.  Where the P20 was a bit ... rustic, this definitely looks more refined.

A lot of the features we'd seen in other Huawei phones are still there:  the smart remote control to use your IR blaster, a feature to eschew the navigation buttons for a gesture mode (more on that later), built in screen recording, there's even a feature in their music player to have lyrics ...

All really cool features and I'm happy to have them.

It's different... It takes some time to get used to for sure.  After almost 2 weeks I'm still not quite there, but I can see the advantages of having more screen real estate.

There can be issues with it, however.  Like, when you're using an app that would have the 'slide out' menu on the edge - where you can slide out features from the left (like the Play Store), it's hard to get your finger in the right place to make it happen. Too close to the edge it'll act like 'back' and exit out.  Too much inward and nothing happens.  You get used to just giving up and tapping the hamburger (≡) menu to just bring it up.

There is one weird thing: there's a constant notification about "feature advisor" is still running and using battery. ---check this again

Speaking of notifications there is a bit of a weird bug I've noticed.  Even though I've set the settings for privacy to show notifications on the lock screen but hide sensitive information, it still shows ... like I'll get a text and see that it's not showing the info on the lock screen, but if I tap it, it'll expand and reveal the details.

I've gone through everything in the settings to try to isolate, even individually for apps like Messages, Messenger, WhatsApp etc... and no dice.

I've also noticed that the phone sometimes shows the 'toast' or pop up (down?) banner notification for a new message, and other times not.  Seems to be hit or miss there.

Hopefully, it's just a bug.

Another awkward thing about the lock screen (aside from me really REALLY missing the Pixel's "what's playing feature") is something to indicate it's charging.  I'm used to plopping my phone on the charging pad or plugging in and then seeing on the lock screen that the phone is currently charging.   Nada... so many times I've had to double check.

But let's discuss the real 'feature' of this phone, its camera(s). 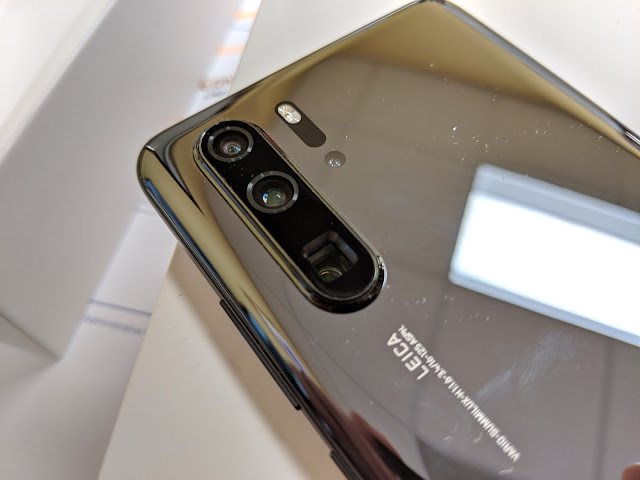 Again, as a cursory opinion piece, I haven't really dived into all the features of the camera.

The photos look good, I've not set it to the "VIVID" mode I had
in previous, something that's immediately recognizable as a Huawei phone, so it looks more 'realistic'.

The big feature is the multiple cameras, including one that acts as a zoom.  There's even a wide angle one.

The only problem is that it's hard to really switch between.  I want it on 40MP, but then when I want to try either wide angle or zoom in, I get a notification that it can't work in that mode.  So, I have to switch to the 10MP mode in order to zoom around (which switches to 20MP on the 0.6x wide angle, then 20MP for the 5x).  There will be a mixture between the optical and digital zooms to make up to 50x zoom.

So, how well does it work?  The 5x zoom is pretty good, and even up to 20x is quite good.  But the super zoom up at 50x is very very jittery -- so obviously you'll need something to steady it.  the results still aren't as exciting as you might expect from their promos, but it's still pretty neat.

As with the other Huawei phones, there's the portrait mode where you can have a nice bokeh effect.  It had typical results. There were even several other modes to play with, super macro, the AR (where you can pretend to be an animal).  Nothing we haven't seen before.

It is rather a bit of a let down when most of those features disappear when you go into the selfie camera.

The results of the camera are good, and all true to colour.  DxOmark has rated it a 112 - the new top king camera. 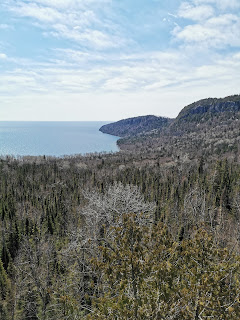 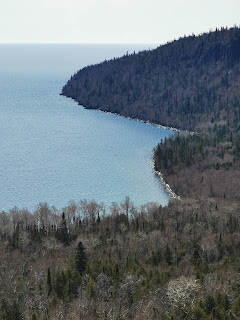 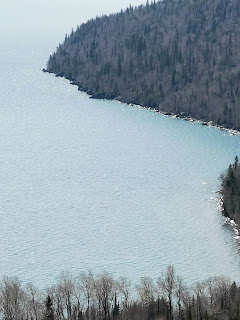 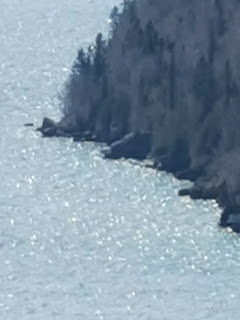 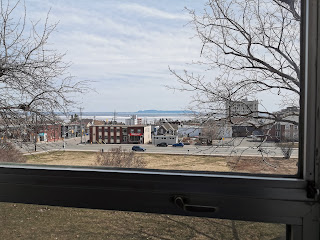 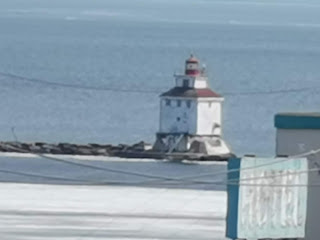 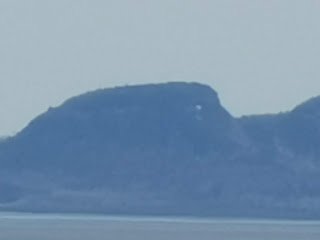 Taking this picture of my son out on a bike ride to school you have the regular shot, then 5x and then again at 20x 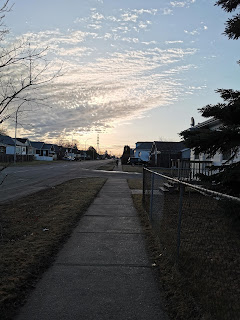 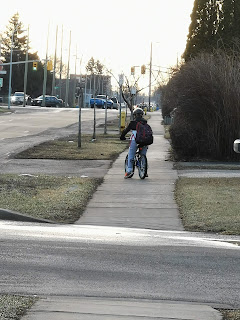 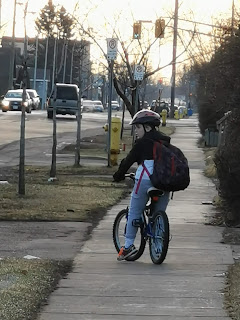 Just some regular shots that show off it's autoexposure quite well 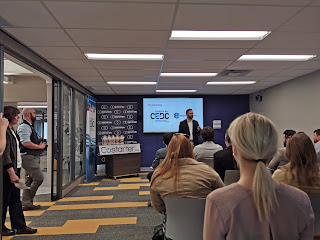 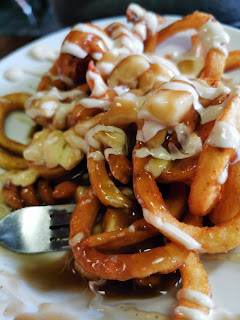 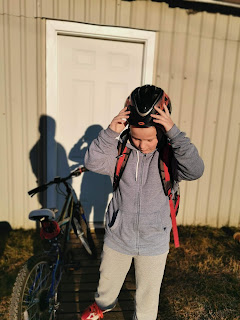 And you can't forget to try out some portrait mode (I'm not sure I see the difference in all those modes like 'swirl', 'hearts', etc...) 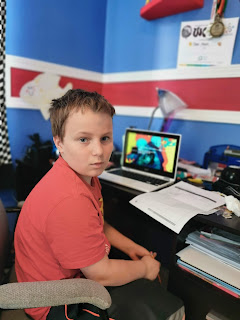 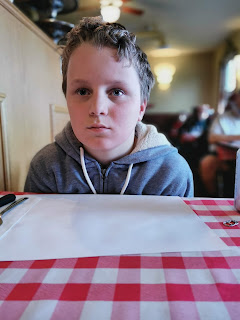 There is even a feature to start to sort out your photos based on content - something we're used to with Google Photos.  There is also a highlights feature, but after the time I've used it, I've not had it kick something in.

The camera is good, I don't know if it's THAT much better than my Pixel, but still good.

The real REAL feature of this phone comes in from the battery.

I've been able to play Fortnite and PUBG and run my normal day usage - however, I've had a hard time getting the battery to ever get lower than 70% after a day.  I've even not put it on the Qi pad or charger in the car.  It's consistently been predicting 30h of use out of the phone, and I believe it.

That is amazing.  It's not super thick but it has a huge battery.

Now, the downfall of this device... I'd kinda already mentioned in other discussions about it.

The glass.  It's all glass - and super slippery.

The fact that I've had a few anecdotes about others since my post really has me concerned.

This is an otherwise near perfect phone.   Some niggling features, but I can definitely overlook and not notice.

I'm going to wait to do a full video review in a little bit ... just would rather you not see it in its current shape.

What else are you curious about for further follow up?