In my spam folder was the release for this new "CELL PHONE SEAT"
(is cellphone one word or 2?)

Essentially, a 3D printed frame that fits a base ring into the cupholder and then has a base holder for the phone itself.  It's on Kickstarter right now $16USD. 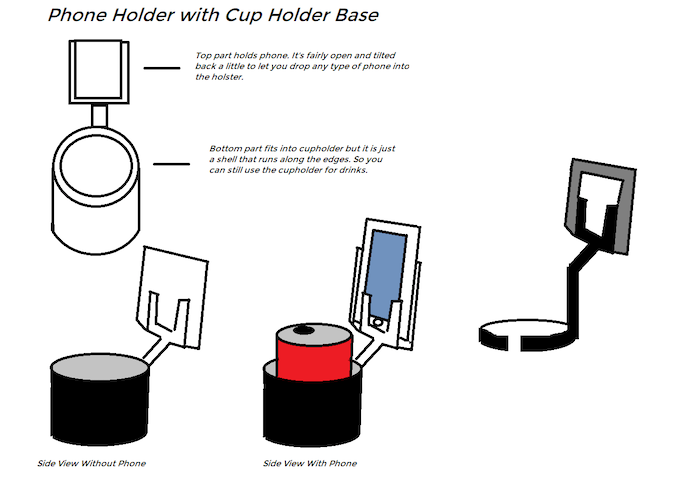 That's not what I first saw, but I thought it pretty much sums it up.

I thought - c'mon that's had to be done by now... but I see many that block off the cupholder and none that allow you to still use the holder for your coffee and your phone is out of the way.

So kudos to Scott for getting this.

From the product pictures it looks like a simple 3D print, but maybe with reaching Kickstarter goals they can get some moulding done instead.

Hope he's got some provisional patenting on it to protect the knockoffs that would flood soon thereafter.