Foldable phones - are you an innie, or an outie?

Posted by Ryan Moore on March 05, 2019
Okay, it's been a while since we saw one of the bigger innovations in cellphones in a while - the idea of foldable screens. 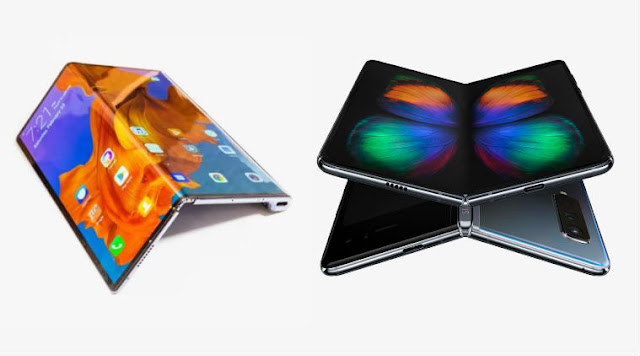 plus we hear that there's going to be the Moto variant to look like the ol' RAZR.

It's cool.  When we think of where Smartphones have come and where they have yet to go this is probably one of the bigger 'launches' in a futuristic direction.  Remember that movie that came out a while back, Her?  I liked it, creepy, but I liked it.

One of the things I remembered the most was that their mobile device was a tiny little screen that folded out when needed.  This is that option.

I'm not about to dive into specs or all that kinda stuff that others have run to death on ... instead, I wanted to talk about the 'concept' itself and thoughts I have on it and potential concerns.

With 2 variants to choose from and each of them does the tech in a different way, it begs the question:  "Are you an innie or an outie?"


Okay, let's set aside the costs.  At >$2000USD for either variant (we're expecting) this isn't going to be a mainstream device.  Even for someone like myself, and I consider myself an early adopter, I'm not ready to shell out the money for something like on iteration 1.

But I like the idea.  I love the idea of just enough screen for 'most of the time' and then a larger screen for those moments I need it.

I hate to admit it, but I actually get used to the smaller size of my iPhone 8 and it comes in handy now and again, but I couldn't use it all the time.  The ability to swap between sizes of screens ON THE SAME DEVICE is like a huge dream of mine.  Whether it's able to plug it into a screen or something a la DeX or just flip it out... awesome.  I remember a discussion a long time ago with @Tom Gray about some of our dream phones, and aside from the fact that he wanted a phone with NO bezel, there was the concept that the phone screen could be 'coiled up' inside and you pull on an edge to reveal more screen, similar to a scroll or something.

We aren't there yet Tom... but getting close.

Anyways, getting off topic.  For what we have to choose from the basic separator is the fact if you want to have the of the screen to 'in' or 'out'.

With the Mate X, you have your 'book' of a phone and the screen is the outside cover of the book.  There's nothing inside the book, it's all the fancy cover.

With the Galaxy Fold you actually get 3 displays.  There's a display on the front outside cover, but the folding screen appears when you open the book and it's there on the inside.

Right there reveals the first big difference.  How you want to fold your device.  Do you want to fold it open and make it bigger or essentially switch screens?  I'm not sure which would be preferable.

I'm thinking I'd like to keep working with the screen I'm already using, just suddenly make it bigger.  Also, with fewer screen elements, slightly less concern about something failing.

Then there's the issue of how you do it.

The Sammy seems to have an intuitive style already to it.  You know how to open a book, it makes sense.  The Huawei you have to actually flip it from the 'bump' on the left and you fold it to the right (the opposite way a book goes) and then have to flip the device around because you're opening it away from where you're looking.

I'll get to the bump in a second.

My concern also comes into how I put this thing away in my pocket.  Ideally, with Samsung, having the folding screen protected by the outside 'shell' of the device will protect it from scratches.  When I'd put away the Huawei the display screen is exposed on all angles.

I baby my devices and always make sure that there is nothing in my pockets to potentially scratch the display - just with the Huawei I'd have to worry now about 2x the displays potentially being scratched.

But .. here's another issue.  Whereas the Mate X folds flat on itself, the Samsung has a slight 'gap' in between the displays when it folds, leaving a small 'teardrop' open space where something like lint or tiny bits of sand to get into.  Might that then leave the Sammy prone to having stuff get in and then scratch itself?

I'm torn on which is better.

I'm liking the idea that I'm always using the better display on the Huawei  ... either full or half.  Most often with this phone, we'd probably use just the half anyway.  If that's the case with the Samsung then you're using it's slightly less than best quality display

What I like about the Huawei is that it has that 'bump'/grip and.  In standard mode it's on the left.  It acts like a bit of a handle, and it's where you put your camera and sensors.  Makes sense.  Just makes it slightly wider.  Which is okay, the Galaxy fold looks a little too 'tall' for me.

What was really neat was how there's really only the one camera on the Mate X.  It's the front facing or the rear facing depending on how you hold it, and with displays on either side, it makes it easy to see what you're taking.

So, which are you?  Forget brand and specs and price ... which variant are you more apt to find more useful?

Are you an innie, or an outie?
fold Galaxy Fold huawei Mate X Opinion Phones samsung