How to get Meltan in Pokemon Go - Tips and tricks 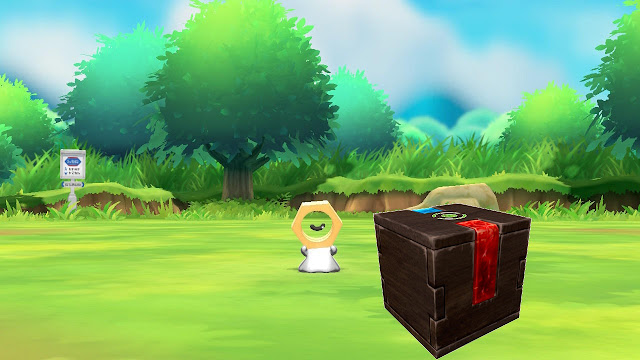 Meltan and its evolved form Melmetal are new Pokemon who got introduced before the Launch of the Let’s Go Pikachu and Let’s Go Eevee Switch games. It is the first time that we get a new Pokemon who was not part of the original games or anime. Nintendo and the Pokemon company successfully created hype around this new Pokemon who first appeared in Pokemon Go in September (Ditto was disguised as Meltan).

You can read all about Meltan here: https://pokemonletsgo.pokemon.com/en-us/new-pokemon/

Luckily, there is a way to catch Meltan in Pokemon Go.

In order to get Meltan to Spawn in Pokemon Go, you will have to get a special item called a Mystery Box. The Mystery Box can be obtained after linking your Pokemon Go account to the Let’s Go Pikachu or Let’s Go Eevee game on the Nintendo Switch

The Mystery Box functions as a special type of Incense. It will spawn Meltan every 3 minutes for 30 minutes. You can open your Mystery Box every 7 days but you will have to transfer another Pokemon to the Switch after those 7 days in order to re-activate it.

The Mystery Box originally spawned up to 10 Meltan in 30 minutes. It got boosted recently to spawn up to 20 Meltan!

How to get a Mystery Box in Pokemon Go:


1. Connect your Pokemon Go account to a Nintendo Switch with the Pokemon Let's Go Pikachu or Let's Go Eevee game

2. Transfer a Pokemon from Pokemon Go to Pokemon Let's Go Pikachu or Eevee. The Let's Go account needs to have reached the Go Park in Fuchsia City to do this.

3. Once you transfer a Kanto Pokemon to the Let's Go game, you will get the Mystery Box and it will appear in your Pokemon Go inventory.

Tips for when you open your Mystery Box:


1. Meltan is a Steel type so if you are lucky to live in the colder parts of Canada, open the Mystery Box in snowy weather for a weather boost. By doing so, you will have a chance to get higher CP Meltan and higher IV. Make sure you open your mystery box before 30 minutes into the hour to avoid change in weather.

2. Meltan is a tiny Pokemon so it is better to open the Mystery Box in an area without many spawns. If you are near lures for example, you may miss the Meltan when it spawns.

3. Turn on the sound and/or vibration to be sure to notice Meltan when it spawns.

4. Meltan Spawns every 90 seconds, so keep your eye on the box timer to anticipate a spawn.

5. It is not recommended to use the Pokemon Go Plus or Gotcha as Meltan can run away.

6. While your mystery Box timer is going, do not take any other actions in the game, like going into menus or clicking on stops or gyms and don't switch between apps on your phone. Doing so may disrupt the Meltan spawns and you will get less than the maximum of 20 Meltan,

7. Pinap every Meltan to maximize candy. You will need 400 candy to evolve a Meltan to Melmetal.

8. After catching all the Meltan that spawned from your Mystery Box you can either transfer them and get one candy or trade them with a long distance Pokemon for 3 candy each (for 3 candy trade with a Pokemon from 100 km away or more). Keep in mind that Meltan trade is a special trade so you can do that only once per day.