Posted by Ryan Moore on May 23, 2018
It's funny, just a couple days ago I got one othe Google Photos reminder of 'remember this from a few years back' and it was 6 years ago I was playing with the HTC One S.  Remember the One?  The first launch of the Ultra Pixel phones (looking at some of the HDR shots back then and such a difference).

Fast forward a few years and things have happened with HTC that we have not seen much from them.  Their last flagship, the U11 didn't make it to Canada.

Well, today they announced the new U12+.  This one, it will be coming to Canada. 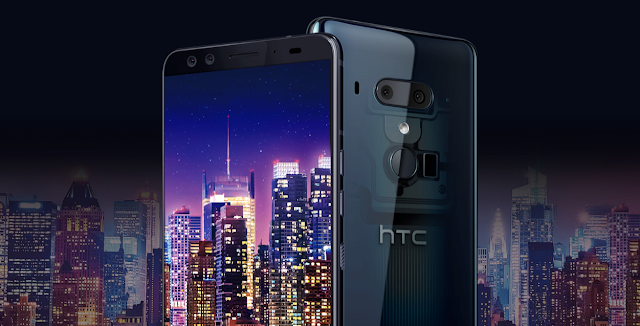 There have been some shakeups with the company, especially as Google has purchased a portion of the company to help with their own Pixel lineup, but that doesn't mean they're gone.  And today's announcement with the U12+ proves it.

And better than in the past, it was fairly straightforward to dismiss, because it never came to Canada.  According to MobileSyrup it will make its way here (all my old contacts with the company have disappeared, and have been trying to reach out).

Video makes it look pretty snazzy, and the Edge Sense 2.0 looks very useful.  According to MobileSyrup the pricing will be $1100 and then if you want to double the storage (to 128GB) it'll be $70 more (well worth it).

They haven't mentioned what carriers it'll be available on.

So what do you get spec wise?

So, for sure seeing 1 micron pixels for the camera is impressive and it's not sacrificing at a lower MP like they used to (sure it's an ultra pixel, but it's only 10MP ... ) it was a hard conversation to have with someone.

Having the dual cameras in front that are identical... interesting.  Obviously for that quick 'bokeh' feature.

But for me the neat seller is that the 16MP camera has a 2x optical zoom.  Meaning that it can actually smoothly zoom into a piece of the scenery and not sacrifice quality.

It'll be good just to include some variety and here's hoping that this is the marked return of HTC to Canada.

Now, the info just doesn't say if it's going to come to Carriers or will you purchase only on their site.

What do you think of it?