Posted by Ryan Moore on April 30, 2018
Not everybody out there needs a flagship.  There are still many people out there who are being forced over from their flip phones to go to something 'smart'.  Watching all the retired guys in the band do this has been somewhat interesting.

Watching my dad pick out his phones has been similarly interesting.  He thinks he needs top end specs, but he doesn't.

For those that realize they don't need something top end the choices can be somewhat harder.  There's not a lot of advertising out there for 'mid level' phones, and there's quite the selection to choose through.  Let me show you here one I think would make a good selection.

The Asus Zenfone Max Plus M1 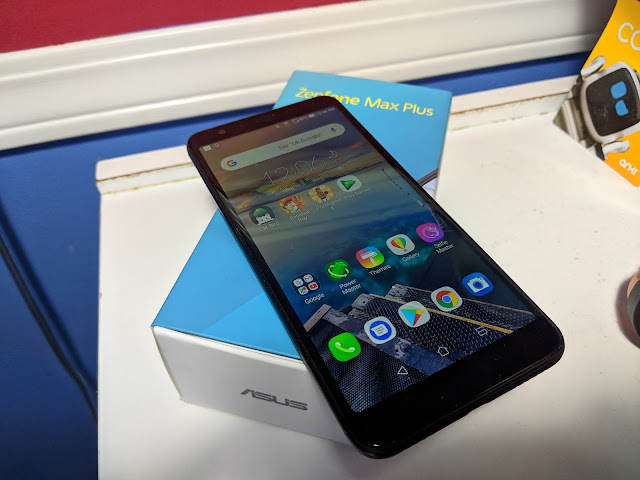 Picking out the name brand is fairly straightforward, but it's not often associated with 'phones', and more tech, which I've always debated about will that help or hinder.  "Well, Tom has this LG phone, but I do have an Asus monitor for my computer".

Asus does a good job with their phones and is a decent buy, it's just unfortunate that they're typical audience for these phones are probably not going as far afield to look at phones needed for this.  You can't pick up this $300CDN phone at any carrier, you can only pick it up online.  That's going to be a barrier for most.

Anyways, let's dig in here and see what this $300 phone gets you.


First up, just to remember that it's a $300 phone.  So you're not going to get top end specs for that kind of coin.  Here are the specs you will garner:
Aside from the MediaTek chip, those aren't specs to sneeze at.  3GB of RAM should be enough.  32GB storage is more than likely enough for a moderate user.

Personally, I found the device overly small for a 'plus' ... which made me wonder why it got that moniker.  Ah, the 4130mAh battery.  Yeah, that's a plus for sure.  That battery will last days with the right user.  My dad gets almost 4 days with his Moto X Play's 3630mAh.

But the Plus usually comes from their screen size description, and this is where it's interesting for Asus.  This is their first phone with the 2:1 ratio, which is good.  I've really gotten used to this display ratio - and it does allow the smaller body phone get a larger screen display.

Speaking of that screen, it's a gorgeous screen actually.  I didn't have high expectations out of a $300 device and it wasn't QuadHD or anything, but it actually has a very vibrant display.  Well done Asus! 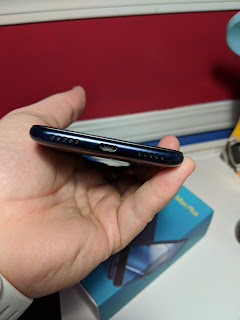 Rolling the phone around in the hand more there's one huge glaring issue.  Only microUSB?  Oi.  It's 2018.  Seems weirdly anachronistic... but I guess that depending on who it's targeted too, telling them they need a new charging cable than the one they've been using. 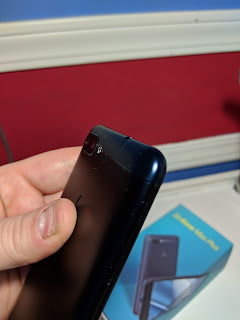 The device feels really nice.  It's got a solid feel and the curves on the body are ... fluid.

The fingerprint sensor is in the back, and it's a sensor, not a button, so you just need to tap it to bring up the system.

Okay, let's turn the device on and start to use it.  How does it handle?  You hear a lot of talk about MediaTek being the cheaper alternative, but does it stack up to the Exynoses (exynosese?) or SnapDragon toting devices.

In a word - sluggish.  Now that could just be me being a bit of the smartphone snob, expecting this to zip around every corner.

Sure, it handles everything just fine.  PLaying a game, navigating through menus and scrolling through social media.  Where it's noticeable is when you switch between apps, or load a new app up.  I'm thinking this is where the 3GB RAM can have a bit of a struggle, or the MT struggles to manage.  Not sure.  But seeing blank app screens slowly for brief moments every time you would switch was a common sight.

Give it to my dad and I'm sure he wouldn't even notice ... but me, who's been rocking some of the top end flagships, well, I see there's stark contrast.

In other terms of software, there's not a whole lot to talk about for Asus.

Which is good, and bad.

Good because I'm not bogged down by a plethora of apps I may never use, or overwhelm the user with options or extra doodads and gidgets set to confuse.

But bad because there's not a lot to help differentiate this phone from another on the market... not that the software tends to be on anyone's deciding factor.

There's the themes engine, which is neat and does make it simple for folks to customize their device, there's a battery boost / optimizer / phone health app where it helps to look through the device and determine best settings to get the best life out of it.  Not sure it's that necessary when you have one of the hugest batteries out there.

Any real 'custom options' I saw were centred around the camera. 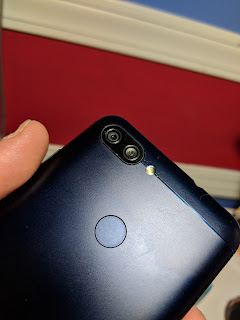 Let's talk about the camera then.

To start, it's got the dual camera set up on it, and it can be quickly launched from screen off by tapping the volume key twice.

You can switch between the cameras easily via a button, which makes it really easy to tell which you're using.

Now, one thing I noticed when using the camera is that on the wide angle camera there is a noticeable distortion.  And you should get some for a wide shot, but it seems like it's not that much wider for how much it bends the shot.  Maybe it's just me.

When using the main camera, it felt like there was a bit of a 'tunnel vision' when using it.

Whatever was framed to be dead centre, looked 'hot'/bright, and then as you looked around the frame, to the edges there was some vignetting.  Not sure if there was something with maybe the IR focussing or not, but it was pretty noticeable to me.  In the photos as well it felt like it too.  Another annoyance was that I did find it a little slow to lock focus on its own.  Even tapping an object to focus it sometimes would lose focus after a second and then come back.

The vignetting aside, the shots were pretty good. 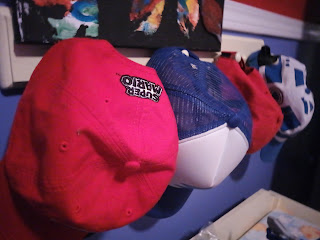 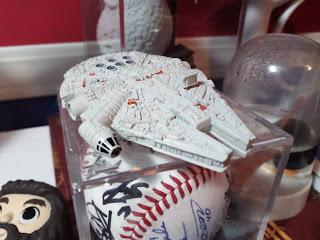 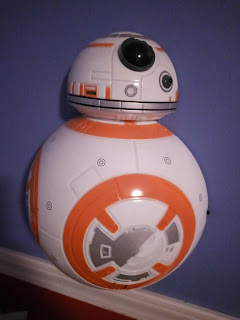 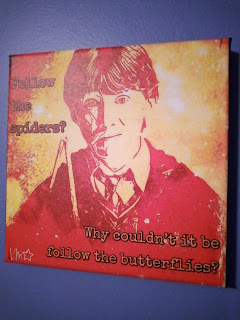 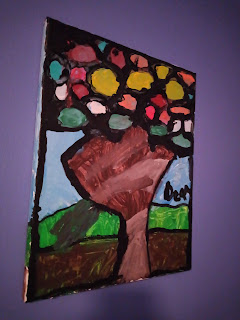 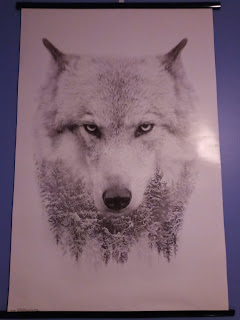 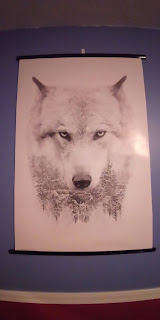 There's a special "Selfie" camera app that lets you play with beauty filters as well as make collages/videos and even live streaming. 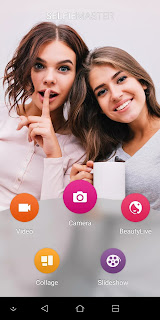 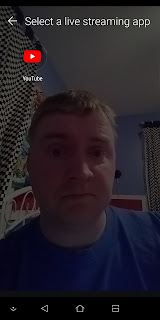 I could do with a stitch more in terms of tack sharpness, but for most people, it'll be just fine.  Again, for $300 you're not getting something with top DxO ratings.

Overall, ... and again, I keep going back to the 'this is only $300' defense.  ...it's not a bad phone.  Sure, it's got some marks against it, but for the typical user, these are issues that would probably not even be noticed or cared about.

The big advantage of having a decent phone for a decent price for the right user is that they can take update the phone and not have to update their plan.

More and more the folks that I've talked to about changing their phone, or being forced off a flip phone, is that they don't want to be forced into paying for a service plan they'll never use.  With this, they could take their SIM and plop it in and keep whatever rate they were using.

That is the market that I hope Asus is chasing for this phone as I think it would fit with them perfectly.  However, not being able to find the phone except online will be a barrier for those folks.

If you're reading this, chances are you are not the target market for this phone.  But maybe you know someone who is ... suggest they look at this.
Asus Phone Phones Review video Zenfone Max Plus M1