Posted by Ryan Moore on February 12, 2018
I'm not a case guy.  I love my phone(s), just as the manufacturer intended.  Phones are sleek, sexy and are made to fit your hand just so.

It made me cringe every time someone in the shop sold a cool phone and then slapped a godawful brick around it.

So, I would prefer to have my phones naked.

But, there's the whole "protect my investment" argument I totally get.

Personally, I think that if I'm going to drop my phone and break it, the case really won't protect it that much.  So, really any 'protecting' I need on a phone is from scratches etc...  I really baby my phones, never put it in the same pocket as keys or whatnot.

On the Pixel 2 XL I've put on the Live Case, and it's not so bulky, but still too bulky for me.  It was probably the reason why I chose the G6 as my favourite because it felt just right.  The case made it feel cumbersome. 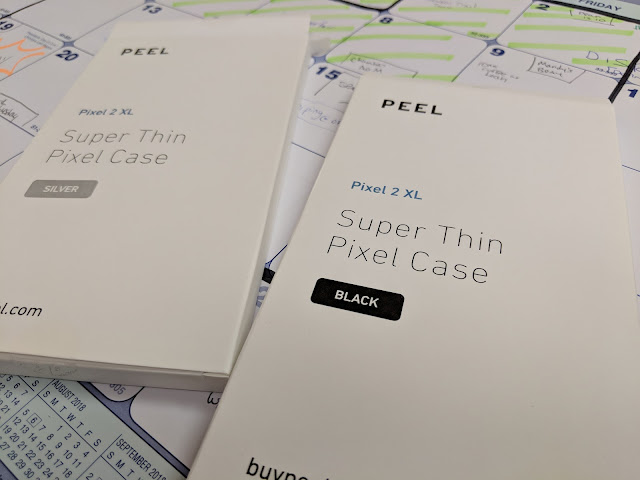 So, let's find an alternative case that it's so large.  Enter the Peel case.  Touted as the 'in between naked and bulky' case it's only 0.35mm thin.

Let's find out how good it is.  The TL;DR is that it reminded me how thin the Pixel is. 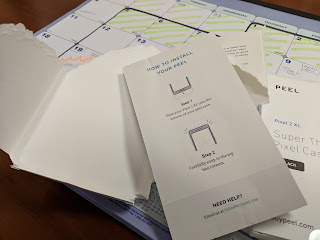 So, I get the box, and I have to say, for a simple case they really made it hard to get into.  You couldn't slide the case up out of the box so I ended up having to rip it all up to get at it.

What I loved seeing upon opening it up was an instruction manual.  They want you to slide in the phone into the case bottom first.  Personally, I like to put it in on the side of the buttons first.  But that's just me. 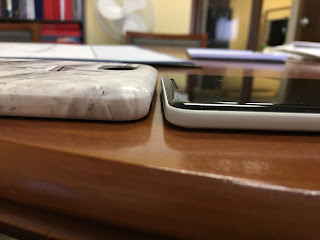 Feeling the case itself ... it's thin.  It's very thin.  After having been used to a bunch of different TPU style cases, something that is thin and not rubbery is ... awkward.  It's like a 'dried out' cling wrap.  Almost like a wax paper.  It's flexible, but it won't fold if you bent it too far maybe it'd crease.  I didn't try.

But you slip it on the phone and it feels like it disappears.

Now having something that thin on your phone poses a couple problems.

First up, I noticed that the buttons are now flush with the case.  In others, there are buttons that sit beyond (you press them and then they press into the actual button), but when they're flush, it's a little harder to actually press because you have to press IN.

The other is that if you've been using a thicker case, the sensitivity of the Active Edge.  Even just taking it out of the pocket caused it to set off.  So, adjust accordingly.

Outside of that, it's a case that'll protect the back of the device from scratches.  Because the case doesn't go higher than the edge and glass you can't set it face down without it lying on the glass.  That's what I really would have wanted, personally.  I want to protect the glass, not the back. 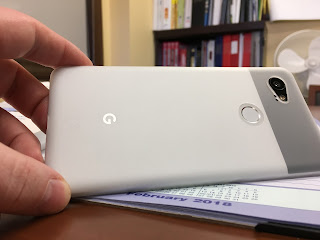 It is thin enough to be sheer, even the 'black' is very reminiscent of like pantyhose.

The whole thing reminds me of some type of condom for your phone.  Like it's not there.

Anyways, for $31CAD it's a bit much to be paying for something that doesn't seem like its there.  Personally, I'd prefer it to protect the front.  I guess I'll have to get some screen protector.

But it does feel so sleek. 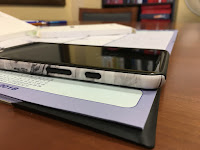 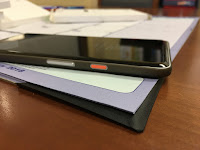