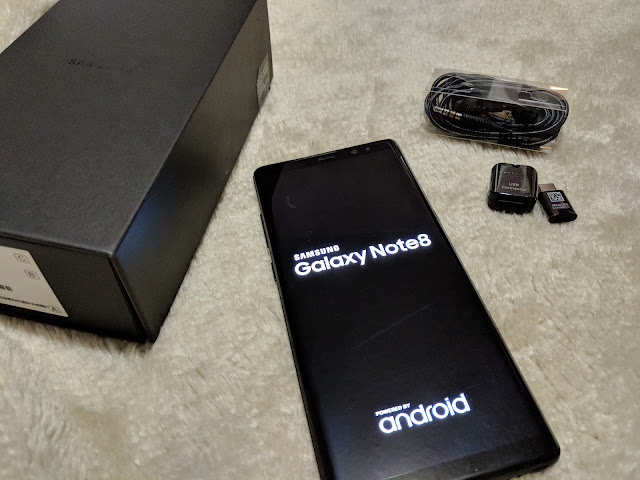 The Galaxy Note 8 arrived in house and I was excited to try it.  A lot of people were really throwing shade on the Pixel 2, saying the Note 8 was a better option, so was enthusiastic to give them a comparison.

(and just so we're clear here, this is the Note 8 that's the Phone... not the Note 8 that was the tablet ... I guess we better just pretend that never happened)

Now, after taking it out of the box, I found that it was very similar to the Samsung Galaxy 8+, which I reviewed previously here: http://www.androidcoliseum.com/2017/06/review-samsung-galaxy-s8-even-android.html

And that's going to be the theme of this review, that really it is the S8+ but has the addition of an S-Pen.  Now there are a few other features that it has that the S8 didn't (or as far as I know it hasn't received since I reviewed it.

First up, how about we talk specs:


Okay, so a few more specs than the S8+, namely the dual camera, the 2 extra GB of RAM.  Strangely enough, it's less battery than the S8+ ... probably due to the space of the S-Pen requires.

Now, physically speaking you could really put this against an S8+ and someone wouldn't know the difference, it even has a  headphone jack.

If you cared about that kind of thing...

It feels pretty good in the hand.  For me, it's stretching the bounds of what's comfortable.  I still can't believe that they put the fingerprint sensor on the back way up to where it is, it's very hard to reach, especially at this size.

The features for unlocking are exactly the same as on the S8+, so again, I'll stress that you visit the review I did on it.

Even the force touch feel of pressing the home button is there.

But, let's talk about the differences. 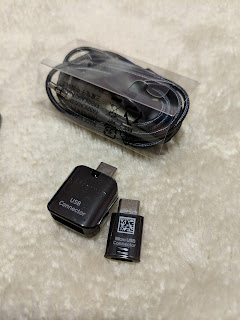 First up, the accessories they include in the box.  I didn't get a box with the S8+, so I can't say for sure that they weren't included, but Samsung included not only headphones (can't remember the last time headphones were included) and then included 2 USB-C adapters: a USB-C to a USB-A connector (if you wanted to plug in a USB stick or mouse, etc..., they also included a USB-C to microUSB connector (so you can still use all those cables you had before). 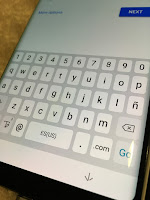 Next, I found it odd that when I turned it on it automatically had Spanish as its default language ... didn't think much of it except that when I ran through the set up etc... (picking English) that there were some remnants of Spanish throughout the phone.

Like in the app folders had an "Applicaciones de Microsoft", or the keyboard had Spanish as the first language and had to set it back to English.

I'm sure that's just a glitch.

Now for other software, again, a lot is the same from the S8+, so go read that review here to read about the software features like Game mode, Edge Panels etc...

One of the new features I did find was a new feature where you could hide the navigation bar.

Really gives it the sense of a 'full screen'.  There is definitely less bezel on this than the Pixel 2 XL and it gives it even more.

Another is a feature where you can select a specific app to always have its sound sent to something other than the speakers on the phone.  You select an app (say Spotify), and then you select a sound device (say your speaker bar or something).  Pretty cool.

Another was the "Live Message" feature.  This was pretty neat.  You select it from the keyboard and then you can have a little drawing pad that you draw a picture/message there, and then it sends the animated gif of the drawing.

It was cute, but dependant on where you're using it (hangouts, SMS are fine, but you couldn't easily do it in an email ... probably).

Last up, let's talk about Bixby.  Bixby gets a lot of heat for being 'yet another assistant', and rightly so.  Google Assistant is also built in, but Samsung really wants you to try it.  So, I did.

I gotta say, it didn't work out too badly.  It takes some getting used to that you hold the button down for it to work and start listening and when do you let go ... just watch the video to see what I mean.

Also, Bixby is accessible by the S-Pen, similar to how I used Google Assistant with the Pixelbook pen.  Pull out the pen and there's an option for Bixby Vision.  It's a little more complicated to get working.

I did find Bixby screen a little more useful with location suggestions and the search results for inane questions actually worked.

Still, I'm tied to the Google realm.  But they do try to lure you in with gamifying it by allowing you to earn 'XP' by doing different commands.  Neat, not sure what it'll do tho'.

So good stuff all around.

Now, the camera.  It has the dual cameras, so you get a 'normal' and a wide, and the specs are very similar to each other.  The DxO folks have rated it on par with the iPhone 8 ... so it's very good.

I enjoyed taking pictures with it.  The double tap of the power button brings it up VERY fast.

Did it a better job than the Pixel 2?  It did okay... I found it did a really good job of trying to get a nice overall exposure, but sometimes there was something that suffered.  Did it make me go 'blah' ... no.  It was still better than a lot of other cameras.  And it did work FASTER than my Pixel 2.

I have some sample shots here in full resolution:  https://photos.app.goo.gl/oEg4GAGMQ2cblLI82 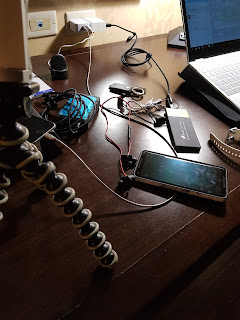 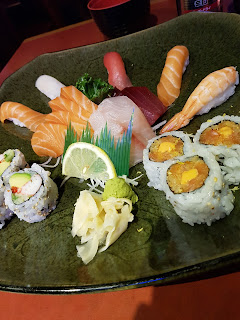 in very low light it worked quite well 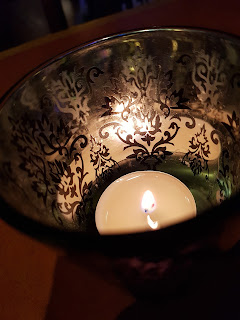 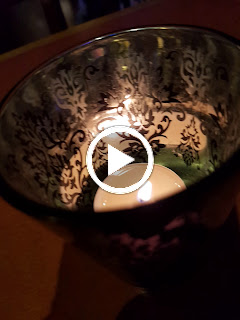 Here's a sample of the 'action' photo.  It'll let you save the motion as an MP4 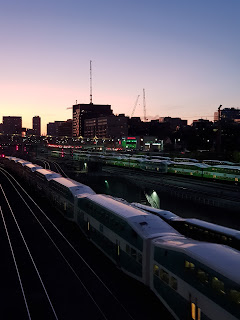 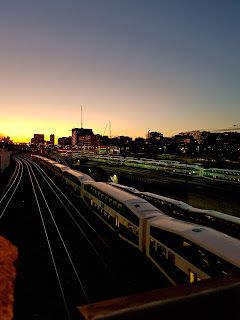 You can see the difference here in the 2 lenses 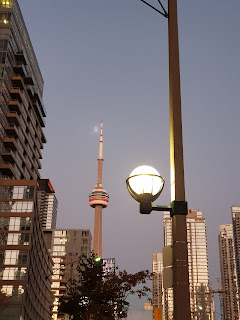 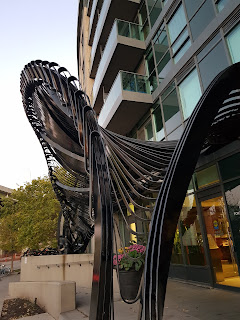 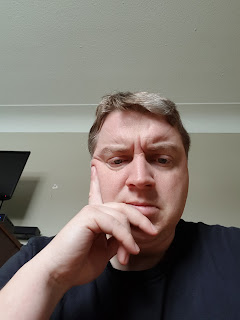 yeah, it has a selfie camera on it too

Overall, I'm loving the phone.  It's a hard pill to swallow for the cost.

And I wonder how it would perform if there weren't the Samsung apps all up in there.

Yeah, Samsung still packs a fair bit of their own apps.  Luckily, you can choose to not install the ones you don't need right from the beginning.  So be discerning.

Is it for me?  Well, I do like that for the size it's fairly thin.  The 18:9 (well 18.5:9) ratio allows it to be skinny for its height.  But it's still a little tall for me.  I never did get used to doing that finger move up to the fingerprint sensor, and the Iris scanner just required me to double tap (or press power) then swipe up.  It worked fast enough, but it meant a few extra actions.

The battery, some folks are giving it failing marks there, but I'm finding it okay.  Sure, it's not lasting FOREVER, but it's lasting long enough for me.  Plus, we have QC3.0 or Qi/PMA wireless charging.  So either we can put it on my quickcharge charger and gain a bunch of % quickly, or leave it on my wireless charging pads in order to get a nice slow build over the day.

Really, it boils down to with this device is whether you want a pen or not.  Sure, it's got 2 cameras (but are you going to miss it?), and 2 extra GB of RAM ... not sure you'll ever notice the difference now.

Were it me.... it's tough.  I love that it has Qi, I love that it has a microSD and I think the pen is neat.  But over the S8 ... hrmm... tough call.  I personally find the pen just slightly too thin compared to its predecessors, and I'm not sure if I think I like this or not being so slim but I had no issues using it at all.

Where it falls down for me would be the placement of the fingerprint sensor.  That's what would keep me from making it my daily driver.

But if you have bigger hands or mind using a pin code, you'll be fine.