My Beefs with Android Wear 2.0 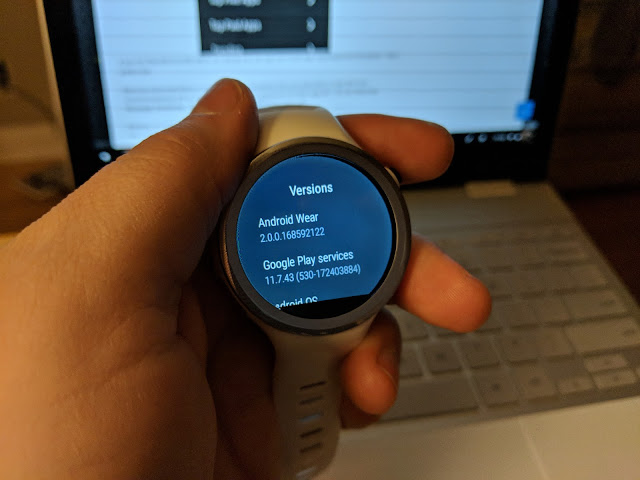 Now, caveat here is, that despite the issues I'll discuss here, I still LOVE Android Wear, and you can see my main highlights here:  http://www.androidcoliseum.com/2017/10/i-went-week-without-android-wear-and-it.html

That being said, new things are sometimes a pain to me ... I'll admit, I'm slow to adjust to new.  Well, not if it's sown to be superior, I'll buy in quickly if you show me it's a better way.  If not ... I drag my heels.

One of the things I've had to get used to is the dramatic change from Android Wear 1.0 to 2.0  So what are they?

The first thing I noticed was how you access your apps.  Previously, you'd swipe from the home screen to the left and be presented with your app tray.

Now, we just press the button to bring it up.  It's okay, but I don't like how it's meant to 'dial'.

A minor nuisance, but I can deal.

Second is the apps themselves.  Prior, apps on your phone that had a Wear companion app they would show up automatically on the watch.

With Wear 2.0 you have the Play Store on the watch.  It's a good thing, but initially, it takes a long time for these apps to load, and unless you know what you're looking for, finding it is hard.

If you'd been used to using Endomondo, or other apps that wouldn't auto install on Wear you'd be hard-pressed to find them (then again, those getting Wear tend to be pretty tech savvy).

Thirdly, one of the main things I use my 360 Sport for is going running.  So, aside from having an app installed specifically, I use my watch to play music.

On Wear 1.0, using Play Music, I can tell it to sync specific playlists to the watch.  With Wear 2.0 the Play Music app doesn't let you do that.  You have to go into the Play Music app on the watch (ensure it's installed, of course) and then go through the settings (which aren't as intuitive as you may think, and if you have some spotty internet, it can take some time for playlists to show up), find the playlist and tell it to sync.

Okay, not ideal, but doable.  At least I can still edit the playlists on the Play Music web or app and changes are synced on the watch.

The major downside here is that I can't "Play All" music on the watch.  I can play only specific playlists ... and I can only listen in the order that they're in.  No shuffling... nada.  I get bored of routine quickly, so I love random shuffle.  Best happens here at least that it starts up on the song I last left off on, so I don't always start my run with the same song, or hit the 5 lap with the same song, etc...

My biggest pet peeve about it all is the timeout of the display, it seems REALLY really short.  Go to load up an app that takes a few seconds, get slightly distracted (i.e. take focus away from the watch) and suddenly it's back to the ambient display.  Wake it back up and you're back at the home screen needing to reload the app.