Using Taps - fingerprint use with gloves on

Posted by Ryan Moore on November 23, 2016
So, yesterday I asked you what type of security you use to lock your device (see here).

Most of you suggested fingerprint.

Now the problem is that it's becoming winter time.  Sure we have accessories like NanoTips and Glider Gloves to let us use our phone out in cooler times (and winter sure has hit my corner of the world... sigh).

But what do I do when I'm using a fingerprint sensor to unlock my device?  Sometimes with the backup code or tapping it's still just a little hard to be as accurate with those devices. 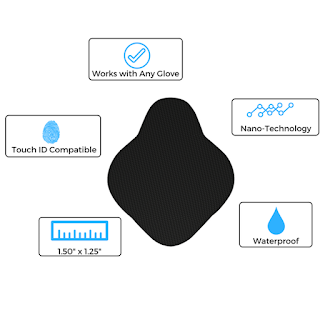 
Essentially, they've taken their Nanotips product and made it just a sticker.  Stick that sticker on a glove finger/thumb and it'll work to interact with the screen.

Even better, they're claiming that you can use it to set it up as a TouchID (hopefully for non-iOS devices too) so you would register it as one of your 'fingers' and it'd recognize it and get it to unlock the device.