Canada gets in on testing ground for ChronoBlade

Posted by Ryan Moore on October 12, 2016
It's not often that us as Canadians can get in on something earlier than others, so that when it has happened, I have to let you know.

Now, this new game coming out by Netmarble who's released a bunch of games, called ChronoBlade is having its global launch soon, but before they do that they are launching the closed final testing grounds to Canada and Singapore. 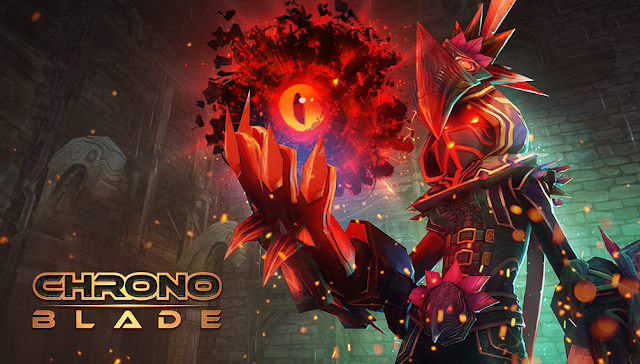 So what is ChronoBlade?  Well... it's better that you just see it:

Gives you the backstory, but how is the game?  It's a typical 2D action fighting game with some options for some customization and a bit of the RPG to help arm them

I've been out of town and catching up on some backlog and downloading the game now and getting used to it (it's always awkward learning a new game).  But I'll do a review shortly.

SEOUL, Korea (October 07, 2016) – Netmarble Games Corp., the fastest-growing mobile game  company in Asia, today announced that it has started the beta test for the upcoming action RPG ChronoBlade.  The beta test will take place in Canada and Singapore only, as it will be the final testing process before the upcoming global launch. Select regions can download the game from today while other regions continue the pre-registration.

ChronoBlade, the action-packed combat game, features an exciting arcade-style, side-scrolling “Beat-‘Em Up” experience based on a mix of fantasy and sci-fi themed worlds. Players in the game can go through extensive customization of their skills, runes, and costumes to a new level. Runes add strength to the defense power, skill damage, and other special abilities. Costumes give characters a unique look through the various headgear, weapons and armor, and also adds statistical increase.

The game also features 3 different PvP modes including a Real-Time Arena and Invitation Arena that gives off an action-packed battle experience. It also features over 24 different unique skills per character, allowing players to show off the powerful action that each character has.

“We are happy to debut ChronoBlade through our beta test and hope that many players in the select
regions take part in the exciting action that the game has to offer,” said Seungwon Lee, Chief Marketing Officer of Netmarble Games. “We hope that players in other regions continue to pre-register for unique costume benefit before the global launch of the game.”

With the beta, Netmarble will start a player event on its official ChronoBlade Facebook page (www.facebook.com/chronoblade) from this month that gives away Gamevice devices. Gamevice is a patented controller that fits onto mobile devices and turns smartphones and tablets into a mobile console machine. The device is compatible with more than 850 games including ChronoBlade. More information on the Gamevice giveaway event will be posted on the ChronoBlade Facebook page.

Gameplay features and standout characters in ChronoBlade, include:


Developed by nWay, a San Francisco-based game studio united by top developers, ChronoBlade is expected to launch on both iOS and Android platforms within the year. To pre-register and learn more about the game, visit ChronoBlade’s official website at www.chronoblade.com.
App Canada Game