Posted by Ryan Moore on September 27, 2016
So, usually when I get a phone, I like to protect it.  I hate putting it in cases, but usually find some bumper for the 'just in case'.  A bumper is about all I can stand for protection really as I love being able to fit it in my pocket without much bulk.

What I used to try to do next was put on some screen protector.  I've done a few frustrating things in my life, but my OCD can never let me install one of those properly.  I usually end up getting angry and throwing the $20 piece of plastic in the garbage after about 20 minutes.  If you can, use those Tylt Alin or this other kind we used to have at the store I worked at that let's you put it in a tool and install it like a an old credit card  'cha ching' thingie (you know, those old manual ones that you use to impress the card on a slip of paper).

Anyways, thankfully, last year I discovered the Liquid Kristal which was just awesome.  Maybe it was placebo but I've not had any issues with my G4 that had it on.

Fast forward to today and my iPhone is all scratched up ... and I baby my devices.  So I was glad to hear that they've now released the second iteration of the screen protector. 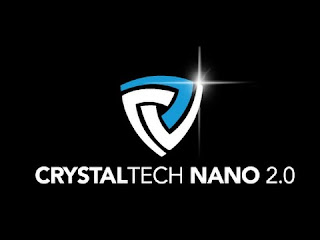 This version is called the CrystalTech Nano 2.0.

Now, I don't remember last year's model for specs, but this apparently is slightly thinner than before but offers 9H hardness protection, etc...

To apply it is the same as before.

I did a little timelapse video of me using it (because, really, who wants to watch me actually go through all the steps, it's very self explanatory)


Even better this year is a 'one size fits all' (last version you had a tablet or phone size).  Well with one swab I was able to actually provide coverage on my iPhone 6S, my G5, my Axon and the G Pad 3.  So 3 phones and a tablet, giving each a good minute or so of swabbing.  And they all look well coated and the pad still had some liquid to it.

The protector comes in at the same price as last year's for $20 for one, but the fact that I was able to treat 4 devices with one makes me feel that that's well spent money.

I tested it with a pin on the corner even after about an hour (they say wait for a 48 hours for 'full curing' but is ready to use after 5 minutes) and no issue.  I jabbed at it and no scratches.  Is it in my mind?  Would it have not scratched before?  Who knows, but I know it's got some great peace of mind going.  I wasn't as brave to try out the heavy guns like they did in the video below

My iPhone has had some run ins with something sharp as it has a few abrasions on it (I don't care as much for that phone as my others... it's a work device).  I tried the pin on it and got braver and braver without any visible scratches whatsoever.  So I think it's doing its job.

If you want to protect your screen, but you hate that stupid hassle of aligning the dumb pieces of plastic and watching for bubbles and all that annoying stuff... grab this.  Best headache cure you can buy!