Posted by Ryan Moore on August 03, 2016
As more new phones are switching to USB-C for their connection, it's hard to ignore that a reversible cable is attractive.  But, there's still LOTS of phones out there that use microUSB - so what are those with reversible envy to do?

Well, I've shown off WinnerGear's micflip cable before and I love it.  I've bought a couple extra for the house.  I love the braided cable, I love getting them in the long cable option (nothing worse than a cable that just reaches you as you sit on the couch and have to change your seating style so you can plug your phone in AND use it too). 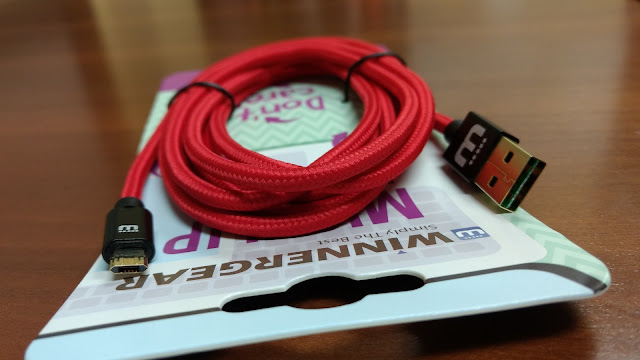 Why has it taken this long to come up with this?  Why haven't I put that kind of end on ALL my cables.  Much of my plugging in career has been like this: 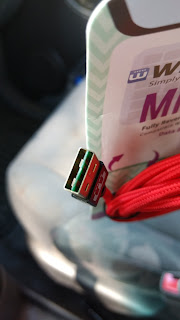 So, yeah, the end is made specifically to have space above and below the little ... is it a 'cantilever'(?) so that it can fit itself in connection no matter which way you plug it in.

I was dubious as it doesn't look like it'd work when you look at a conventional port... but I was surprised how easily it did work.

I found myself plugging it in and out several times, both ways on the first car charger and my laptop to just to convince myself.

Sure, $20 a cable is a little pricey for just a microUSB cable, but when you factor in that you don't have to fuss or muss.  For the few dollars more you'll pay, it's worth it to not waste time when you plug in.

If you're still on a device with microUSB this is a 'must have' cable. 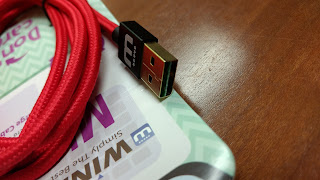