WeVeer's got a VR headset for you for some 'private viewing' 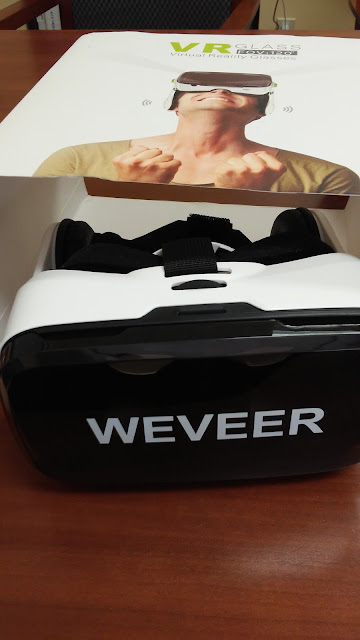 So, since Google Cardboard it's been a really cool time for VR.  Some say it all started with Google Glass, that may be so.  But I really like the idea.  When I got the chance to really try one out with the LG 360 VR it was cool and I really had my hopes up to try other VR viewers.

Then... well, as a reviewer of items we tend to get emails from just about a wide stretch of items.  Often it's just a media release asking us to 'spread the good word' and depending on it is I usually brush it off or ask if it's something we could review before we go and talk about it.  Usually there's no response and it's left at that.

Then one day I got an email about WeVeer's new venture and I thought it was another one of those "I'll just ask and that'll be that", but after asking for a unit they sent it on.  And then I had a moment of 'uh oh... my mom sometimes reads this site'.

So let's talk about this headset shall we?  And just a note, as much as WeVeer's intention is NSFW, I'm going to keep this as clearly safe for work as possible.

Okay, so what is WeVeer?

Plain and simple it's a heasdset of cardboard viewing of 360 content.  WeVeer just is taking a different angle (heh, pun) on what you can use this VR tech for.

But first, let's see what is contained with this viewer.

It's a nice full headset, not some simple piece of cardboard that you hold there with your hands - it's got a headsetrap that's fully adjustable and lots of nice cushions to make it comfortable for long viewings.  When you pop it open there's a cord for headphones as connected to the headset are some ear muffs for listening to whatever you're experiencing (and they have some ideas on what that could be).

Then there's a little button on the underside of the unit and that then engages a little 'nub' that pushes at the middle bottom of the screen.

Now, I didn't get one of the free 3 month passes to offer you any opinion on what that portion of their service is like, but for the Google Cardboard end of it I gave it an honest go.

And this is where I'm going to get a little sad is that there's still plenty of room to be done on this front.

Same for most of the cardboard apps you'll find on the Play Store.  Once the app is running it will be fine and it is an awesome experience to have especially with the attached headphones and the whole cushions on it really helps to isolate you in that experience.

But in the end you have to take the device out of the headset to get it set up properly, the connect and put it back in and then work.  There's a lot of 'mechanical operations' to get through to be able to get at the experience.

The Cardboard app has some interface, similar to the VR app from LG Friends - but right now the options are limited.

Maybe it's best to find some longer video to watch, get it set up and just enjoy the view while you have it... maybe WeVeer was right all along.