Posted by Ryan Moore on July 26, 2016
I was just starting to get 'update envy' when +Cass Morrison posts her most recent Samsung security update.  My phones had some really old system images, but that changes last night.

Now, I don't know when it officially happened - but for some reason I decided to turn on my LG G4 (I'd switched to the G5 and then to the Moto G4 Plus) and lo and behold there's an update.

It's a whopping 380MB and not only does it bring it up to a June security update, it brings Wifi calling options.

Better yet, it seems to be much snappier.  One of my beefs with the G4 was that it didn't age so well and was getting a little laggy.  Yet, this feels really nice.

Check your device for the OTA 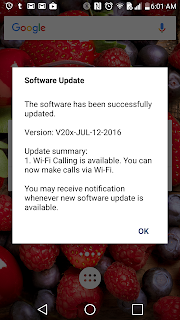 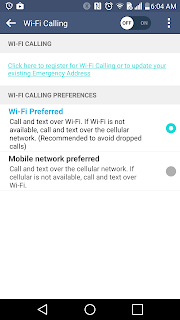