The LG G Pad 3 8.0 is the perfect hammock buddy

Posted by Ryan Moore on June 30, 2016
So, it's not been any secret that I've been a fan of LG.  But I've not been a big tablet fan.  However, the last tablet I really liked was the original LG G Pad.  It was great.  The follow up device was more midline than flagship, and the latest G Pad 3 also falls in the same line - it's not a top end spec device, but it's aiming to be the tablet I would pick up if I had the choice. 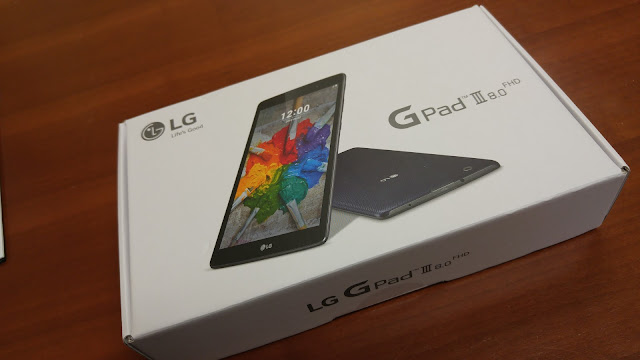 The long and short of it, is that because it is lower spec'd the battery lasts a long time, and then factor in their button to hardware remove the blue tones making it look almost black and white and the device seems to last forever.  That's my biggest take away.


Yeah, an octacore processor, and it has LTE for when you want to use it as a data device.  Currently it's available from Rogers and Fido, so I'm going to assume that it's locked down to that network (I was hoping to make it my roaming device while I travel ... we'll see). 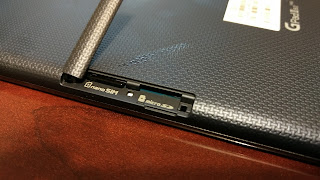 One of the the neatest features this tablet includes is the "Q" button, which essentially filters out the 'bad blue' light (as we all know that's the spectrum that has been shown to make it harder for us to fall asleep).  What's nice is that it's doing it (I assume) from the hardware level, versus an app.  This not only makes it easier to read, especially late at night, but makes the battery last longer (more later). 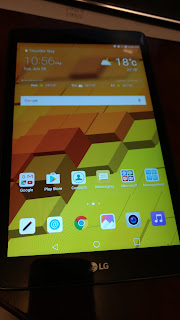 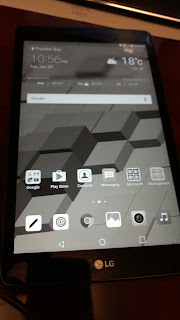 no, it's not black and white, it's removed the blue light 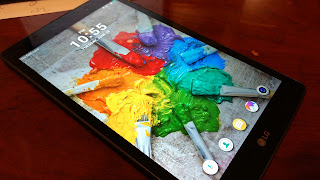 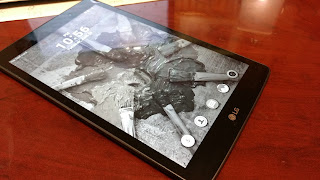 Oddest of all accessories is that the top of the device has a USB port.  I guess so you could plug directly a keyboard or mouse (or something else I guess... what... I'm not sure).  Just seems like an odd choice. 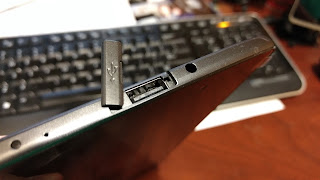 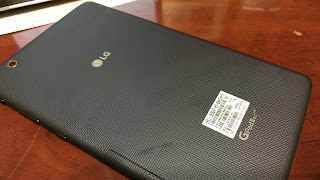 So using it is comfortable.  The downside is that the power button is WAAAY up high on the right side, so it's not super easy to get to.  To make up for it you have the double tap to wake, or sleep.

It's using the new LG UI 5 as the launcher and that means, like the G5 it has no app tray.  The interesting difference is that instead of the quick panel on the far left panel it has QuickNote.

The best part of all the tablet has is its battery.  The 4800mAh goes a long long way.  Couple that with the cool "Q" button to filter out the blue (you know, so you can read) and it will last a long long time.

I believe it was registering itself to last like 32 hours usage and then 32 hours remaining, which is just insane! 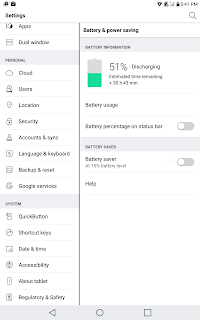 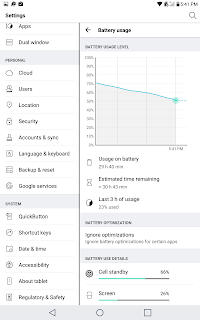 So yeah, it lasts a long time in usage.  Which is why I'm saying it's my pick for a tablet to hangout with in the hammock on a nice summer evening, or reading in bed, knowing that the reduction of the blue light means I'll be able to fall asleep easier!
G Pad III LG Review tablet