Hands on with the Samsung Galaxy S7 Edge (me likey) 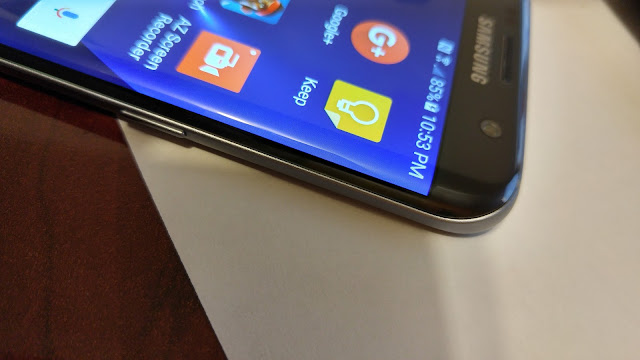 First off, let me remind you of my full review of the Galaxy S7.  Between the S7 and the Edge variant, there isn't a lot different (see chart after the break).  The Edge is bigger, has a bigger battery and has the curvy edge.

The whole review is going to be essentially about the Edge.  Last year, I wasn't a fan of the S6 Edge (I preferred the non-Edge variant), so how will this year's variant hold up?

So, in most places the Edge will run you about $100 difference.  Well worth it in my mind for the bigger screen real estate and the 20% increase in the battery.  Definitely worth it.

Plus, you have the Edge feature.

It's a neat little widget that you can pull out from the side and scroll through a bunch of different panels.  Some are not so handy, some are neat.  You can disable anything you don't like, and there' getting new panels you can download (some free, some not) all the time.

Let's see it in action.

There's also the Edge panel feature when it's turned off.  Took me a while to figure it out.  But you can have notifications show on the Edge similar to the Note Edge's panel.  You just need to swipe up and down on the edge while it's in screen off mode. 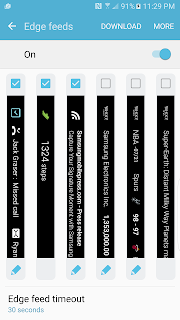 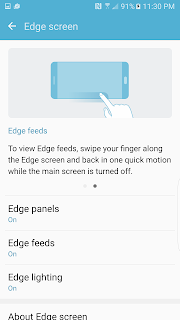 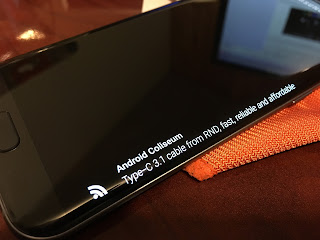 Coolest of all is the fact that whenever you slide something to the right or left, you get to see it 'bend' around the curve.  Makes it feel all space agey! 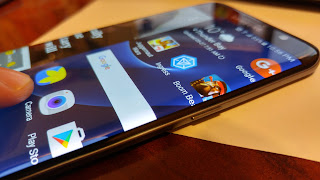 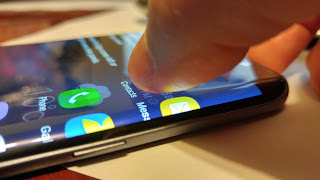 In the S6 Edge I complained about accidentally touching the edge with my palm (I've got big hands).  Then I would have that issue several times a day.  Now, on the S7 Edge, it's not disappeared unfortunately, but it's been greatly reduced to maybe 1x per day now.

So, yeah, if you're trolling around looking for a new phone and are caught up between the S7 or the Edge... go Edge.  On Bell and Telus they're the same price even right now... so it's a no brainer:  bigger screen, bigger battery, cool looking curvyness, edge panels.
Edge Galaxy S7 edge Review samsung video