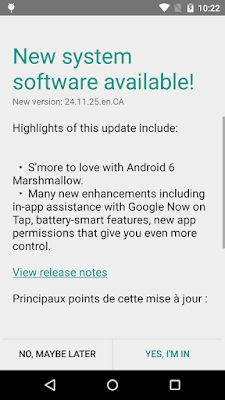 It was shown for a while that it was out (I believe with carriers) but mine was an unlocked version and never got any update.

After that reboot I got the notice for Marshmallow.

So, now I get all the pleasures of Now on Tap and Doze, etc...

Interestingly enough - Google Now on Tap was turned off by default for me, and the option was greyed out, so I couldn't turn it on.  A quick search brought me this link which says that to be able to turn it back on you need to:


After doing that, it worked just fine for me.  But weird.  I've never heard of that.  Even weirder was that it was already had "Google App" selected, but just picking it again did the trick. 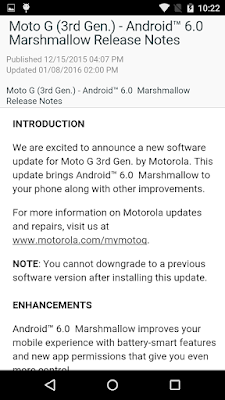