Posted by Ryan Moore on March 14, 2016
So how is this toxic hellstew of a mobile operating system?  Who's using what version is the common point many use to claim that it's not perfect.

But we all really know what kinda BS that is ... there are folks on versions a couple behind that still feels like my ones on current.  The only real big difference I notice on my devices that are on 4.4 is not being able to use non-root screen recording (my son's really wishing he had that for his Note 2 to start his Youtube career).

Now, for those that think this matters (and as much as I make light of it, I do find it interesting in a statistical sense) here's the latest info from the Android dashboard. 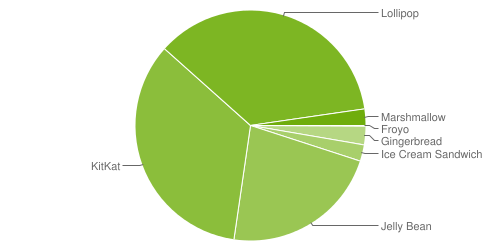 Where do you fall in with your device?  Are you in the top percentiles?