Posted by Unknown on February 01, 2016
Among role playing games, this has to be at the top of the list of many old school JRPG's that gamers like to play. The simple fact that the stories are good, the graphic are EPIC for it's time and you'll find yourself very fast in the midst of being swallowed by a dragon.

Dragon Quest isn't a typical RPG's where you level up a character with high stats, in fact, you'll find that leveling can be grinding, but the game is definitely well balanced and you won't feel like you're being overpowered at every turn.

If you've never immersed yourself in this world, you may find it a bit challenging;

After this terrible attack the people were terrified to walk outside again. Many men were killed traveling between places and people locked their doors at night. At night, they could hear the Slimes scratching and mumbling along the walls of Tantegel.

The King fell into a deep depression over his kidnapped daughter, even though the legends told of a descendant of Erdrick coming to restore peace. The King believed it to be a myth until one day a scrawny-looking young man appeared at the King's feet and asked permission to retrieve the princess. Since many other hapless warriors had volunteered and failed, the King had already given up hope.

But he sees a light in this young man's eyes and knew he was the descendant of Erdrick. Giving him a few items and some gold, the King sends the warrior out.

While running around on an epic quest, you'll encounter a slew of various creatures with interesting abilities, you may also find yourself to be in grave danger if you aren't well prepared.

You have about 24 hours worth of game play with Dragon Quest I if you have the ability to play none stop, but for many this should last a full week while you take your time to grind a bit to get coins and experience point.

Here are a few screen capture from my game. I would estimate I have about 90% completion at this time. 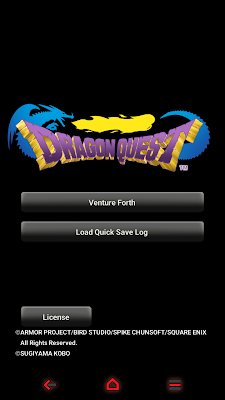 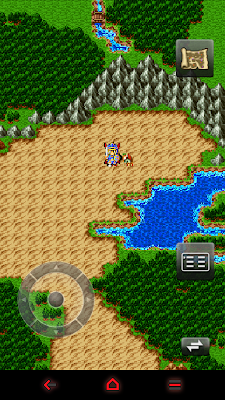 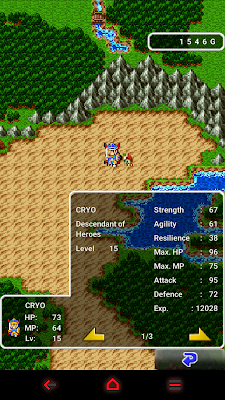 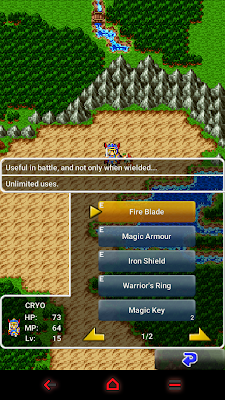 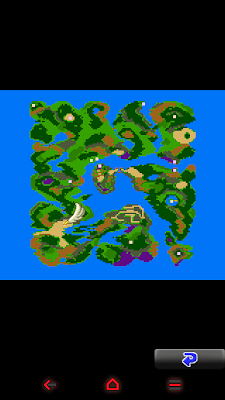 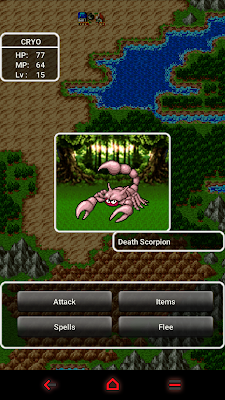 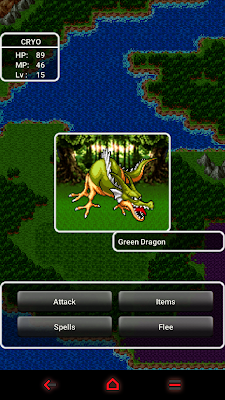 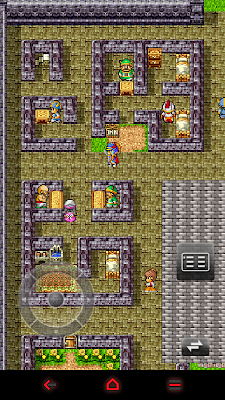 For a mere $2,93 you can also take part in this epic quest! Google Play
dragon quest Game JRPG rpg