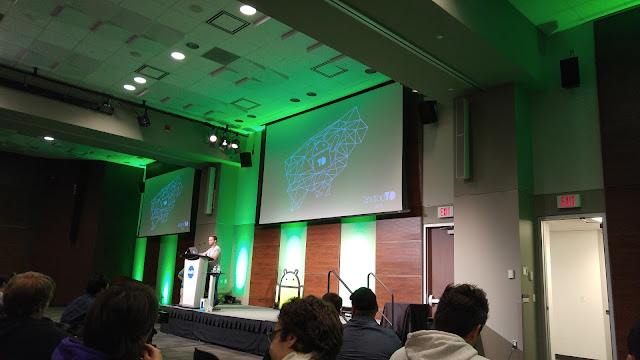 I love Android... I really do.  I spend a good amount of my spare time to write about it, research it, and provide my opinions and help to others.

For the past few years it was always a good opportunity to see examples of the ecosystem; this year there was definitely less booths to see all the cool stuff, and the talks, cool as they were, were definitely more coder related.

That being said, it was still a great opportunity - and I'll give a full 'review' later when I have a chance to review my notes at the event, so this is just a very quick overview and highlights.

You can see my AndroidTO 2015 story 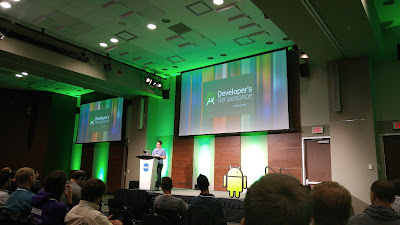 The day started off with a Jake Wharton talking about how the new support tools out there for developers are really helping to make what he calls a "Developer's Renaissance". 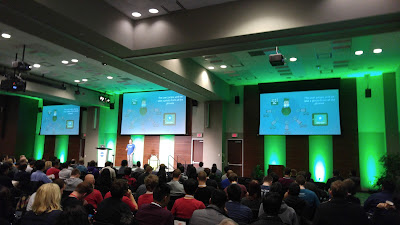 Then, Ray Tsang showed off his project "Google Cloudspin" where they developed a cool system to take Matrix style video using multiple phones.  They had it on display outside the conference and our own +Sivan Rehan got to test it out. 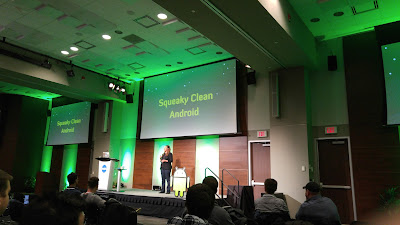 Annyce Davis then talked about her struggles as a developer to make coding on Android 'Squeaky Clean' and the tips and tools she's used to do just that.

After lunch there were workshops on using Firebase or building on Material Design.  Seeing as I'm not a coder I went to the 'lightning talks'.

Etienne Caron showed off the challenges and tools to overcome when doing 3D viewing (i.e. Cardboard).  Hannah Mittelstaedt showed off her DIY project of an Android powered mirror (putting a dashboard of info into a display in a mirror).  It was cool.  Then Mark Iantorno showed how they've worked on getting users to help test their apps in a hospital setting. 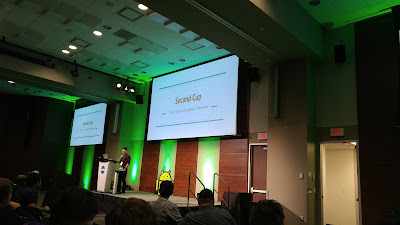 We had another break and after Yervant Kulbashian showed off some fancy work on the Second Cup app he worked on and stressed how important the little things are in apps to make the experience all that much more rewarding. 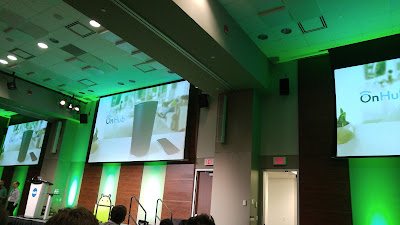 Paul Leventis then took the stage to show off Google's new OnHub series of routers and how important it was to make the technical stuff as simple as possible for the end user (remember, you are not the user). 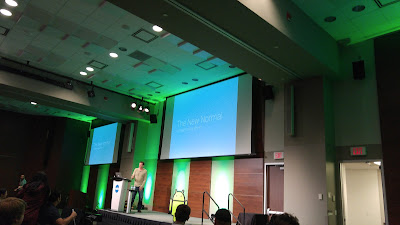 The final closing keynote was given by Donn Felker where he talked about what a reactionary world we live in and how we can overcome our initial fears of starting new projects.  It was pretty uplifting and got us all thinking about "the 5 Whys".

I'll definitely go into more detail on those talks later in another article, but wanted to give you a quick rundown of what you missed by not going.

There was free coffee, free spongy androids and even Android lollycakepop to be had (unfortunately I didn't win any of the several prizes to be given out to a sold out crowd)... in addition to the opportunity to meet with some friends and see who's rocking what phone.  I even got to play with the Priv thanks to +Nicolay Doytchev ... so that was a plus too.

What I really hoped for, and maybe next year it will happen - is to see more booths, give the attendees more of a chance to see who's doing what and how and where.  I love seeing the big guys show off their chops with their big projects or how they overcame coding issues, but even more I'd love to see everybody show off what they're doing.  Like +Boris Dubois got me to go and check out their new project, the Toronto Star tablet app (look for a review shortly).  Or +Robert Gordon and +Jerome F. talked about their game (hopefully we can help spread the word when they're ready to launch).

Still was a great event, and can't wait until next year.