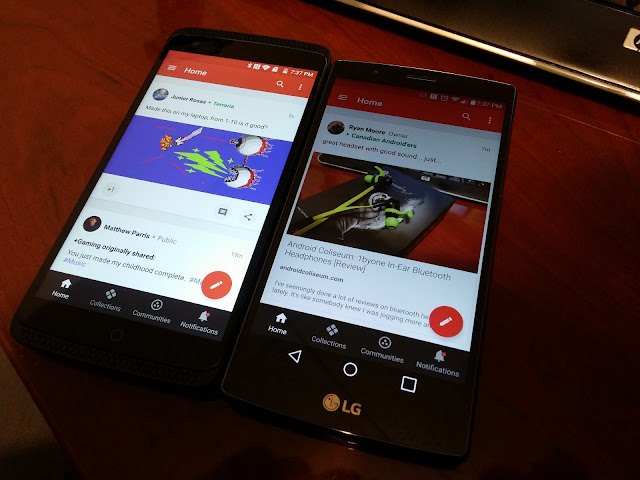 Ever and ever there is this increasing need to be 'one of the elite', that if you don't have the current flagship device then you might as well not have anything because it's old and slow.

However, there is a slow but gaining momentum movement for folks that are a little more discerning to try things that aren't the 'norm' and see what can be offered by choosing to go off the beaten path.

ZTE is one of those companies that's offering a lot lately.  They're not nearly as well known as some of the big guys, but they're making pretty good stuff, just cheaper.

Take for example this ZTE Axon (which has spawned a bunch of sister phones that I'm also eager to test out).  For $400 outright this device easily compares to last year's G3.

What do you get for your money is the following specs:


Pretty decent specs if you ask me.  Again, just about the same as last year's G3 (minus the QuadHD display).

So, let's review this device.

This phone has some heft to it.  Not that you go 'hey this is heavy', but it feels solid.  Like the One devices it has that full metal feel that you know it wouldn't mind a tumble or 2 on the table top.  With more and more devices wanting to be 'slim' ... it's nice to feel something that is unabashedly not the slimmest.  I don't want a 'delicate' phone.

As you can see it looks like there'll be stereo speakers, but alas, no... just one earpiece speaker and one loud speaker, same as the Idol 3.

You'll also notice the camera button (it's sometimes too easy to double hit it and have it take a shot of the inside of your pocket) and then on the back there's 2 cameras.  This is similar to the Dell Venue line up.  The main camera is the bottom one and shoots your 13MP shot.  The 2MP on top helps for refocusing after the shot.  More on that later.

The navigation buttons are 'soft buttons', meaning they're on the front, similar to the Samsung lineup.  However the light up isn't nearly as bright and I found myself having a hard time pushing exactly the right place for the dot to go back (you can rearrange to have the left be the back or the multi... however you prefer).

There's no SD card slot (oops, said there was one in the video) and the battery is unremovable.  But that's okay.

Overall, I like the design.  It's a little brash and looks badass... which is cool. 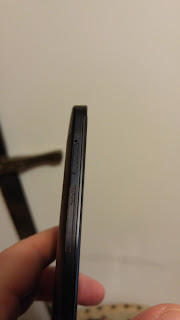 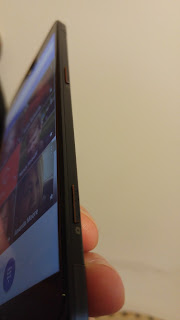 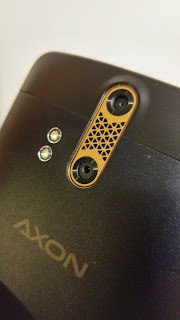 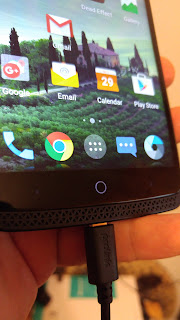 This is so AOSP it might as well be.  There's just some minor tweaks to the System settings (order of the settings plus adding in the option for the Nav keys), the pull down shade is a little re-tweaked, but not by much; and I like how the launcher uses the red dot to indicate new apps that have just been installed. 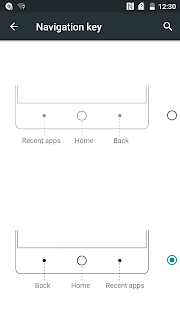 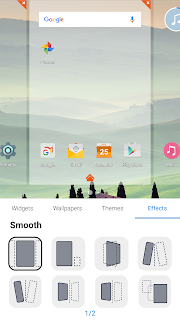 Plus... no bloat.  Okay, like the other ZTE devices, there is the Mi-Note app installed, but that's hardly bloat.  Oh, and there's a Dolby sound app to adjust for the equalizer.

Okay, I lied, a couple more apps, the default keyboard is Touchpal and it includes a Rock my Run app.  After using Samsung and Sony, you can be forgiven for only having 4 apps. 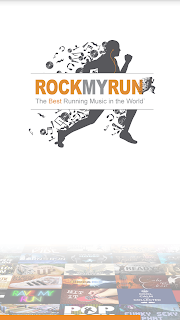 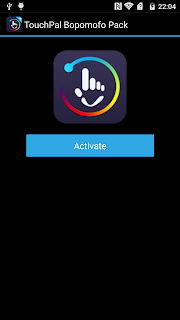 This minimalist approach allows the device to run pretty darn smoothly.  The only issues I've had with it I believer are the issues when I've stumbled with where exactly the multi/back keys were, so not a software issue. 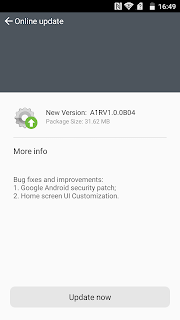 And for all those concerned about software updates, I got 2 on this device in a couple of weeks, one of which being the security patch from Android.  So, I feel comfortable that it will be supported.

Despite it not being a top of the line device, I have to say I do like the camera.  They've tweaked the AOSP camera app to have their own options.

First up is the bokeh effect (this is where the 2nd lens helps). 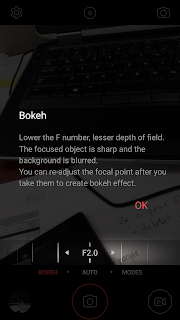 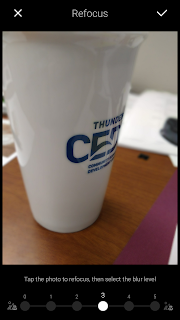 When you've take a photo with Bokeh, you can see it has a special icon in the gallery allowing you to refocus (much like the selective focus on the Google Camera app).

Then there's some of the standard filters that it can use... if you're into those.  But I like the options where we saw with the Grand devices that it has a multi exposure option.  Take a couple shots and over lay them to make something really neat.

It also has the now nearly demanded feature of having a manual mode. 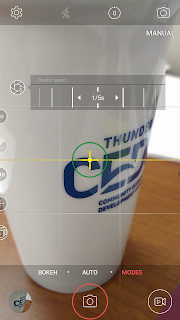 But what's really cool was the sports mode.  You can tap on something you'd want to keep in focus and it'll semi-track the item while in motion.  I don't think I've seen that elsewhere! 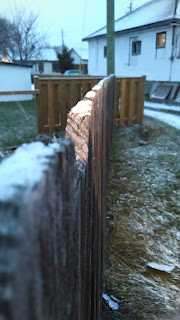 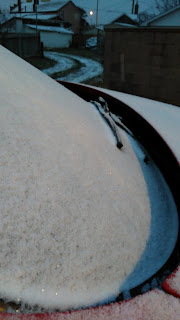 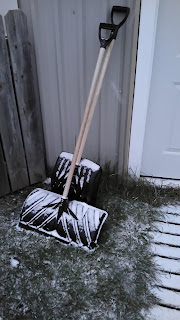 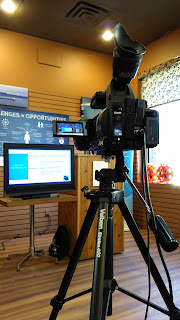 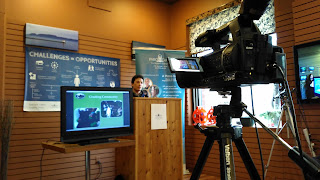 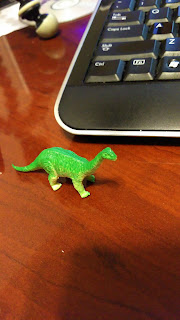 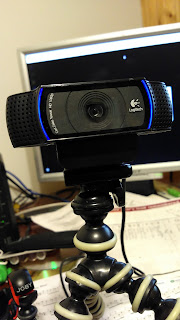 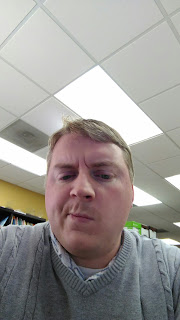 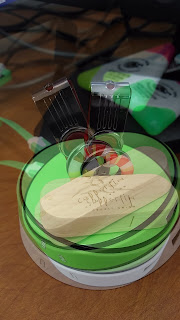 Despite this being some year old tech in the phone, I was surprised at how well it actually handled.  I installed some heavier games and it loaded up and operated just fine.

Sure sure, benchmark apps rated it pretty low, but those are just... ya know... benchmarks.  If you trust those things.

The battery lasted quite a long time.  True, I never put a SIM in it and used it as my daily, but even so it lasted days between me needing to plug it in, so I can imagine that plopping data on to it would only reduce it by so much. 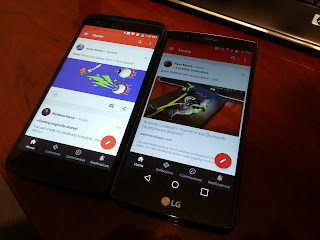 And this is on a display that's less resolution than my G4, yet for brightness is above it.

I'd have to give this one full marks.  It handled itself quite well, it felt really good in the hand and the display was really good.

Not much really more to say about it, other than if you're in the market for a decent phone but don't want to spend too much, the Axon would have what you need. 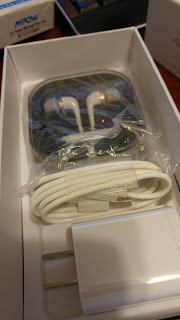