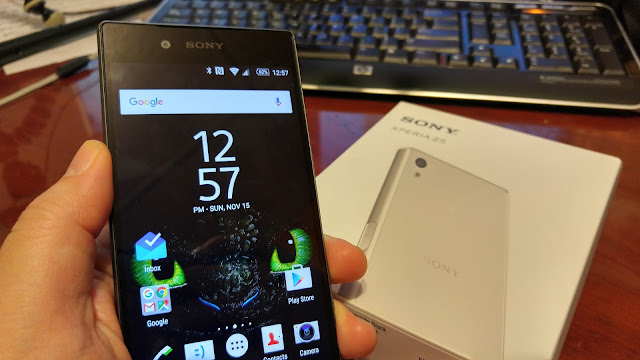 Without +Mark Lastiwka in our midst anymore, someone has to be the Sony fan.  I think we've all said it in the past, that Sony is probably one of the most underrated OEMs out there.  They make some great products, however, without a heavy marketing campaign like the others, it's hard to find these phones in the wild.

This latest offering by Sony, the Z5 series, is a formidable option.  Unfortunately for Canada, we won't be getting the Z5 Compact model, so we're reviewing the Z5 (looking forward to trying out the Premium version when it comes to Canada)

We never did get a chance to review the Z4 (or Z3+, depending on your area), but we did review the Z3 under a year ago; it's kind of the downside to Sony's accelerated life cycle (releasing a new variant every 6 months) is that there really isn't much change iteration to iteration.

Even with the last year's version there hasn't been that much of a spec jump...

(taken from our database page)

So, even if compared to a model about one year ago there hasn't been any big advances, and we've even lost 200mAh (although it is slimmer).

With only a few telltale physical differences it'd be hard to know if you had a Z1 or a Z4 etc...

Okay, so let's go over this phone.  We've seen the new device now removing the glass back and leaving a metal back.  I prefer this as glass can only just lead to scratches and nobody likes scratches.

You'll also notice there's a little more of a 'lip' on the front of the device, meaning that if you set it face down that it would sit on that lip and not the glass.

One thing I was really glad for was that they went for the microUSB port on the bottom.  So much better (at least in my opinion).

Speaking of placements, the SD/SIM tray I found pretty difficult to get at ... that lid was really hard to get out of the way, and then to get my fingernail in there to try to lift out the tray - it felt like it was going to break as I tried to use more force.  This placement also means that if you ever want to swap out the SD card, you'll have to power down the unit (because pulling the SIM will cause your phone to reboot anyways).  And trust me, you'll want to reduce the number of times you need to reboot, as Sony takes it's sweet sweet time to reboot.  The first time boot I get will take time to boot up as it's installing the OS... but even still a regular reboot is almost 2 minutes.  That's insane.

The other physical layout is that it has the typical camera button... which I still get why it's where it is, but I found it was often in the way.

Then they've put the volume controls right next to it, and then the power button just a bit higher.  Definitely makes for a crowded spot.  It just felt really wrong.

What didn't feel wrong was the power button/fingerprint scanner.  That worked marvelously.  It's still a button, so you'd have to press it first but then it is able to scan your finger pretty quickly.  I added several of my fingers in various 'poses' so that depending on how I held it it would feel natural.  This is a smart move on Sony's part.

Turning the device on (after it takes its sweet time to boot up) you're met with a much cleaner launcher than in the past.  It is more like the Google launcher.  Even the notification shade is nice and clean.

And I like this version's app drawer, very simple, but you have to make sure you go and set it up to sort alphabetically... otherwise it could get very confusing to find the app you want (why is this not always set up by default?).

The menu settings are also much simpler without much confusion there - they've just added some colour and icons to it.

There's some customizations you can make with the new Xperia theme, but there's no real need, but it's nice to know that there's the option.

You could do it via the settings menu and you can get more themes in their Xperia Lounge app.

Speaking of the apps... here's where it gets kind of annoying.  Sony has put in 14 of their own apps in here and then 6 3rd party ones.  That's 20 extra apps.  Most of which I'd never ever use (but that's personal opinion) 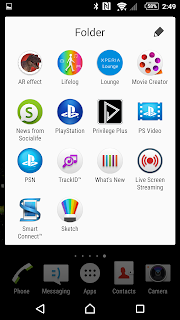 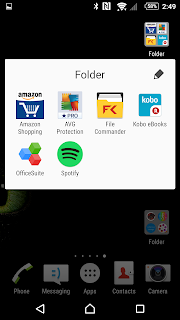 Sony's most probably known for their camera - which this does not disappoint with their 23MP 1/2.3" G Lens.

Now, did I really notice a difference with this camera over others?  I'll let you be the judge ... 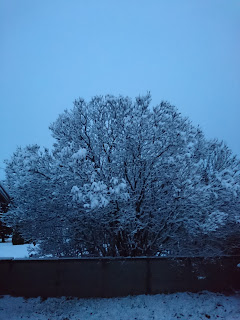 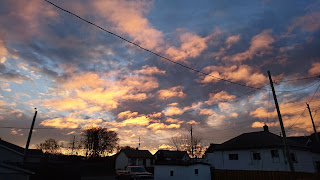 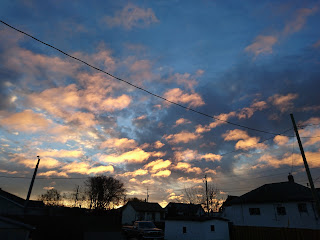 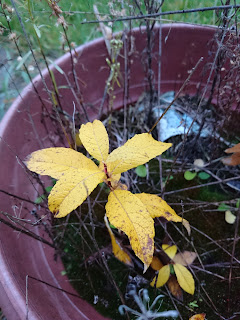 ... here's the link for the full resolution album

Now, Sony also has their compliment of novelty apps for the camera, like the AR feature, or this wacky face overlay... why you'd ever need it... I don't know. 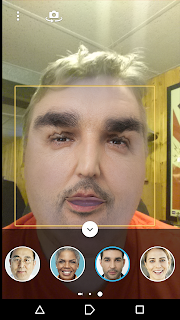 There... try to not have that face haunt your dreams from now on.

There's a few other tweaks and extras that Sony throws in, like their overlay apps (which they should really hype up because they're neat and useful); audio enhancements

Then there was this Detect USB feature, which I'm assuming is an enhanced way for it to connect with a variety of peripherals 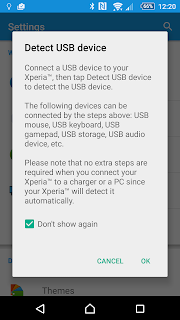 One weird thing I ran into was when I had it scan my NFC Ring (note, that the symbol does NOT tell you where the sweet spot is... it's actually a few cm below that).  It came up with 'no capacity for NFC services'.  I have no idea what that would mean.  Never seen it before in any other device. 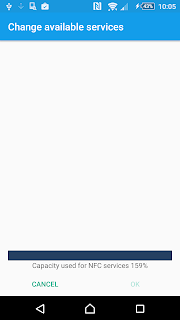 Overall... the device has had some weird quirks, and which phone doesn't...

But it's been reliable in its performance of its duties... there hasn't been any slow down or stuttering or lag in performing any of the apps, and I've tried out some heavier games on it to really see.

The battery does have me a little concerned as it's almost as big as my G4, yet the battery lasts about the same length as on my QuadHD device.  I'd assume on a 1080p display the battery should be MUCH better.  Luckily it's Rapid Charge capable, meaning you can get back to full a lot quicker (tho' I'm not sure we get the charger in the box - the review unit I got had a European plug in it and it wasn't a quick charge one)

At $650 or $150 on contract at Bell it does hold its own in its weight category.  Especially if you're not one to go for the 5.5" or bigger size devices
Review sony video Xperia Z5