Anyways... yesterday we saw a lot of devices announced by Lenovo, Motorola, Acer, Asus, Sony and Huawei.  I wrote most of them down in our database and I'll be continuing to update as we go, so stay tuned on that page for any new items

They also released a 'Predator' tablet aimed at the gaming market equipped with an Intel Atom x7 chip.

Aside from releasing an odd looking 'spiderlike' router, they also let out a series of "Zen" items.  Starting with their Watch 2, Pad (S) in both 8" and 10" then a slew of Fone 2s.  The Deluxe - a huge amount of storage, the Lser, the Selfie (13MP selfie cam with loads of 'beautifying' modifications avaialble) and the Zoom.  I'm really interested in that Zoom. 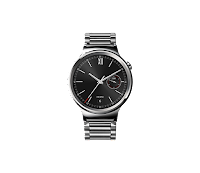 They released their 'Watch' as well as the Mate S and the G8.

Which of the 2 phones do you think the next Nexus is going to be based off of?

Lots of options for that watch based on a variety of cases/bands ranging from $350 - $800!

Introducing a rival to the ol' Galaxy Mega, they announced the PHAB (Plus) phones as well as their Vibe P1(m) phones.

Additionally they showed off the next series of the YOGA 3 tablets, including a new 'Pro' version which the projector can now go up to 70"! 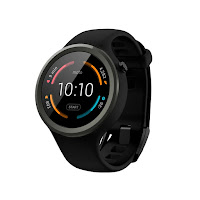 The newest Moto 360 was announced.  In both Mens and Womens (Mens comes in 2 sizes) as well as a Sport version.

I can't tell if we are or aren't getting all the sizes available in Canada or not (my press release didn't mention the sizes/mens/womens option, just a regular or sport). 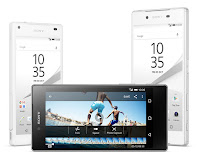 As if we didn't know from all the leaks, the new Z5 series came out.  As discussed previously it came out with a Compact and Premium version in tow.  Each have hte same processor and 23MP G-lens camera as well as a fingerprint scanner on the side power button.