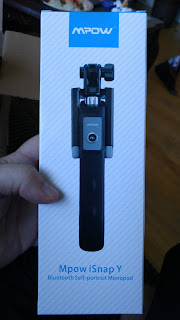 I'll preface this review with the fact that I rarely, if ever, take selfies.  Normally I do one with a new phone to check the front facing camera.  That's about it.

But it does seem all the rage, and when you want to get the most out of your phone's front facing camera making sure it gets everything in frame is important.  Lately, lots of the flagships have been touting a wide angle on their front camera... for those that don't have that feature, using a selfie stick is probably the only way to ensure they can get everything in frame.

But there's a million selfie sticks out there... which to use.  My friend just bought a cheapie from a store that had batteries in it and they had died already ...

So; if I were looking for a stick, here's what I would want:

Rechargeable (because, really?  who's buying AA batteries lately?)
A good holder for the phone (if I'm extending it beyond my reach, I want to ensure it's not going to fall)
Be simple.

The Mpow iSnap Y (about $23 on Amazon) hits all those marks.  And then some.

I really like how it folds away to be very easy to store (well, my wife says it fits well in her purse). 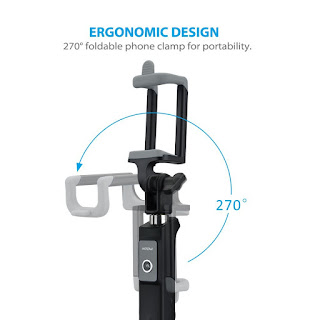 The device will operate over 20hrs on a single charge and then uses microUSB to charge (thank god it's not some crazy proprietary connector).

Turning it on just means holding the power button (which is also the shutter button, so not a lot of options to get something wrong here) and pairing it with your phone.

The handle itself feels very comfortable with silicone rubber and some 'tactile' spots to give you better grip. 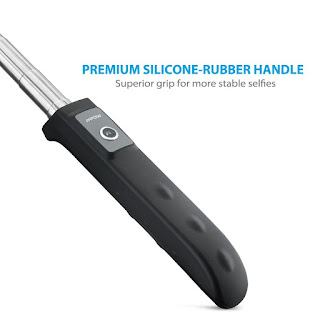 Then, get your phone in there, and I think this is the 'winningest' portion of the stick.  After looking at tons of different mini tripods for my phones as of late, finding a good holder is VERY important to me.  This is a real nice, easy to use design.

The 'springiness' is enough to ensure that it'll hold your phone securely, yet easy enough to pull apart - and then doesn't feel like it'll lose its hold over the long time.  I feel very secure putting my phone in there.  The size says it can go up to a Note 4, and it held my G4 just as easily. 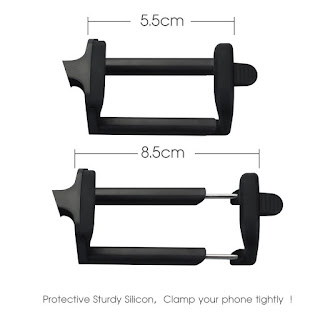 Okay, but how does it work?  Quite simply.

Remember, put your phone into the camera mode FIRST.  Essentially the stick acts as a bluetooth input device (think 'keyboard') and outside of the camera that input does something like type 'm'.  In the photo app you click it and it'll take a photo.

My wife has had some issue of it not focusing properly before taking the photo, but I think that's more an issue of the camera app and not the stick tho'.

Here's my obligatory selfie without the stick... held about an arm's length away. 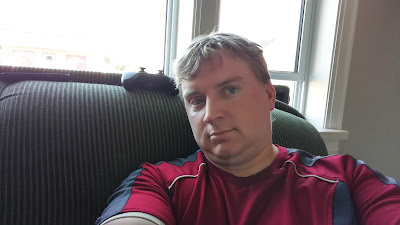 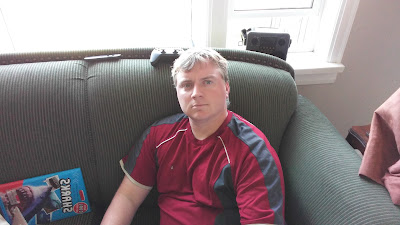 Definitely a wider view... although I still felt like a goof holding one, even if it was in my own house.

But, if you're a selfie taker and really want the best bang for your buck, and this will be it!
accessories iSnap Mpow Review selfie