Posted by Ryan Moore on September 18, 2015
So, we've reviewed a lot of bluetooth devices; specifically speakers.  But hey, it's been the summer time and it just isn't quite summer without there being some tunes in the great out doors.

This latest item we're reviewing comes from Mpow and separates itself from the rest by being a more ... durable device.  Something that can really take the abuse of the outdoors.  The Mpow Armor. 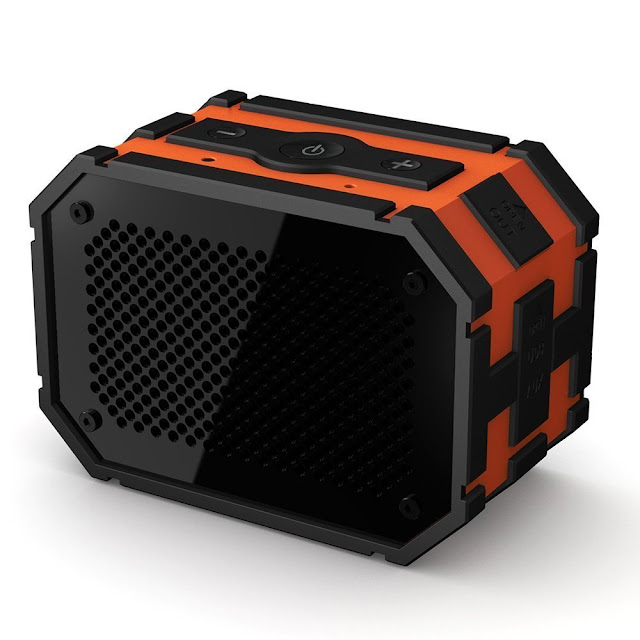 It's called the ARMOR speaker, and with good reason.  According to the Amazon description it's water resistant (though no IP rating but they say up to 'class 5').  I haven't put it through that testing as of yet, but I have had it in my car and accidentally dropped the thing a few times getting out of the car and it's landed in the drive way without any issue to it.

So aside from it's impressive looking 'armor' look (although, I have to admit it does feel a little cheaper than it looks) it is quite light and easily portable - it's also a little smaller than you might picture it.  This isn't going to fit in any pocket, but I have been able to put it in my messenger bag with just a little bit of a bulge. 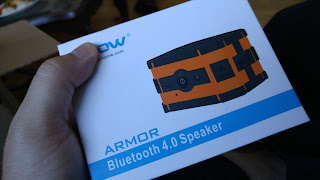 What I really like is the dual speaker.  Normally I set it so the larger driver faces down (depending on the surface you put it on, it can really add to the 'thump') and then the speaker on top (note it's just a passive speaker, so it feeds off the sound of the lower) carries it around the area. 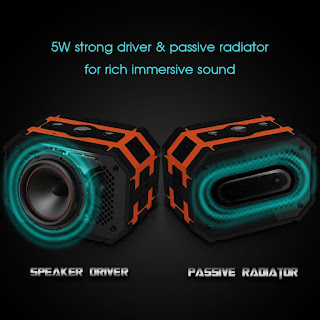 Now, it charges by USB (microUSB cable included) and can connect via bluetooth or direct 1/8" stereo cable (supplied as well).  There are volume controls, but no play back controls.

Personally, I would have loved to see an NFC pairing option... but I know that that only caters to the Android crowd.

Interestingly there's another port on this speaker - USB out - which is used for... charging your phone.  I didn't expect it to do anything like audio in or whatnot... but to charge your phone was a bit weird as the battery is only 1000mAh anyways (which should be good for 12 hours).  I imagine a phone that's needing a charge would suck out that juice pretty quickly... leaving you without some tunes.  But, still... it's nice to know you have that back up ... just in case.

You can pick it up on Amazon for about $40 right now.  If you're spending some time out and about, this is the speaker you want as you can be a little rougher with it and not worry about destroying your investment.