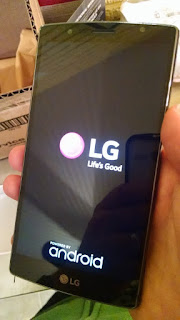 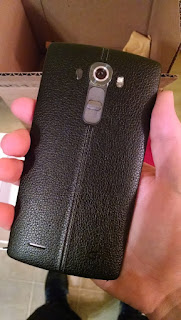 I am one of 35 very lucky winners of the #TryLGG4 contest. The contest grants us the opportunity to demo the new LG G4, which will be released here in Canada on June 19 with various carriers.

The LG G4 arrived on my doorstep on June 1st and I wasted no time to switch over my Moto X (2013) to try out this new toy as my daily driver.

First thing that I couldn't help but notice is this smartphone is huge. My Moto X is only a 4.7" screen, so the 5.5" size of the G4 was a bit overwhelming at first. However, it hasn't taken me long to get used to it. The phone weighs the same, if not less than my Moto X, so it is certainly comfortable to hold.

I was also lucky enough to receive the black leather backing. It looks and feels slick. When you first get it, it feels a little tough, like plastic. It does soften up a little over time and provides a nice grip.

When swapping sims cards from one device to the other, I did have pick up an adapter, which I obtained for free from a very generous Rogers employee within a local mall. My Moto X uses a nano sim card, while the G4 uses a micro sim card. Just a heads-up for you in case you plan to switch to the G4 from another smartphone.

Now, there are a ton of reviews covering the LG G4, including a couple Ryan Moore - (his initial thoughts, and then a second review) - so I am not going to cover specs and touch on benchmarks. I want to share you what I like and dislike about this device.


I won't waste any time now and just say it. This camera is freaking awesome! (...Both of them, actually.) 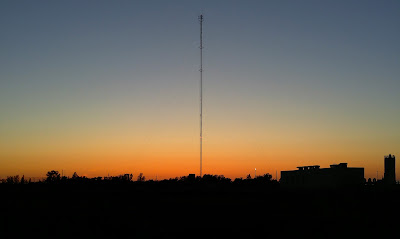 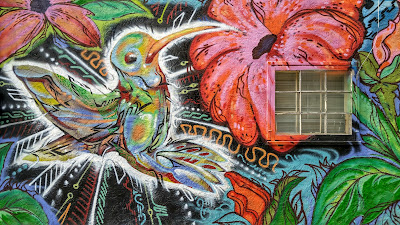 The f1.8 lens, which allows for a ton of light to hit the sensor, as well as providing a great narrow depth of field, does a fantastic job at providing great quality photos. I own a Nikon DLSR at home, and use a Canon 5D MKII at my workplace, so take it from me, this LG G4 is showing just how close smartphones are coming to DSLR quality.

The manual mode of LG's camera app is the half to making this camera so phenomenal. There are options such as having a rule-of-thirds grid, a level, controlling white balance, ISO, shutter speed, and focus. Having this much control opens so many doors for the types of photos I can take.

In front of the G4 is a wide-angle 8MP camera. I am not one who is huge on selfies, however, holding up my hand, then making a fist and starting a countdown to snap a photo is pretty great. There's also the ability to use the volume down key, or voice commands ("cheese!") to take the shot.

If you would like to see examples of photos I have been adding them to a collection on Google+. I also encourage you to visit LG's contest website to see what I, and others who are testing the G4 are submitting.


One of the features I've loved most about my Moto X was Active Display. I never had to push a button to wake the screen, alleviating the worry about wearing out the power button.

Well, with the LG G4, you can double tap the screen to wake the device. If you use knock code, you can even tap your knock code on the screen, while off, to wake and unlock your device. Slick!


This device rocks a 5.5" Quad HD screen. It is so sharp, it is hard to believe. I did note that when I had mine beside a friend's Sony Xperia Z3, the saturation was very low in comparison. Just something to note.


I have seen and heard from other people who already have or demo the G4, that it seems to lag when jumping around between apps. I personally have not encountered this. Granted, I did switch to Nova Launcher Prime instead of LG's launcher, which I will go into later.

I do not use my smartphone for gaming. I can only say that while using the browser, YouTube, social media apps, and the camera, this device feels lighting fast. I haven't had to sit and wait for anything. Even when updates are running in the background through Google Play, the G4 is still fairly smooth.


The first pet peeve I will share, is that when I pull down the notification shade from the top, the quick settings always show, and end up squishing my notifications. I have to swipe down, and then swipe back up to give my screen some breathing room. This is opposite to how standard Android works, where you pull down for notifications, and pull down again to access quick settings. I wish LG implemented a way to reverse this.

Dislike: Where Is The Multi-user Option???


On my Nexus 7, I have a user account for myself, and one for my daughter. There I can implement parental control. At my workplace, I handle the company's social media, such as Instagram. I thought, "Hey, why not add a user dedicate it to my workplace."

Well, low and behold, there is no such option for me. 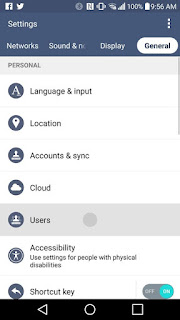 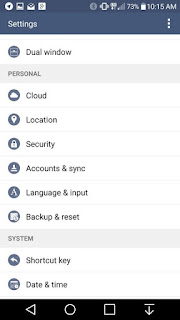 I ran a poll on the LG G4 Community on Google+, curious to see if I was along with this issue. Well, turns out it's about 50/50. Some have the option, some do not. Where is the consistency here? Why is it gone at all? I hope to see it in a future update, as it is a feature I would use.


Sorry, LG. I tried for the first week to like your launcher, but I come from using the likes of Nova Launcher Prime. These are on different playing fields. That's not to say LG's launcher is bad. Just not for me. For what is it worth, Nova runs like a dream on this smartphone. It is so fast...

LG also has Smart Bulletin on board. I found it to be a little too simple, and was not providing me with anything useful. I shut it off in LG's settings.

Everyone has been saying this too; When you get your LG G4, the first thing you need to do is go into settings, select the 3 dots in the top-right, and go to List View. Tab view is just... It needs work. List View looks fine and does the job very well.


In case it wasn't clear - the likes really outweigh the dislikes. I absolutely adore this phone. It is doing everything I need it do. The battery is lasting me the whole day. (6am - 10pm, with 10-15% left). I could go on - but this article would be far too long.

I'll leave you with this; This camera on the LG G4 has gotten me back into photography. I love it.