Google's Photo App to get supe'd up! 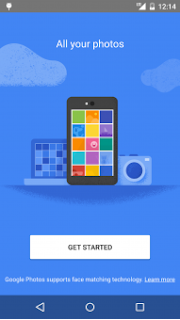 Now, in just a few days it'll be Google I/O.  There'll be probably lots of Google-y things being shown off (and there's a whole website set up to show case all the talks), but one of the things that has been rumoured for a while is a re-working of the Google Photos situation.

Currently Photos is in that limbo between Google+ Photos and Picasaweb...

There's been a lot of talk that Google+ was going to be splitting into the 'streams' and 'photos', but as I think we're starting to realize now that it's really just the 'team focus'.  Have teams working on Google+ streams and another team working on photos.

Google Photos is already pretty awesome and has some great editing tools which we talked about back when Aviary and Snapseed updated - most of you just preferred to use the Google Photos app.

Well, prepare to have it get a little smarter...  +Android Police has a great run down on what they truly believe the next iteration will look like.

There's definitely some visual refresh throughout... it's going to be hard to really itemize the changes that AP shows off, but here's some of my highlights.

(note, all photos are from the AP article)

What do you hope the new update brings to the app?