The Galaxy S6 is here in Canada! Are you buying? 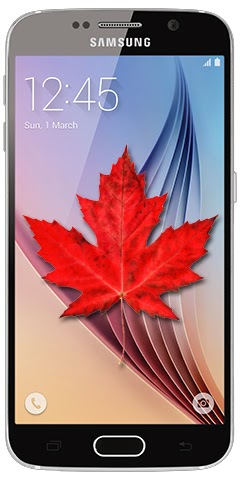 So, April 10th means the first day that the Galaxy S6 is available in Canada.  Checked a few of the stores on my travels today and there were no lineups; but we're hearing that it's already doubled the sales of the S5.

Are you interested yourself?  The S6 or the S6 Edge?  My dad was thinking of upgrading his old Note 2 and asked which I suggested.  For the $100 difference, it would be probably be well worth it to go for the Edge.

Currently it's available at:

Check out all the prices on the various carriers over at our database page, where you can even find our flagship comparator!

If you're considering... one of the greatest features I find about the S6 is that it has the built in wireless charging - both Qi and PMA (tho' I'm not big on the PMA).

This means you can go out and pick up some great Qi equipement.  My favourites come from +TYLT.

Their Vu line up is awesome!  The Vu wireless charger was awesome when I tried it out way back, and since, they've released the Solo and the Car mount (which I have and am just waiting for the battery back for my G3 to come in and try it out).

You can also protect the screen with their Alin series of screen protectors (as much as I like my naked phones, I still will put something on the front glass to protect it).