DroidCon Montreal - A spanner in the works 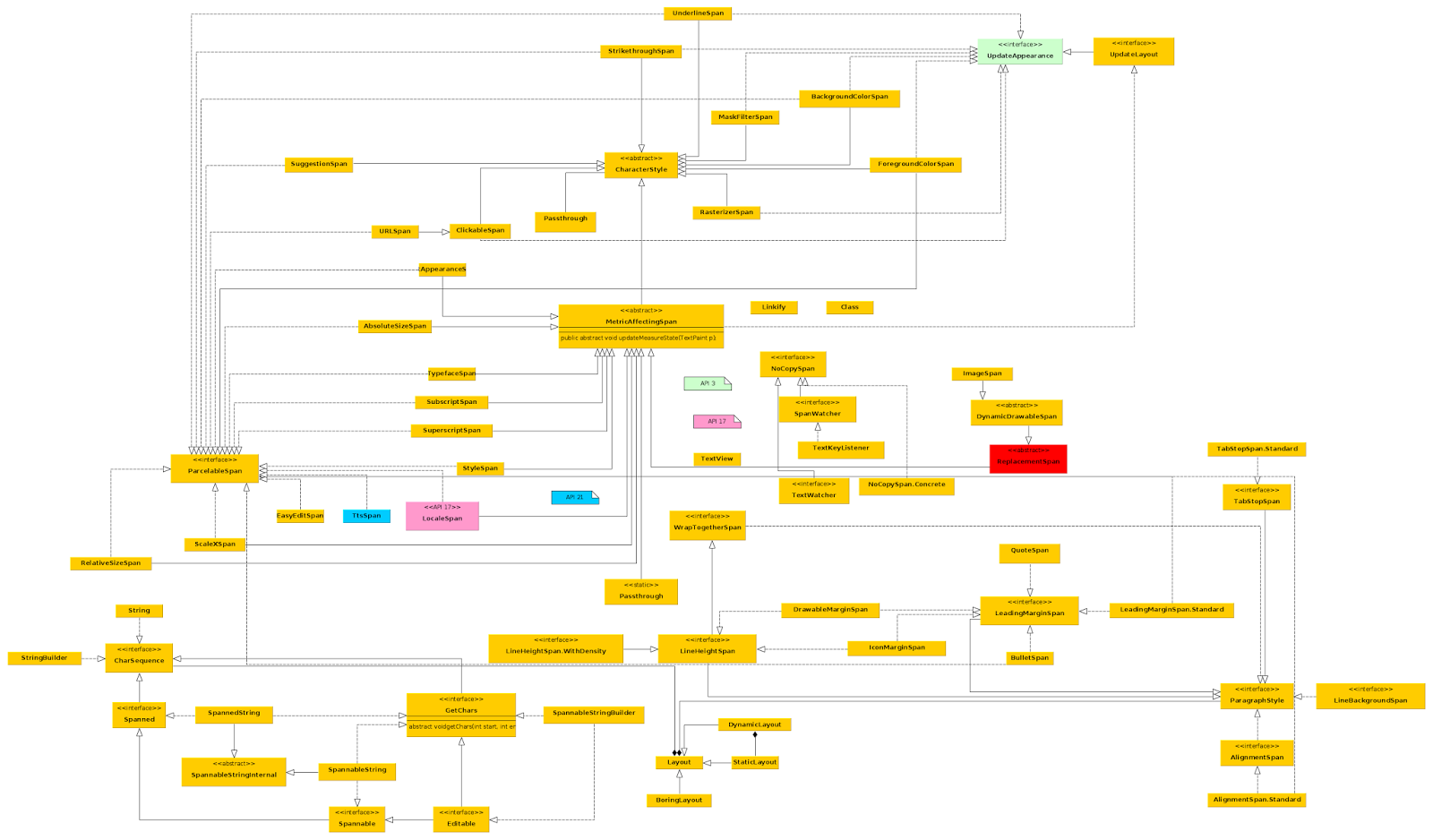 The classes have been around Android for so long, that a lot of people forget that it can be much easier to use to achieve your texts scheme, whether adding bold, underlines or making funky animated text just using spannables.

+Mike Wallace mentioned that  and strings are often used more than spannables, the question that was raised is why? The answer was a bit obvious, because developers are more familiar with them. No one has really paid much attention to the spannables, although they've remained available since Android birth.

The obvious differences aren't always clear, but with spannables, you can achieve more. You'll be able to style your text even more, per character styling, style text animation and even style in places where you can't normally. 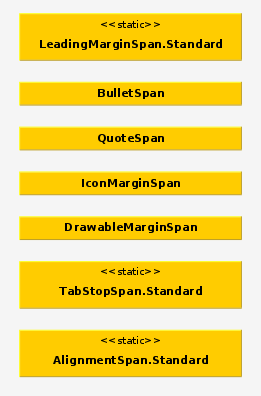 To give you a better idea of what is involved when doing ParagraphStyle, you can take a look at the above graphic.