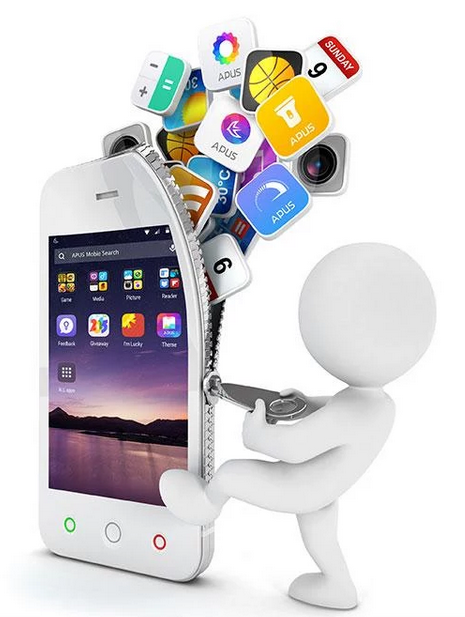 APUS has fashioned an entire mobile user experience ecosystem (which they've coined the “user system”) that’s as fluid and intuitive as , but unique to Android. They've paid attention to the tiniest details to ensure a cohesive UX.

This launcher is less than 1 year old and is one of the fastest growing app right now. Just 120 million downloads in 10 months!

APUS Launcher is compatible with Android Lollipop Material Design standards. Also, the philosophy is based around designing a UX for humans and NOT for Android devices which brings me to the human like touch in the design aspect that I've seen over at DroidCon Montreal.

If you check out our in-app "Boost" function, it's an animation that "sucks in" all of our apps on the screen (which indicates to users visually that their apps have been sped up).

"By building out proprietary essential services (apps) within APUS Launcher from scratch, rather than relying on the OS‟s existing apps, APUS is able to control the user experience and the way users interact with a device‟s interface – in this case the APUS User System. Unlike most Android launchers and Android operating systems, APUS Launcher is designed for users to painlessly navigate APUS‟ essential, yet enhanced system features. For instance, APUS Launcher‟s global search feature, which can be easily accessed directly from the , not only searches the device for apps and in-device information, but it also enables users to browse the web to discover news and new trends."