Who's heard of Qihoo? [Security]

I wouldn't be surprised if the first thing you did was raise your eyebrow and be all "WTF?".

Qihoo is a Chinese security firm who's been highly rated both in the eyes of the public and within the security community. Their most notable software is a desktop security suite called Qihoo 360 security and for good reasons.


They've done great with their PC suite that now, Android is getting some love as well. Following in the footstep of the desktop version, they've introduced 360 Security. 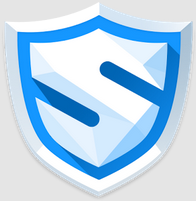 The application aims to do 3 things; Boost, Clean, Antivirus. Boost aims to manage the memory used by applications. The aim is to terminate left over applications, thus releasing the used memory to other active tasked. One of the many things to remember is that the memory management in Android is designed to make use of the memory in such a way that it’s should be used constantly. Which is why, I’m against using memory or task killers to start with.

I'm actually excited for the Clean option in 360 Security, it appears to be doing a good job at finding all the files that are orphans, junk, temps etc. It recovered nearly 2GB worth of storage. I'm not one to clean much of what I do on my smartphone, so it makes sense that I would plenty of junk on it.

The piece that should interest everyone here, is it's Antivirus feature, that's essentially why this application exist. If it follows in the footstep of its desktop counterpart, it should be a solid piece of protection. When I did the scan it indicated I had an SMS vulnerability, which it indicated it was able to correct. It found no malware or virus of any kind on my device. The scan of my device roughly took about a minute to complete. The cloud base engine seems to be doing a good job.