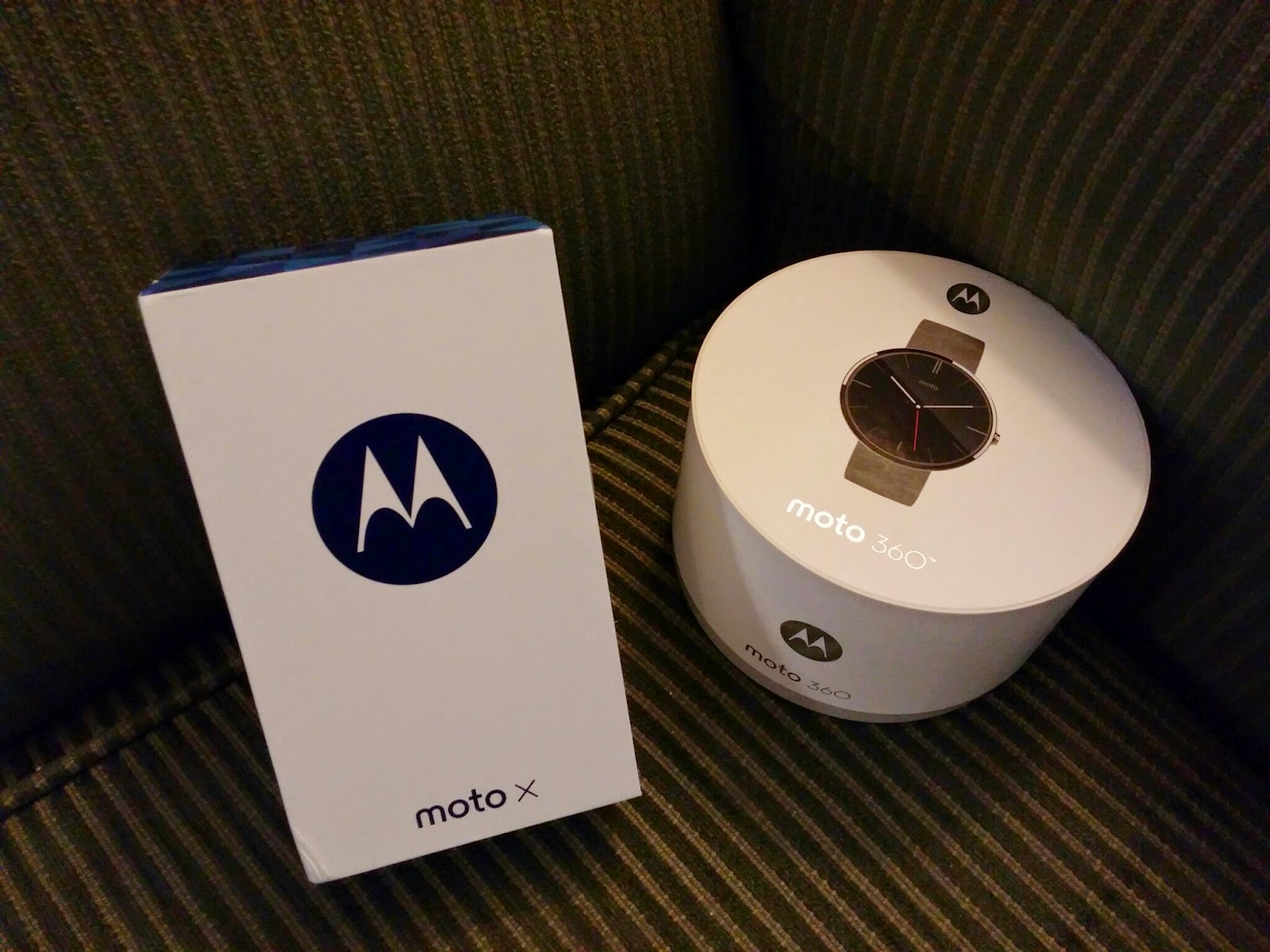 So way way back when Android Wear was officially announced and we only really had 2 to talk about and purchase, we asked you what one you liked...  overwhelmingly you chose the 3rd option, the one that wasn't announced as of yet, the Moto 360.  The first round watch and everybody was crazy for it.

So what do you get with the phone.  It's round, pretty much that's all you need to know about the device, right?


If you want to see how it compares to the others out there, check out our database.

So, how is this crazily wanted device? Well, in a short couple of words, I will shock most of you and say that it wasn't for me.  There, I said it, let the hate flow through you and let me get through the rest of this review.

This is a round watch.  To be honest I was never fond of round as watches, I either had calculator watches or those fancy dress up rectangular watches.  When I started to wear watches again after a hiatus of about 10 years it was the Sony Smartwatch, which is square.  So, it's not that I don't like round watches, I'm just not used to them.

Let's get past that round face and look beyond. 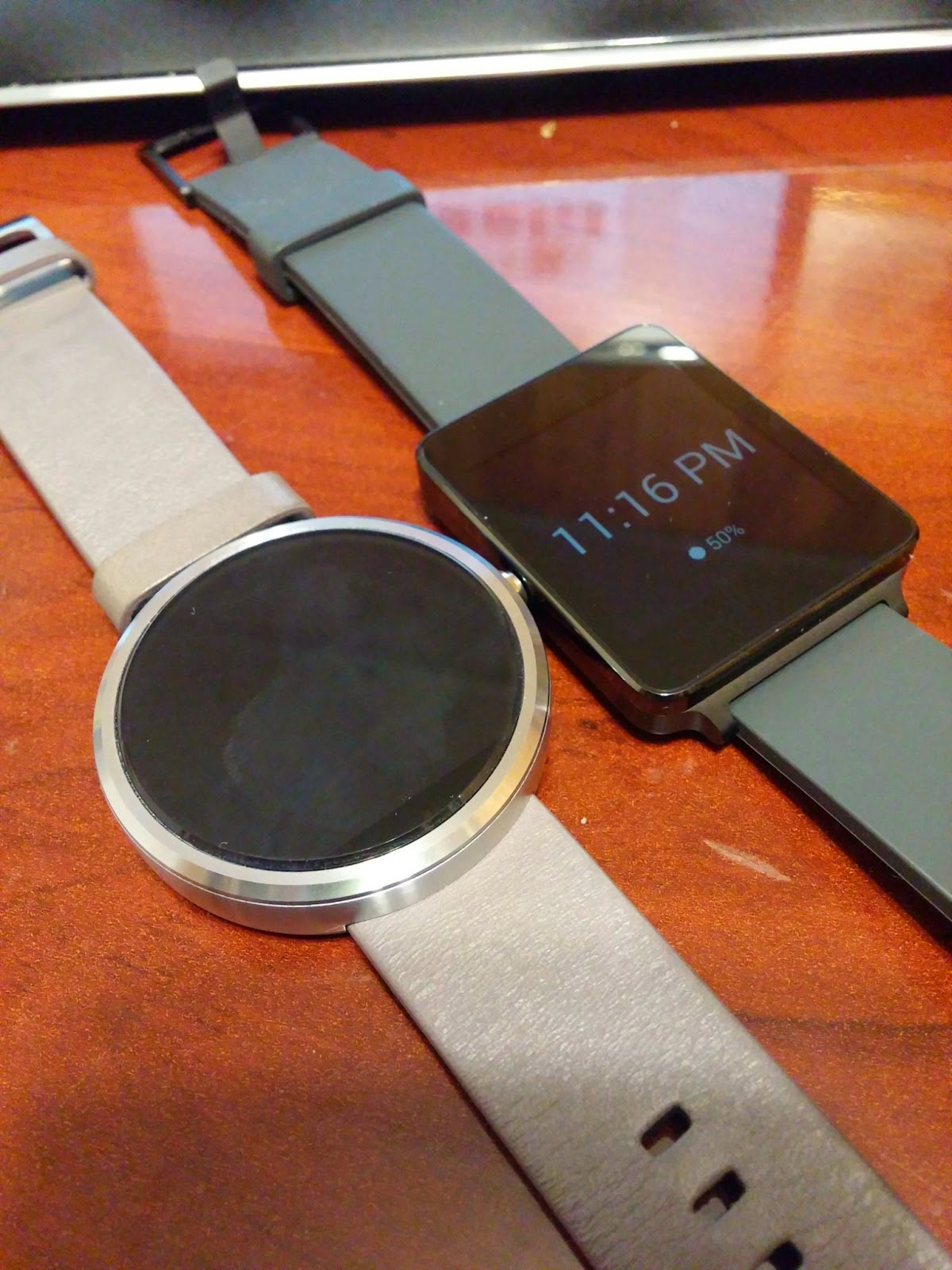 It's light.  Really, it looks bigger than the G Watch, but the G Watch is a lead brick compared to this thing.

It's got that chin - it is all you can see.  Now the reason is because that's where the light sensor is where it'll adjust the brightness and allow you to dim it by covering it, etc... but it's just one of those things that you can't unsee.

The display looks like it's less resolution than my G Watch, but it's more pixels on paper.  I don't know why.  To me, the glass on top of the display makes it feel like a magnifier or something.  Then at the edges of the glass it's got that sharp chamfered edge and again, it's all that I see.  Especially if you look at it obliquely - you just see the angled reflection.  It's hard to show it off on camera, but it's what I see. 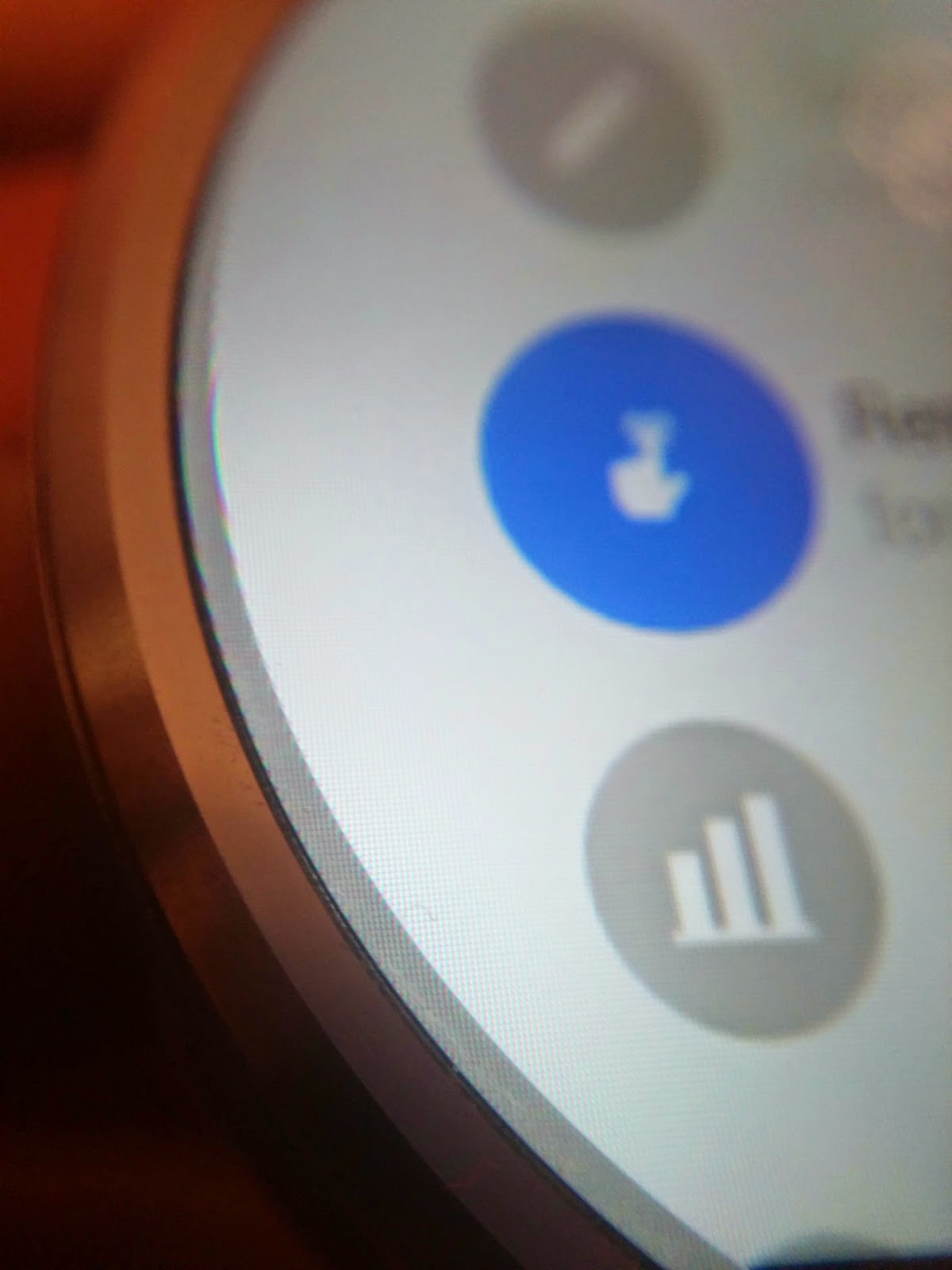 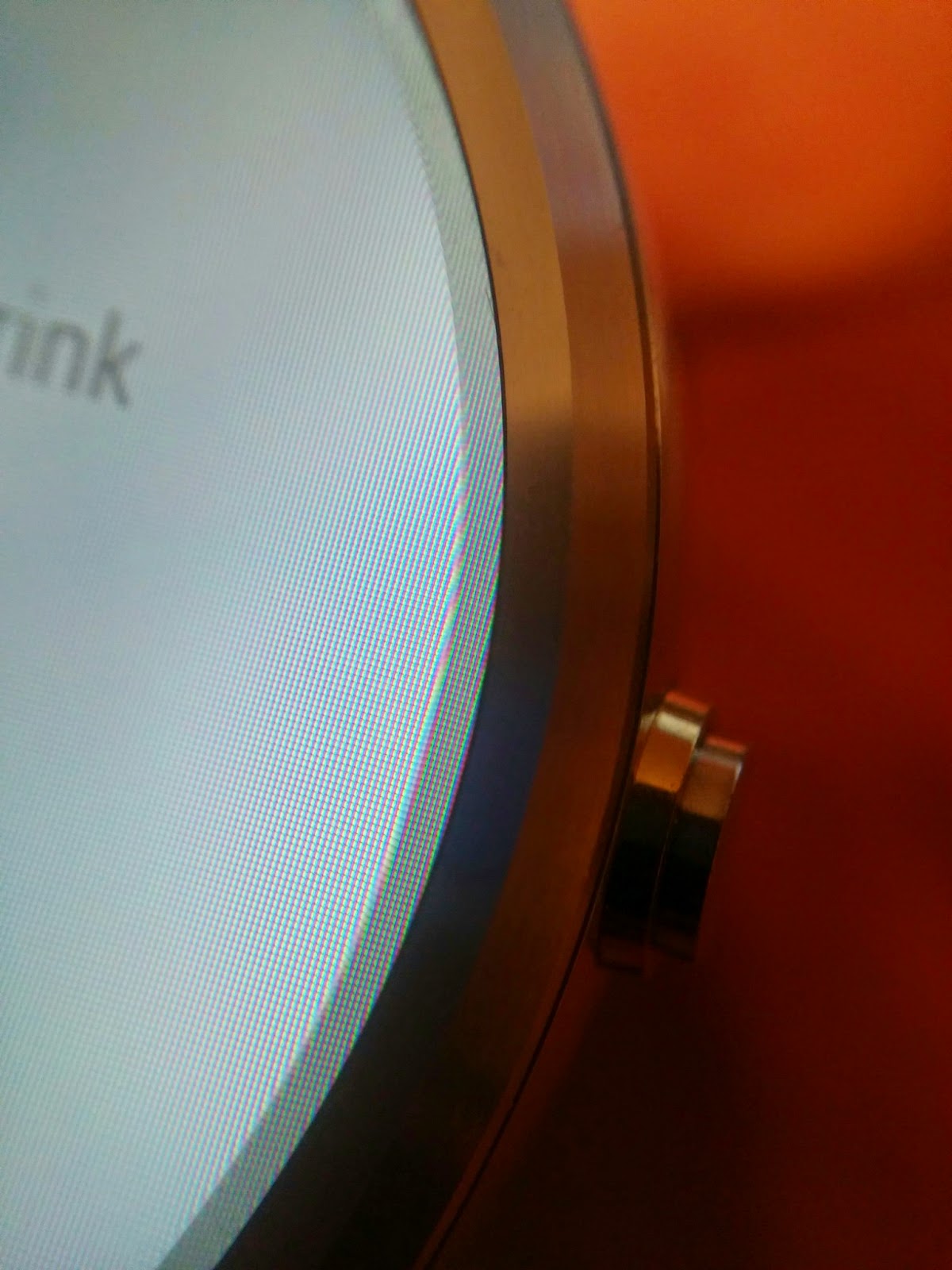 Also speaking of the physical attributes let's look around the device.  It's got Qi charging, and I love that!  Putting it in the cradle puts it into a nice docking mode with a cool nightstand look.  I miss Qi charging.  Charging my G Watch is a bit of a pain to make sure I line up the pins in the right corner. 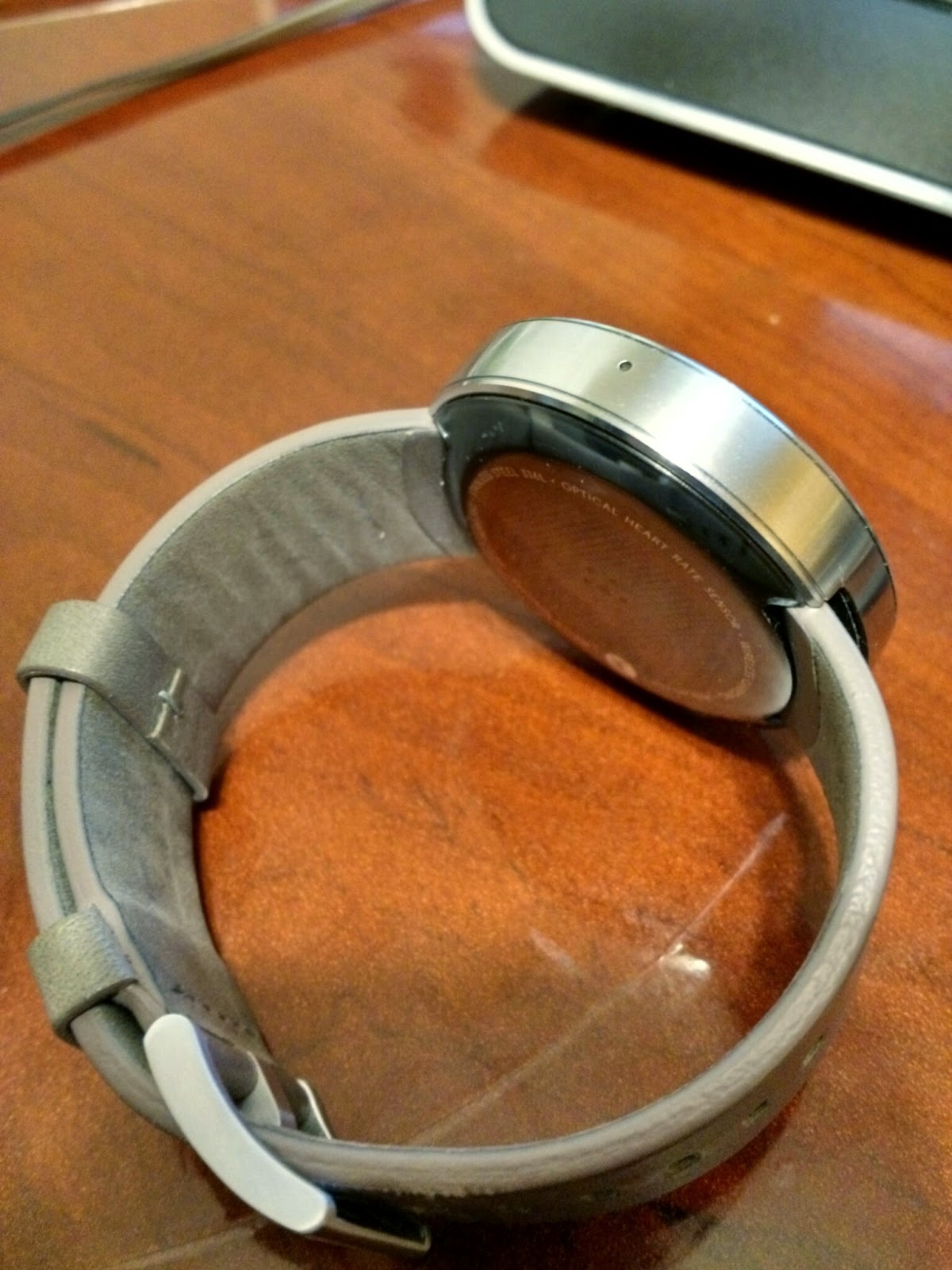 There also is a button on the right hand side which is kinda redundant.  And I feel like I'm griping here, but the microphone is on the left side of the device.  When I pull up the phone to my mouth to speak I'm looking at it dead on, and it just would make sense if it were at the bottom.  I get it, it probably doesn't matter as it's a good mic, and there's sensors already at the chin, so it had to be moved. 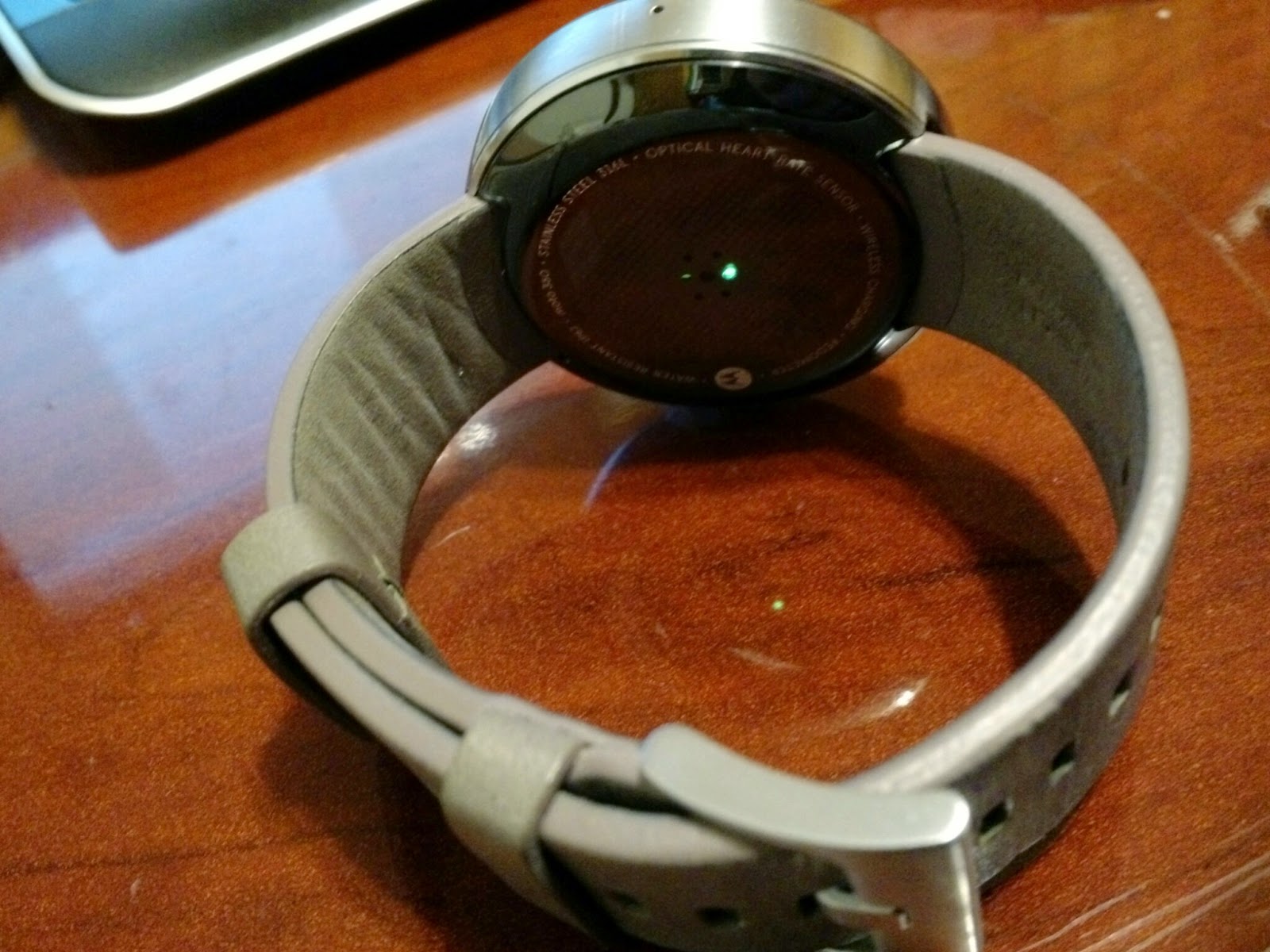 The strap is non replaceable (as far as I can tell), what you get is what you get when you get it.  I do like the feel of the leather, but there's this odd 'initial' strap around where you loop the other end in and it's fixed as well as a loose one.  It just makes it hard to try to loop the strap under it once it's through and the metal part (I'm sure there's technical names for these things, I just don't know them.

Okay, that's the physical aspects of it, and they're all small tiny things, but for me adds up to an experience that I didn't enjoy.  Would I return it if I had bought it... probably not.  But I have that luxury of saying what I think on a device that isn't my own.

Let's dive in to Android Wear ... nothing really new here that we don't already see on others, aside from the Heart Rate monitor (which I found never really connected when I wanted it to.  But it does a lot of background checking when i don't know it is - you can see the green light now and again, see the photo above of the back).  If you have a Moto device it also has a bunch of Moto health options as well. 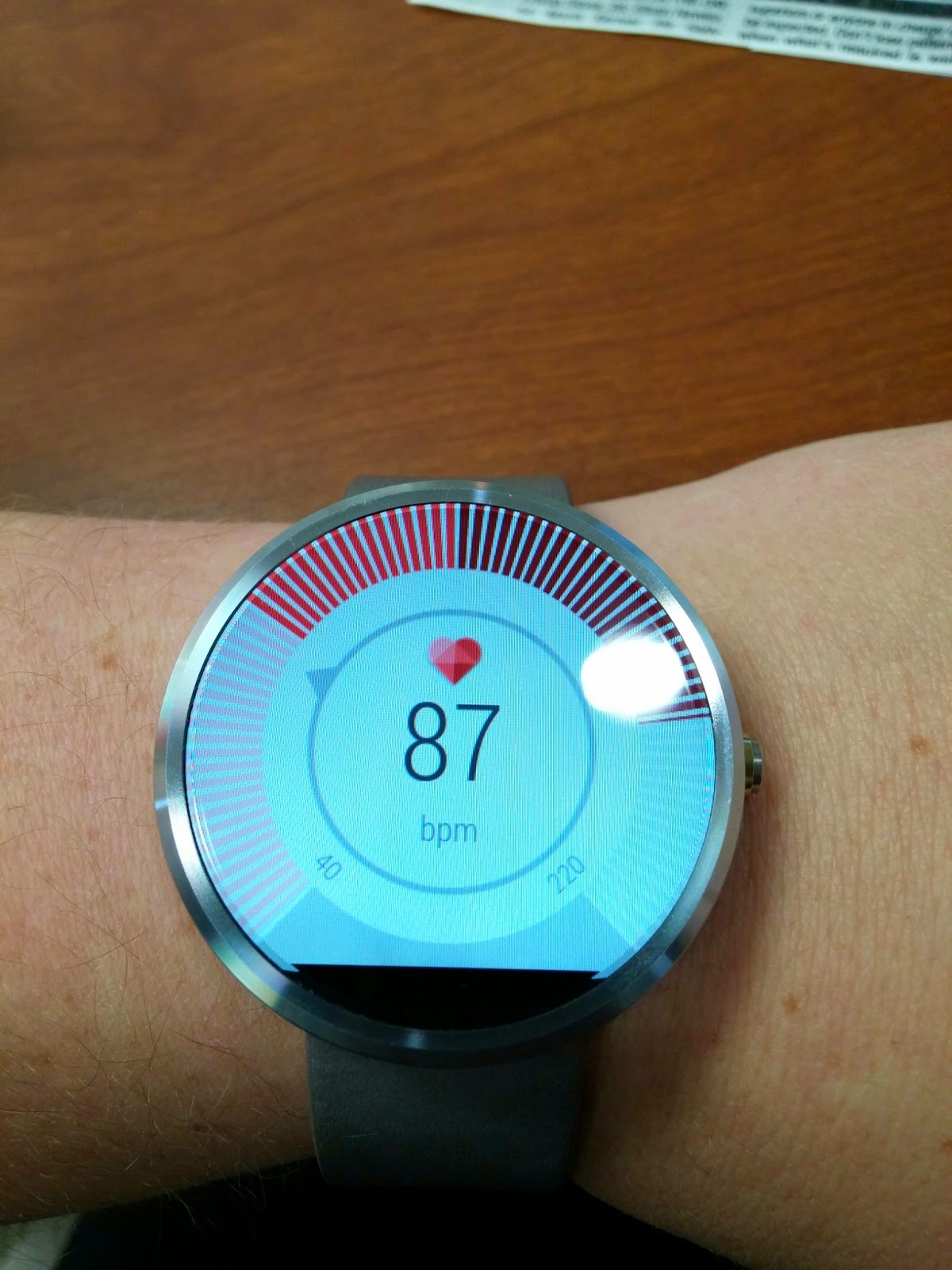 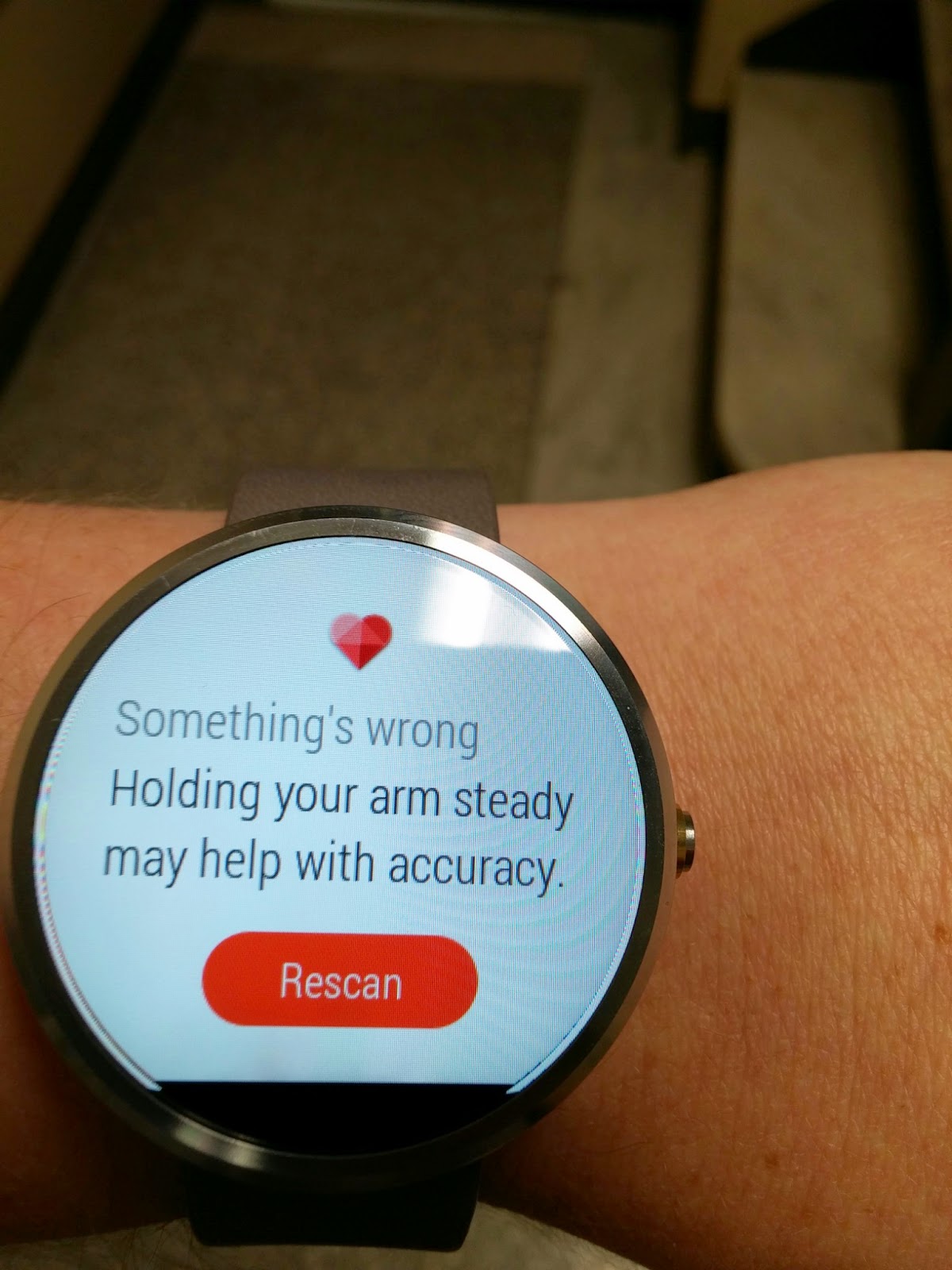 I'm starting to really love Android Wear.  The 'on demand' notifications is growing on me.  I wish that it would have a persistent card for the heart rate monitor, but that's just me.

I find it odd that when I first got it it was the earlier build of Android Wear, where the card would stay on the face (you couldn't swipe down to dismiss).  But then it eventually updated.  Then I swapped it to my LG phone instead and so had to reset it... but then it went back to the earlier Wear build; then it updated again.  Then swapped it back to the Moto X and it's back to the early build again and I can't get it to update again.

Minor for sure... but just one more thing.

Well, that's just my experience, I know tons of folks who love it... and it just wasn't for me.