Samsung adds another Galaxy - the Alpha

Posted by Ryan Moore on August 13, 2014
Now, as much as I'm tired of hearing Galaxy this and Galaxy that... Alpha has a nice sound to it.

Does it mean as 'first' or as 'top dog'... or as 'before beta' (i.e. not even ready for testing?).  I jest.  But it looks like this might lead them into the latest 'evolution of Galaxy Design' (as one of their team puts it


I like how they say "just alpha"... I was hoping that meant that it would be called the Samsung Alpha... 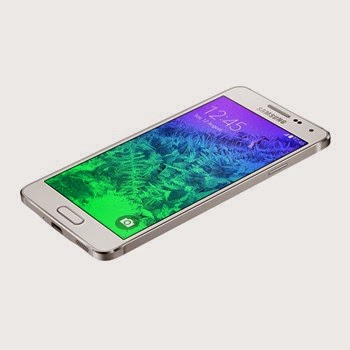 So what does this mean?  Looking at the device you can see the sturdy looking edges, reminiscent of an iPhone'ish design, and it is metal... no more complaints about Samsung's cheap plasticky feel.

But also you'll get:

So this isn't the LATEST in spes, smaller screen, lower resolution, ... it'll be interesting how the OCTA core handles ... but maybe it's going after that "Moto X crowd" where they can claim that lower specs are enough.

Check out how it compares to other devices in our database.

No word on whether it's going to be available, or when... 'nor pricing.  But it's interesting none-the-less.