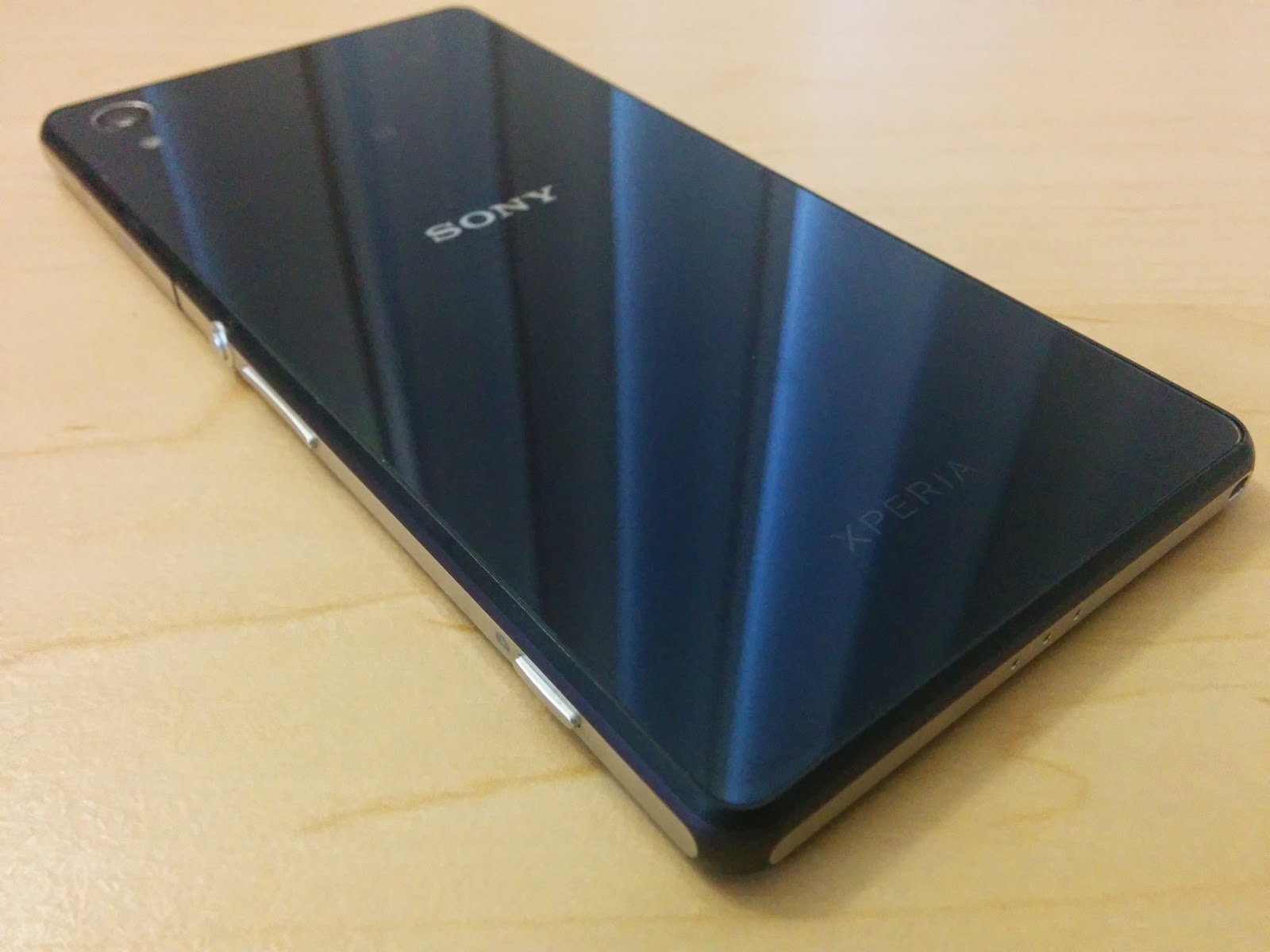 As many of my readers and followers should know by now, I've walked away from +OnePlus and picked up myself a +Sony Xperia Z2. I decided to #NeverSettle and stop waiting like an #Apple user, standing in a giant endless lineup for a phone.
s
I don't believe in long drawn out reviews. So in this review I'll be hammering down on the goods and bads in quick succession. For the things I miss, or questions you may have, I'll fill in those blanks on my +Google page at www.Google.com/+TomGray

The Physical design is an area Sony appears to have mixed reviews. We have the beautiful Black glossy model with glass on both sides, with a silver trim. This uniform look is something I always appreciate when owning a phone, however they also have White and Purple should you prefer those colors instead.

This being my first Sony phone, it felt a little odd holding it in my hands. The Sony Z2 is flat on both sides, and when you're use to holding Samsung and other various curved backings on phones, the Z2 feels a little odd in the hand. However, you get used to it withing a day or two.

The Z2 has a waterproofing flap on both sides of the phone to cover various inputs of the phone, like your USB, SIM, and MicroSD. They USB flap feel slightly weak, but I purchased the Mag Dock so I wouldn't have to mess with them too much. 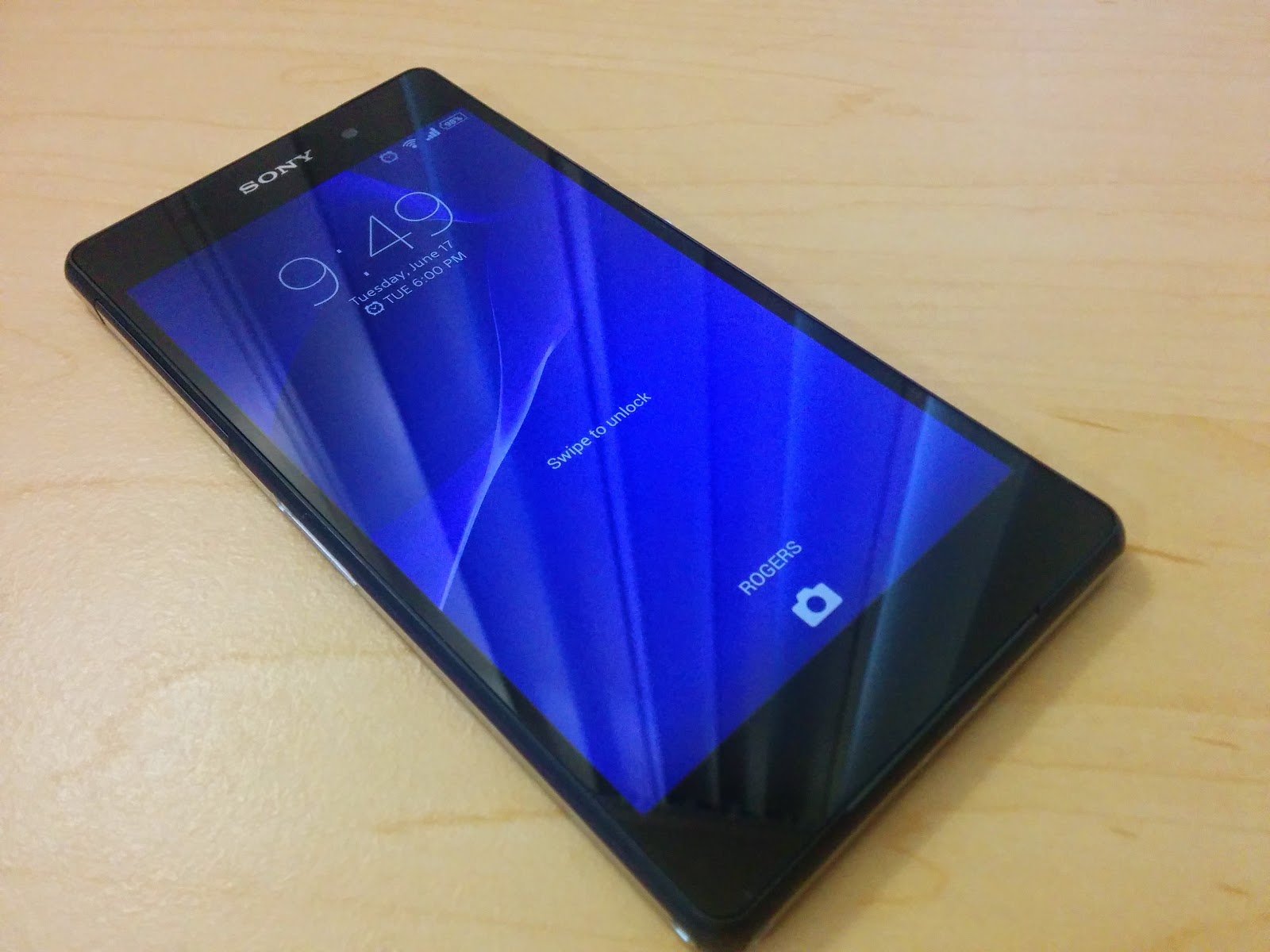 Sony impressed me with their previous Z1 release, but the thick bezels it had was ultimately their downfall which kept me away. I'm pleased to see on the next generation Z2 release, they've corrected this issue and shrunk the bezels considerably, not to mention giving us better viewing angles as well.

The screen display has very accurate colors and whites. For those who don't think it's totally accurate like I do, they give you white balance adjustments to correct it yourself. The screen's double tap to wake feature is just amazing to have in your hands. Sony may not have been the first to use this method, but it's nice to have nonetheless.

This 5.2 IPS display 1080 x 1920 pixels, at 424 ppi pixel density doesn't leave you wanting anything more. The Sony Z2 screen has a brightness sliders to tweak the Auto-Brightness levels, with a very bright high point, giving you great clarity outdoors.  Some part of me misses the true blacks from an AMOLED display, but it's soon forgotten with the brilliance of the Z2.

Having front speakers like the HTC One showed us that it can be a brilliant thing, and Sony doesn't fail to deliver.
The speakers out of the box don't sound as good as the HTC One, but isn't far behind.

I found the notification volume to be on the low side using the Sony Z2, I found myself missing the odd message here n' there because I didn't hear it. Looking around in the options I found a host of options Sony gives us to tweak around with. I particularly found the xLOUD option to be most helpful, it boosted my notification volume and other various system sounds to a level I was happy with.

Call quality seems to be clear and loud. I don't use my phone for calls very often, but the caller was clear and commented how clear I was, thanks to Sony's noise cancelling built into the phone. Not to mention there's even an equalizer for call quality adjustments.

Tweaking around with all these settings, you can make these speakers sound amazing. However, as said previously the HTC One still bests the Sony Z2 speakers, but that's to be expected. The Z2 won't disappoint when it comes music lovers such as myself.

Normally one of the first question someone asks when they see a new phone, "How's the battery?".
I'm extremely happy to say the Sony Z2 has one of the best batteries I've ever used. 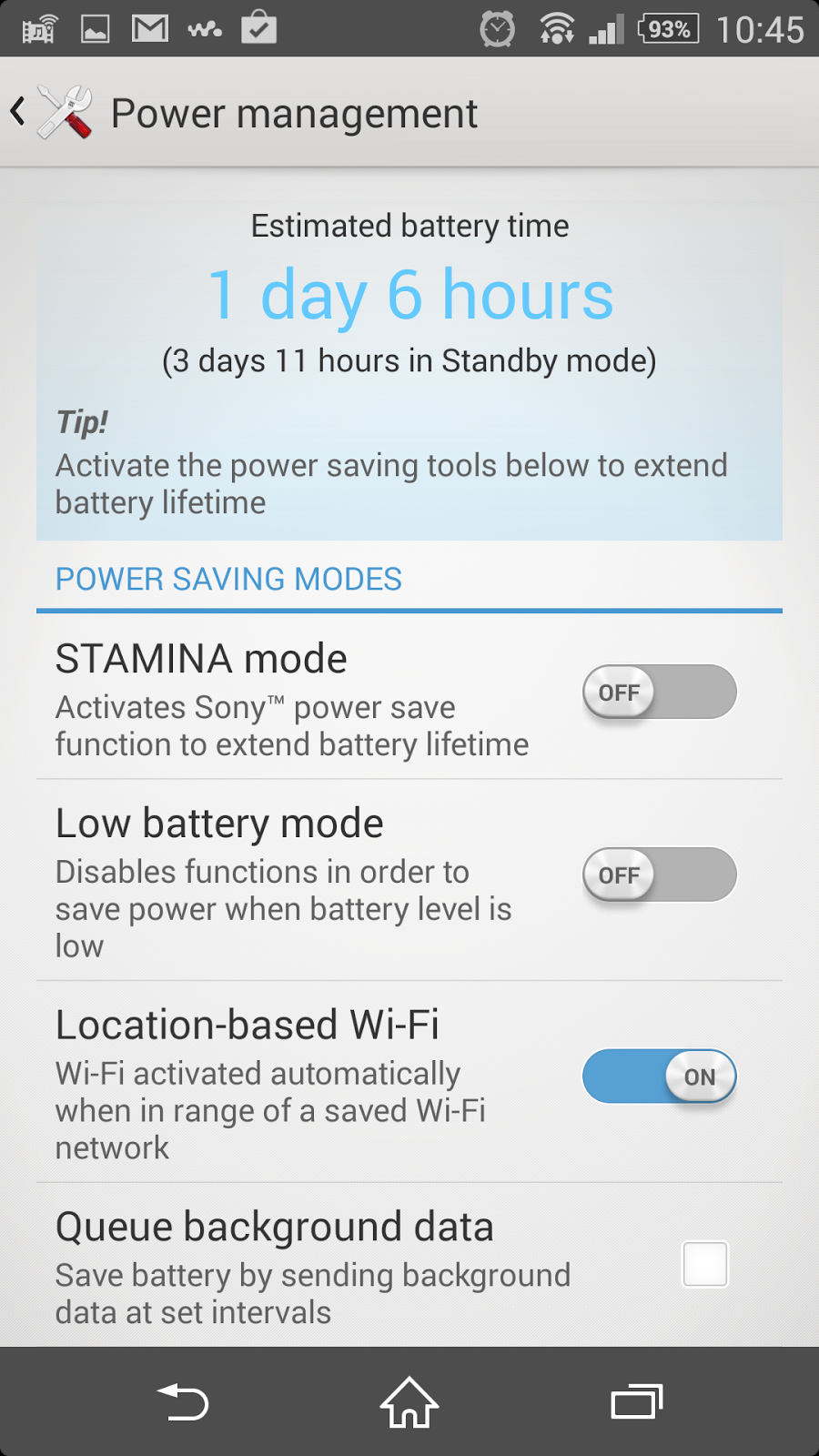 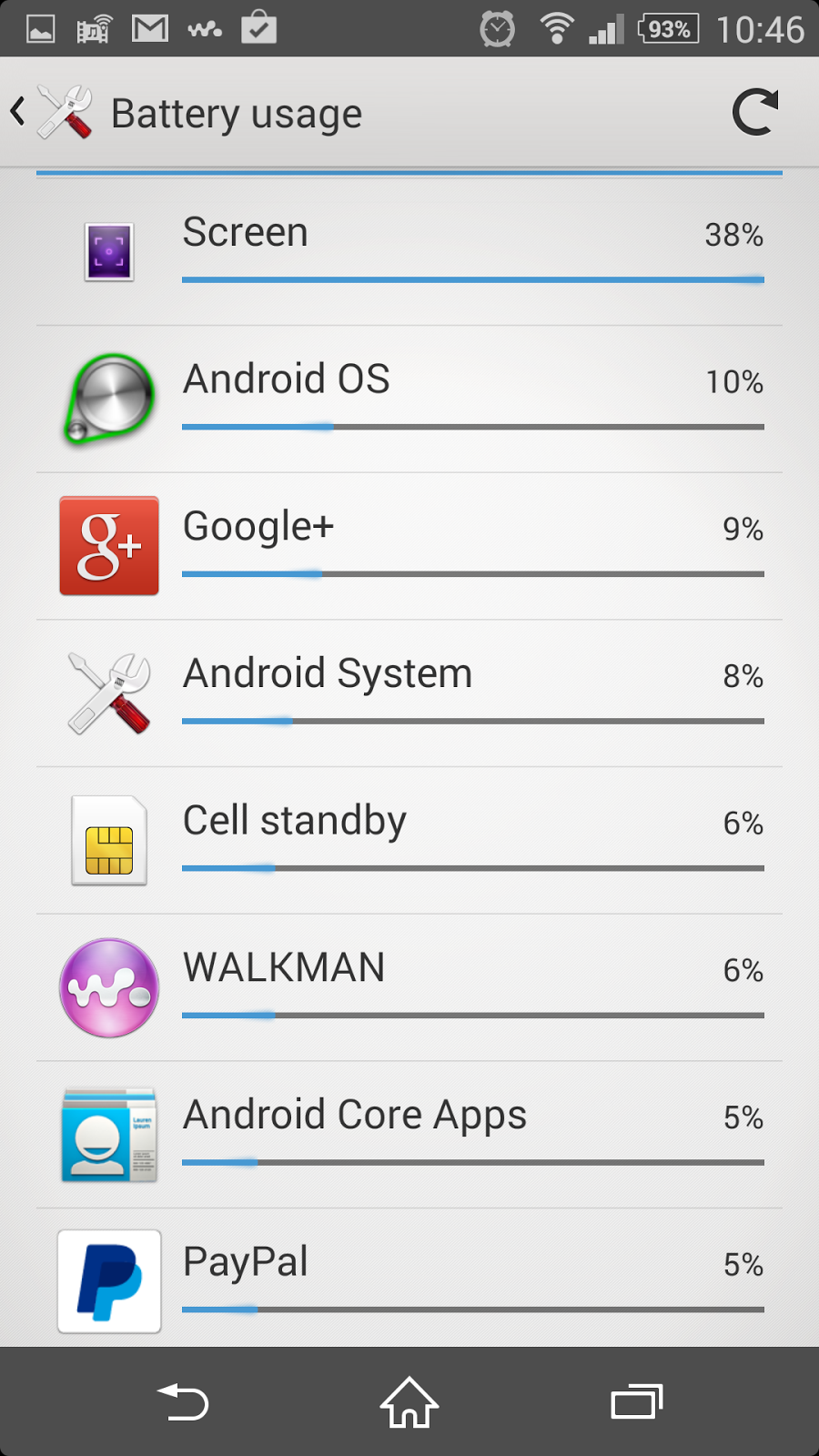 Sony somehow found a way where I can listen to 6-8 hours of music via the Walkman app, and have it barely touch my battery. On a typical work day I use 6-8 hours of music, 30-45 minutes of screen time and a number of emails, texts, Google+.  I go to work at 6AM in the morning and return at 4PM and still have 80% or more battery left on my phone without using any battery saving features, except for Location-based WiFi.

Over the weekends, I was able to get 6-7 hours of screen time without using any battery saving features ,except WiFi-based location. I have my brightness at Auto-50% and using my phone for pure social and music, lasting the whole day, if not 2 is not an impossible task. I don't know how Sony does it exactly, but they know how to make the Z2 last forever. This one one battery I'm proud to boast statistics about. 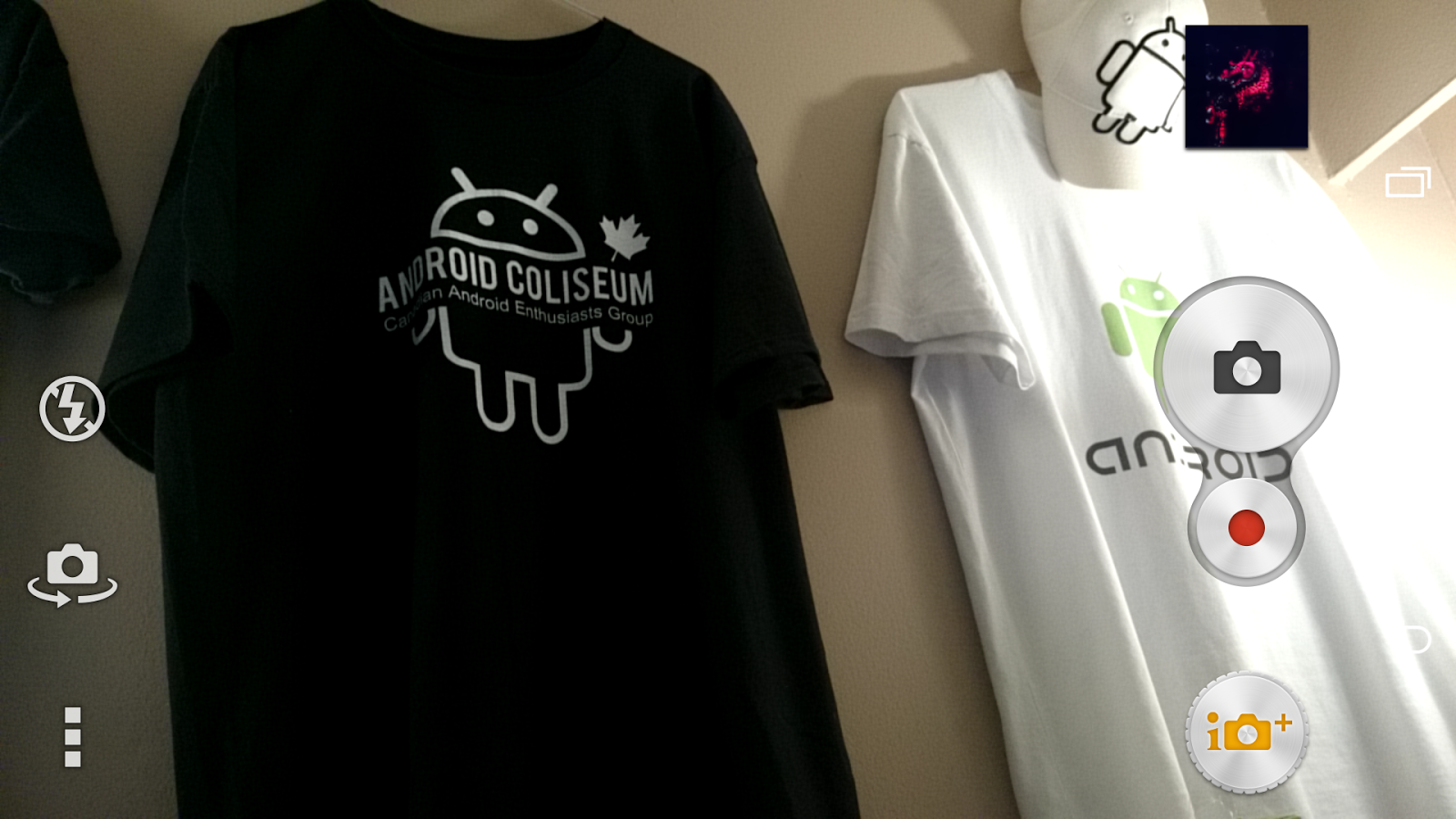 The 20.7 Megapixel (Mega Pickle) Camera is what I call "Stupidly Smooth", but that's a good thing. When panning from side to side, it's so smooth, it doesn't seem realistic, like processing 120 FPS. This is however a great thing to have, this means less chance of a blurry picture.

My only complaint about the camera is you can only take advantage of the 20.7 MP setting while in Manual mode, using any other option, including Superior Auto locks to you to 8MP.  However, 8MP is more than enough, and this camera is so exceptional, it's easily forgiven.

Unless you're going to enlarge a picture for a poster, 8MP will be ideal, but if you wish to zoom in or are a photo snob and looking for absolute perfection, you'll have to lean towards the manual mode to get that 20.7 MP goodness. 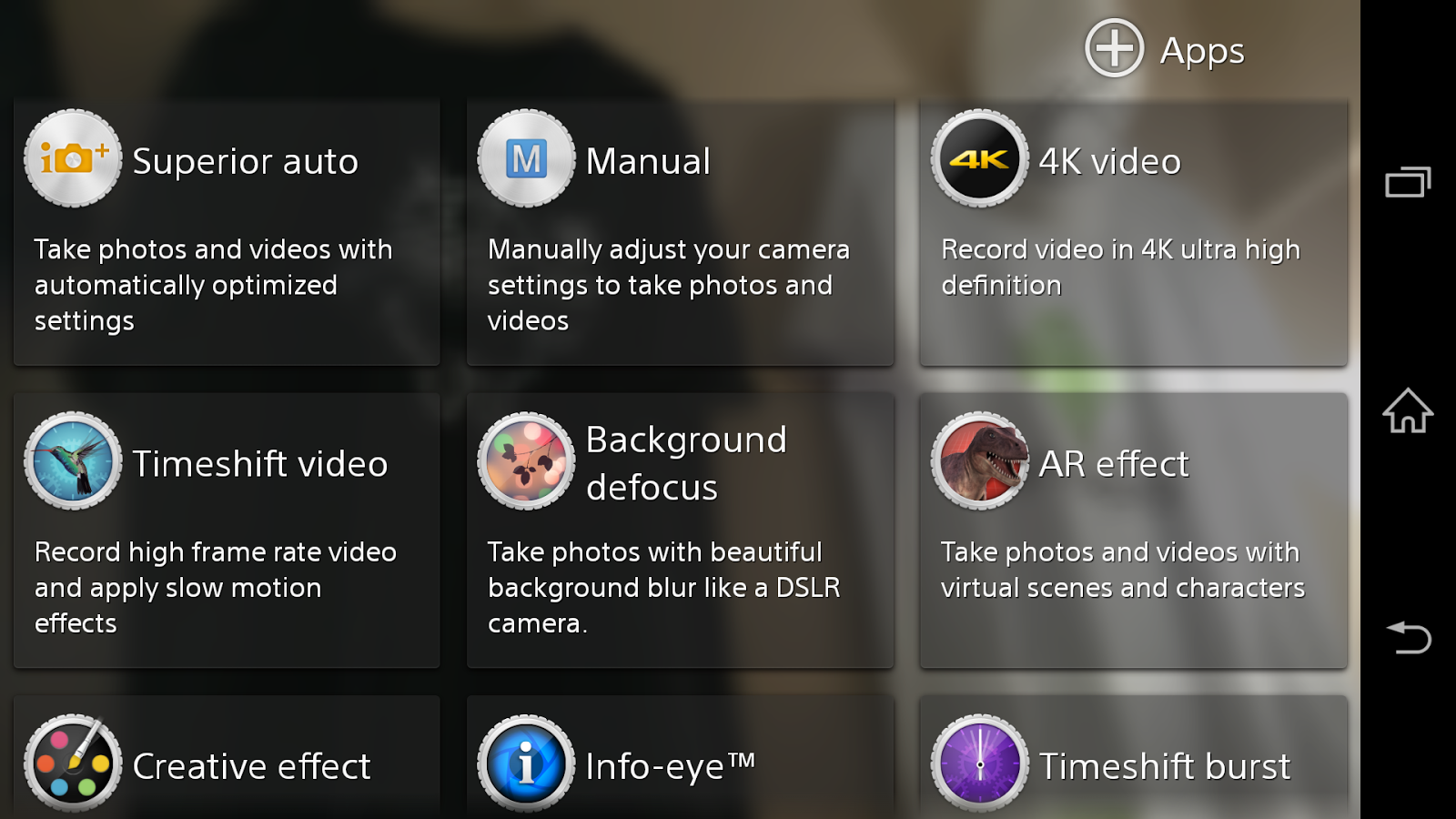 Sony includes a host of camera features, and more can be downloaded later. My personal favorite is "Timeshift burst". Similar to HTC One's Zoe feature, The Timeshift burst feature snaps 61 pictures, starting 1 second before you press the camera button "pre-recording" and 1 second after hitting the camera button, allowing you to cycle the 61 frames in a video like selections to find that perfect frame. Though most users will be locked to 8MP and using superior auto, this can easily be labeled as the best mobile camera I've used to date, and I've had all of the top brands found in your local stores today.

UPDATE: Some photo samples can be FOUND HERE.

I've had 33 Android devices according to my Google Dashboard, and when I lean back in my chair and think, I can almost recall all of them. That being said, this is my first ever Sony device.

One thing I was very surprised and impressed with is Sony is the closest OEM to stock Google. There's some UI tweaks, lots of customization, however you can still see it's a very lightly themed stock Google environment.
They didn't load the Sony Z2 with a bunch of garbage no one asked for like some other OEMs, I'd say 95% of everything that came out of the box, I'm currently using now. There was the rare app I froze, but Sony has done an amazing job keeping the Z2 clutter free.  Of course a clutter free device, translates into a speedy device. 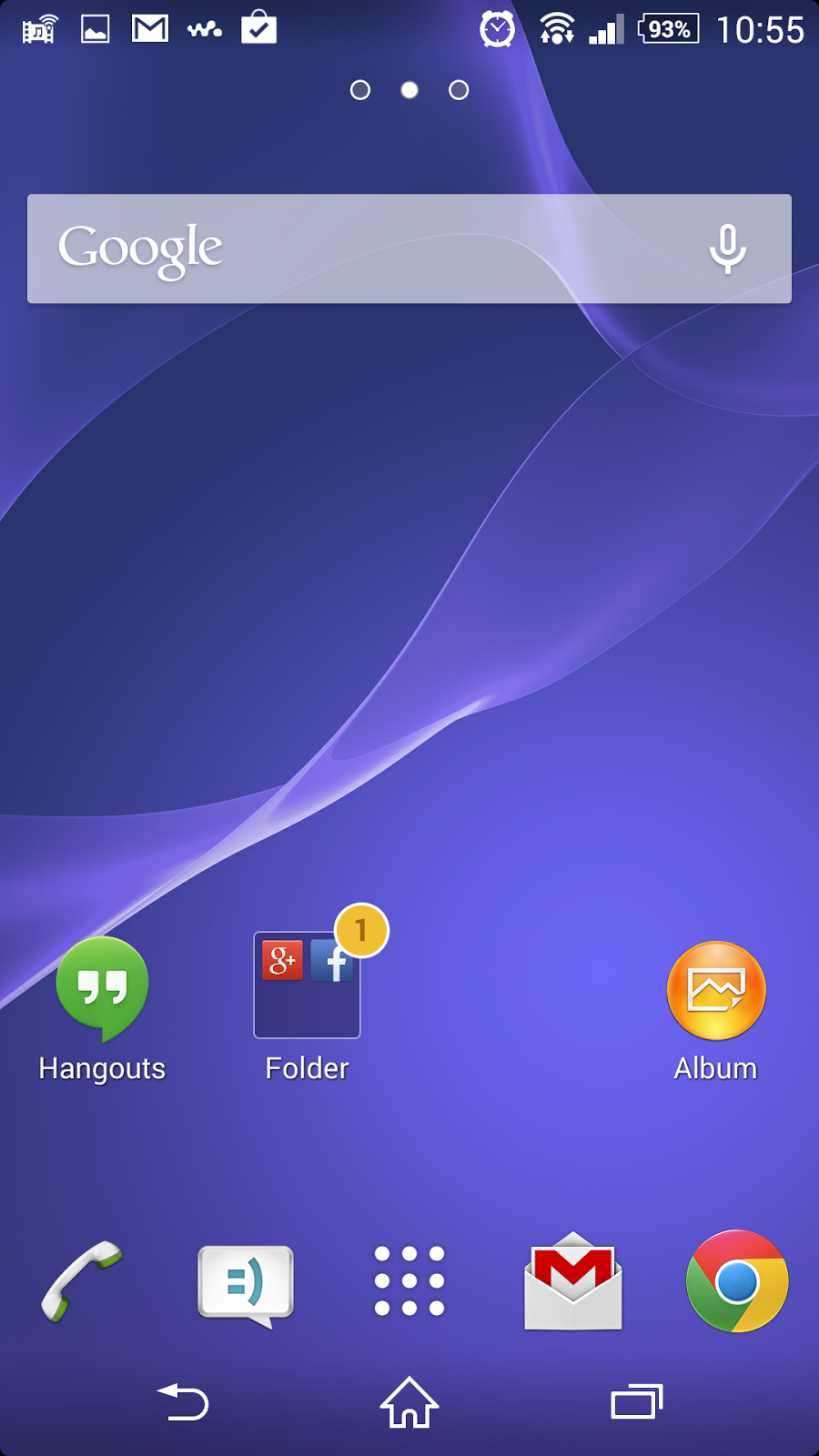 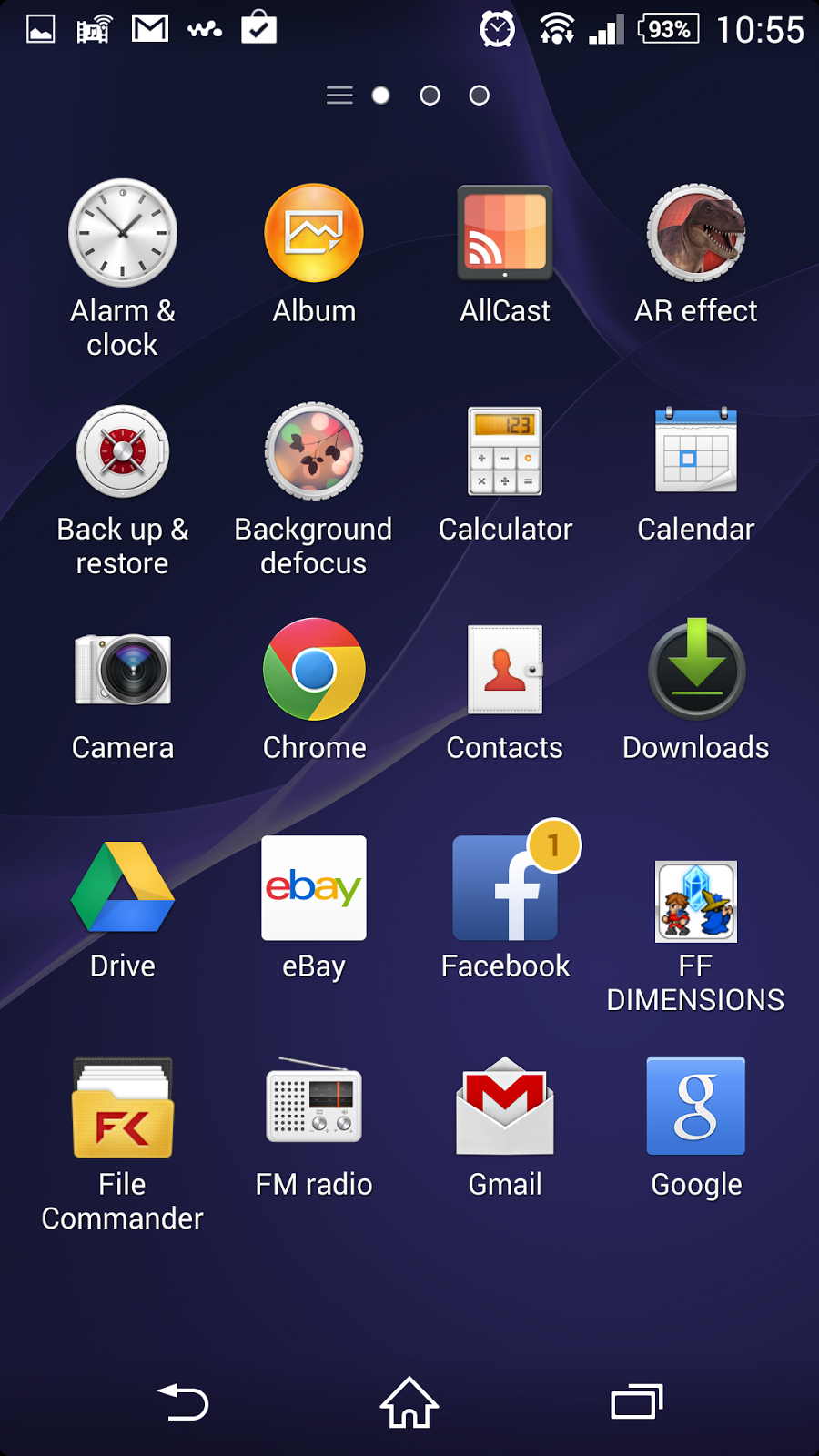 All the dark background have been replaced with a Grey'ish light theme which fits with Sony's UI quite well, however this could all change depending on the theme you decide to use. The screenshots seen here are using the stock theme, which I find very clean and beautiful. 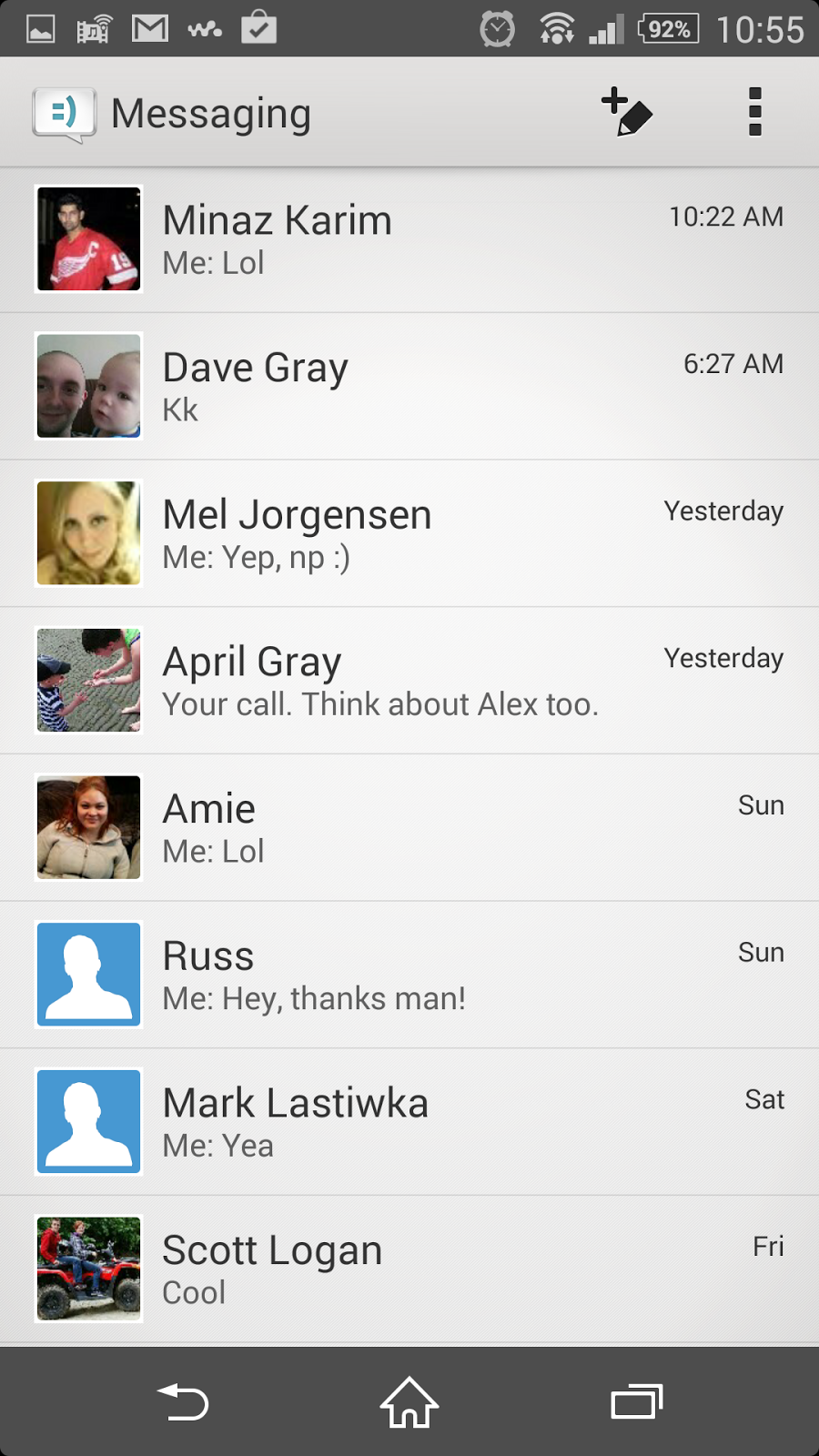 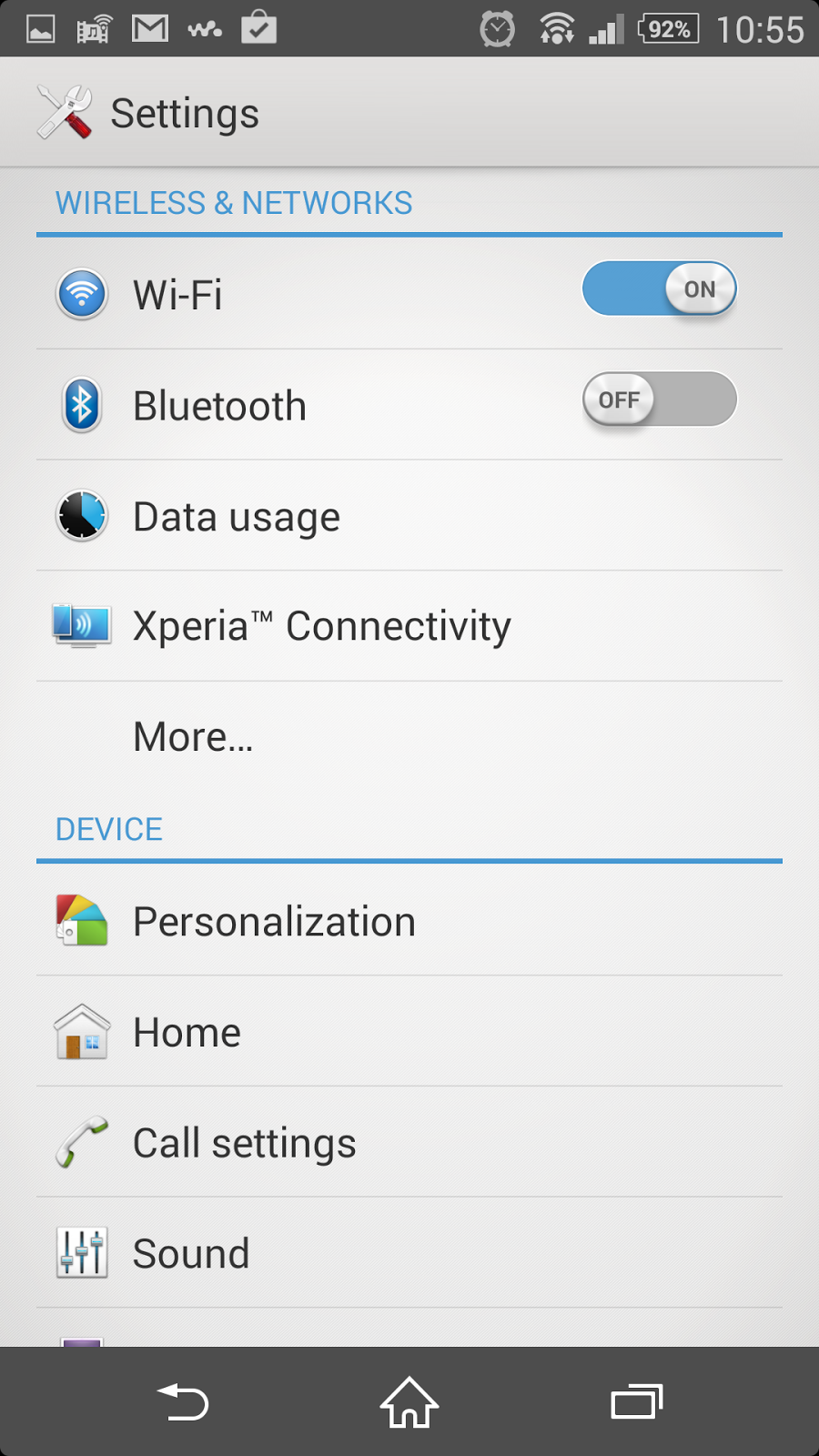 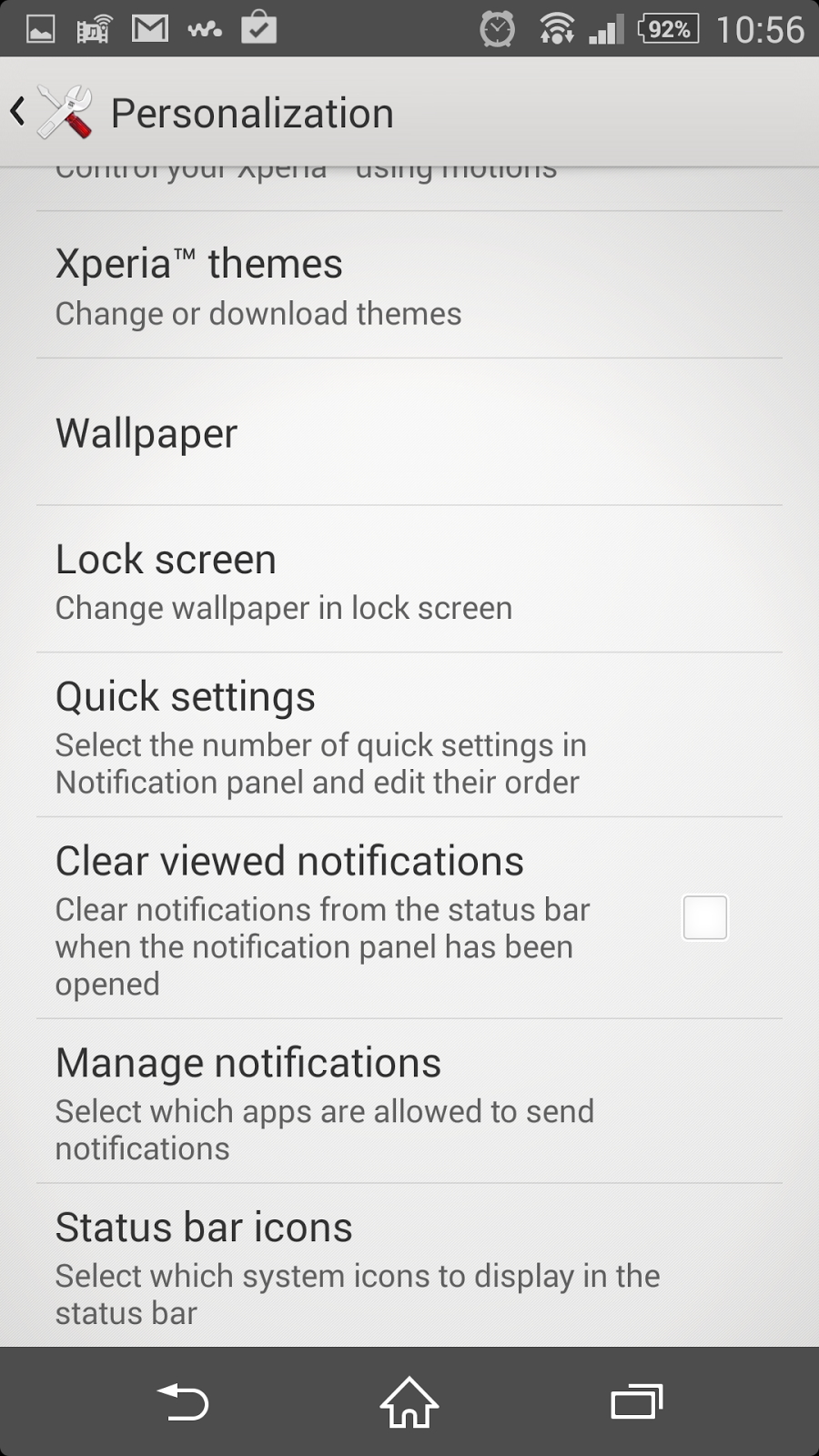 Sometimes less is more. In the list of options you see in the far right picture, you'll see some customization options.

For example, using the "Status bar icons" options, you can remove elements of the status bar to remove some clutter, or maybe you want apps to stop leaving status bar notifications like some of those free apps like to do. The ability to pick and choose the quick toggles within your notification bar, as well as some motion settings.

Sometimes it's the little things that cause us to really appreciate the big picture.

Final Thoughts and Round Up:

This Sony Z2 being my entree phone into the Sony world of Android has put me in a very impressed state. It seems for this past week, I just couldn't shut my mouth about how great this phone is. I can honestly say +Sony Xperia did an amazing job on this phone, and it puts it in my #1 spot of all the 33 Android phones I've owned in my Android career.

Big thanks to Paul John Ferreira for holding this phone when I ran down to the Sony store in Pacific Center in Vancouver, and answering all of my 101 questions I shot at him.

The Good Points of the Sony Z2

The Bad Points of the Sony Z2

If I've missed something in this review you'd like me to address, feel free to leave a comment down below. For a more direct contact with me, hit me up on my Google+ Page.