The LG G3 is here (announced at least) 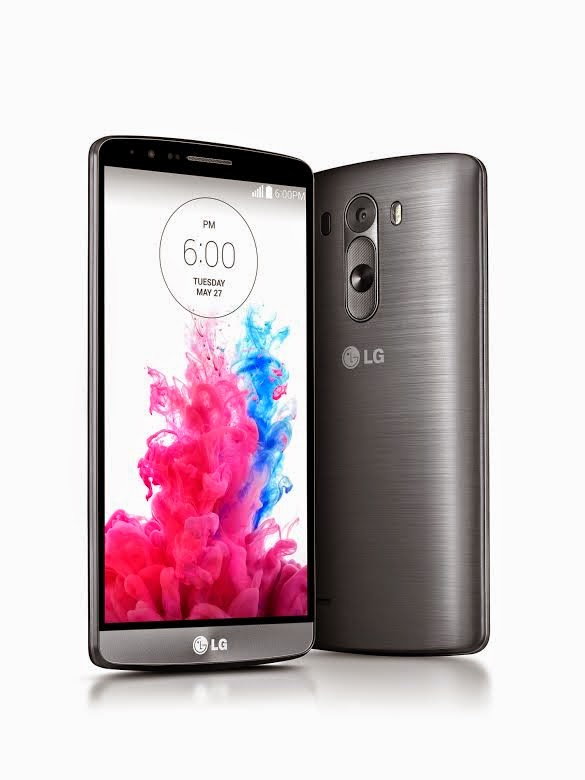 It's no secret that I've been a fan of the LG brand lately.  So today, I hung out on my hammock in the back yard and watched the live streamed event announcing the G3.

Not as high on the detailed specifications, they did unveil a fair bit of the device.

Here's what they are, 3 main parts:

Display
A quad HD display (2560x1440)... they touted that a lot.  It not only goes beyond anything else on a phone display (and did a good job overcoming the "hey, isn't 300ppi the limit for discernment") they also showed that through some innovation they've been able to reduce power consumption by 20% (vs. other 4k displays)

Design
With less bezel than before it's only slightly wider than 5" model phones (I can't wait to see how it is against the Note 2) meaning that the front of the phone is now 77% display.  Metal brushing on the bottom is neat and really helps you determine what's top and bottom in my mind.
They also commented on the simpler looking design to make it more intuitive.  Especially in areas like the keybaord which will be adjustable for height and better autocorrects.

Speaking of simple, that was their new catchphrase - 'simple is the new smart' 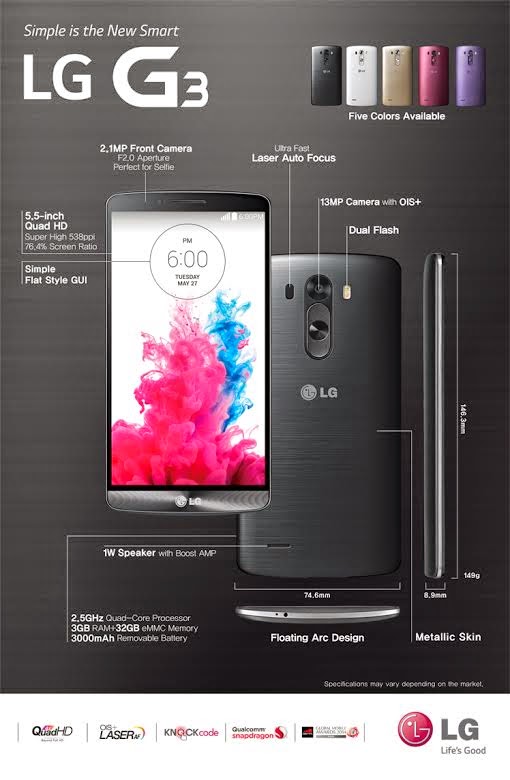 They didn't really mention the 2.5GHz quad core Snapdragon 801 or the storage and RAM.  Apparently it'll come in 2 "flavours):  One will have 2GB RAM and 16GB storage, the other will upgrade both to 3GB RAM and 32GB storage.  Both will have access to microSD cards up to 128GB

The battery stayed the same at 3000mAh but they've now made it removable... AND it's now Qi charging compatible (YAY).

I've put all the stats on our database for you to check out.

Not a big bump in some areas, but I'm still awestruck by the 4K display idea.

Then there was the accessories... a Qi charger, wireless headphones, Circle case (think S View, but a circle)... and best of all, a G Watch teaser.

Excited?  I am... just only one thing it was missing:  how much and when.  I know I'll be paying close attention to that bit of info.