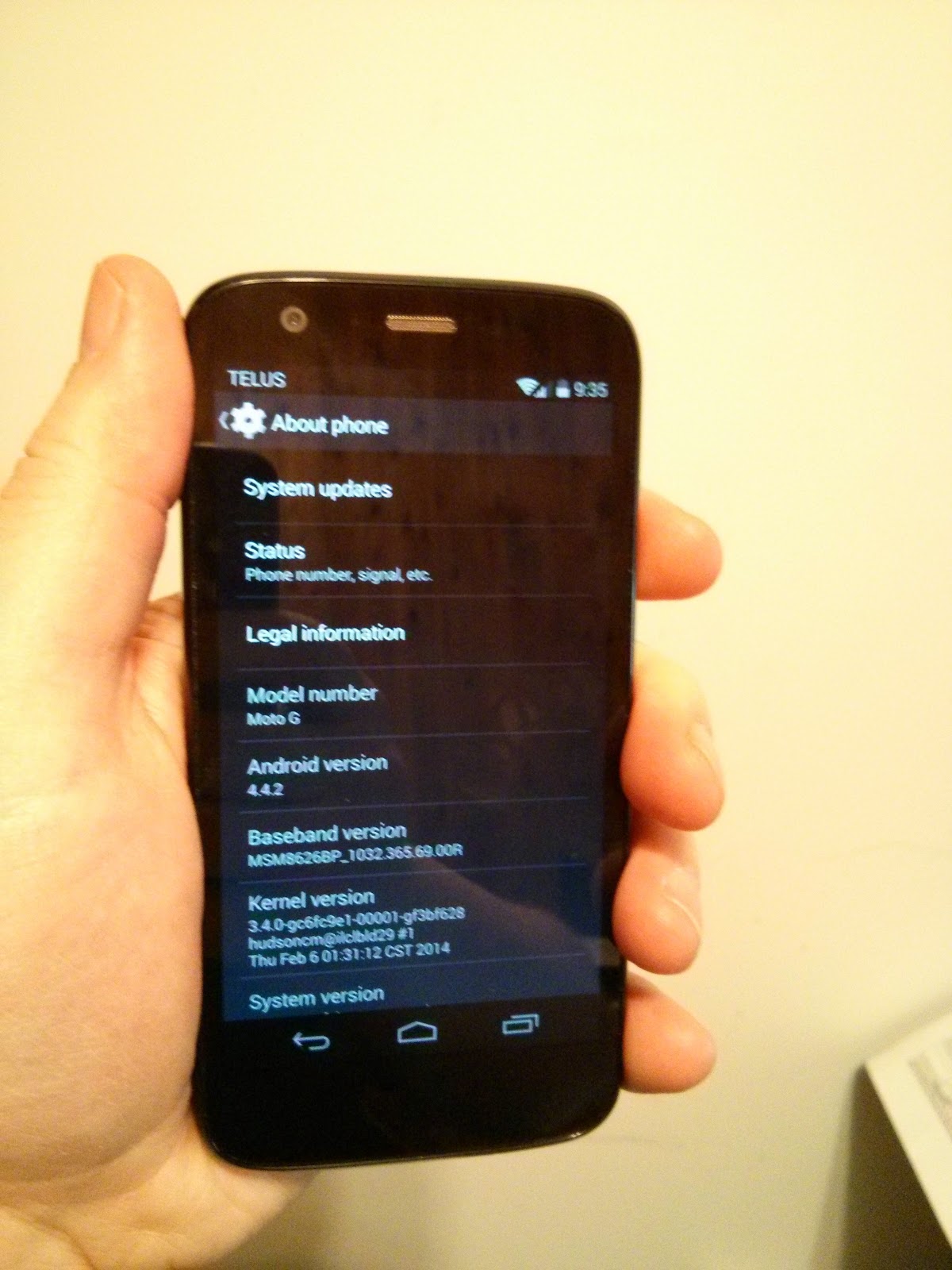 So when Google purchased Motorola there was a lot of excitement about what they'd produce together.

Out of this strange marriage we saw the Moto X.  A phone that I reviewed a while back and really enjoyed.  +Tom Gray  was using his just up until recently when he picked up the Note 3.  He was flip-flopping between the X and the Nexus 5.  It really got us thinking that 'cheap' phones didn't necesarrily mean you had to sacrifice anything great.

Then Motorola went a step further and showed off the Moto G.

A pared down version of the X which was going to sell for under $200 outright.

How does it fare against it's bigger brother the X?


Sure, lower specs (don't get me started on the 'quad-core vs. dual core' argument... again, go read my review on the X).  But really how is the device?


When I first got the phone it was pretty exciting.  Especially as I tend to see a lot of people always ask "what's the 'free phone' that I can get?".  Having something that is 'cheap' means it's a great option to some people.  It really puts it in the range of the 'feature phone'.  This will help get a lot of the flip-phoners to step into the realm of the smart phone.

That thought really drove a lot of how I've viewed this phone.  It's shaped my sense of it.  When you want to buy it, Telus sells it for $200, whereas Koodo and Virgin sell it for $150.  That's really cheap.  I'd almost suggest buying one as a backup... just in case.

Really, when I turn it on and it's not all that different from the Moto X when I reviewed it.  Most of the features are there, like Moto Assist, or Migrate.  The camera looks the same, most features are identical to the X.  It even has the strong carrier branding in the top right corner.

The first thing you'll notice tho' is that the voice and contextual options are gone (i.e. no "OK Moto" or flick the wrist to start the camear).  But I would challenge any of the X users to tell me just how often that they use that feature already.

Then you'll notice it's only 8GB.  For me that's a very cramped space.  But again, I have to go back and think... this is not the phone for me.  But, I'm a user who likes to have several email accounts, play lots of games, listen to lots of music.  Thinking of the audience that this is geared towards it would be just fine.

After some usage you might notice that the photos you take aren't quite as great as you'd like.  5MP might be fine, but for some of us it just won't cut it.  Then again... for most people they're just uploading to social media... which usually resizes the photos anyways.  Again, the specs are matching the use case scenarios.

Some folks have pointed out that it also is lacking the NFC and LTE capabilities that the X has.  Again, of the people that I've talked to that have NFC, very few have ever really used it. Even those I 'preach' it to (you can go and check out my NFC article) have left it off.  LTE... sure it's faster.  But again, for those that are probably looking at this phone they may not see the difference.  I'm always flabbergasted at how my mom cannot see the difference between HD and nonHD.

It's like Motorola really thought about who the phone was for and ideally designed it for them.

Sure, it's not a flagship.  But you may not notice.  Aside from the points listed above it actually performs quite well.

I've been impressed at what it can do well.  Sure, Badlands took a bit of a time to load.  But once loaded it ran with very little lag.  Dead Trigger 2?  Runs it just fine.  So it's got me impressed.

So, I find myself really reviewing this cyclically.  I want to show you the X, but with just a few tiny modifications to bring the price point down.

Sure, if I had to use this as MY daily driver I might find it limited.  But this isn't for me.

This is a phone I'd recommend for someone looking to enter the smartphone world and it'd be their first.  I'd recommend this phone for someone who just broke their current bigger phone but can't afford to buy out their contract or pay for the repair.

I've known a few people that are in their 3 year plan, which means they're still using a Galaxy S or S2... maybe even a Galaxy Nexus.  Even compared to the GNexus it's only missing out on the storage space.