Phone Disaster #1 - Prepare by Backing Up! 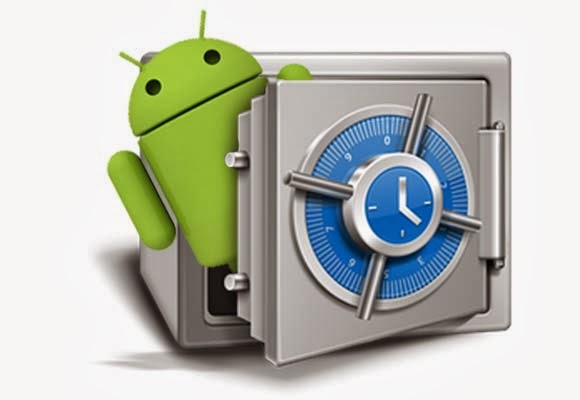 Today, in the disaster series let's just look at step #1 - being prepared.

It literally is something I say several times a day to customers.  Back up your device.  Have some plan in place.  Often I'll be ready to take a device in for repair/replacement and we'll ask them "have you backed up your information?"  We get more curious looks at this phase than folks at Ripley's Museum.

Most often everybody wants to have their contacts brought over to the new device.  I'll ask them how have they saved their contacts.  Hotmail?  Exchange Server?  Gmail?  More curious looks.  I'm assuming then that they're saving their contacts to the device.  Which is great, but when you remove the device, you lose the contact info.

You can use the cellebrite machine to transfer from one phone to the other, or save the contact info to the SIM card.  However, these methods don't transfer EVERYTHING, and usually only has some basic info.  And if one of the devices is incapacitated, then you won't be able to facilitate the transfer.

Always best to be prepared before-hand.  Those boy-scouts have the right mind-set.

So how do we do this?  Several ways.  Let's look at your contacts and then other options.  For most of this I'm going to be mentioning using the Google method; i.e. picking your Google Account on the device first.

I've written about this a few times on here:

So much of your device is based on the right Google Account... that's going to save you a lot of headaches.  The issue then is when you save your new contacts, pick that account to save them to (you could also set up a Live account, or Exchange Server account - they'll sync contacts/calendars/email too).

But if you hadn't set that up already you can go into the Contacts app and choose to 'export' your contacts, or 'share' them (via .vcf).  Export option only goes to SIM, or potentially an SD card on some devices.

Some devices (Samsung) have a 'merge' option in the contacts app.  It'll take any non-account associated contacts and attach them to an account you'd have on your phone (i.e. Exchange, Hotmail, Gmail, etc...).

The other items folks want off their devices are photos.  There's 2 methods you can do here:  physical transfer, or cloud sync.

Physical transfer you just can plug your phone into a computer and then just copy/paste from the phone to a spot on the computer (like you would any USB key).  Do note that most carriers/dealer stores CANNOT do this for you.  Nor should you trust a store to do that for you.  Maybe I'm just paranoid.  But most carriers will not allow their dealers to have customer's personal files on computers due to the potential for some privacy issues (I've heard some stories).

Alternatively you could back up your photos to a Cloud service.  Google+ does this for free (at low resolution).  Many others (like those listed on our database page) have somewhat of a cost associated (usually a low limit for free).

Anything needing to be backed up can be done very similarly.  Apps installed will be 'logged' in the Play Store, so any purchases are allowed to be redownloaded on your new device.  Some apps may only save to the phone, but lots of developers are slowly coming around to the cloud..

Now, for those that ever want to backup / restore text messages there are plenty of 3rd party apps out there that will help you. Personally, I don't like to communicate in some system that doesn't already have cloud syncing (a la FB Messenger, or Hangouts, where you can continue the conversation on any device - I just don't like being locked to one device or OS).

If your device has an issue and it's still responsive you could do a Titanium backup, or use Helium to take a snapshot your phone and the app settings

So that's being prepared.  Anything else you have done to be 'ready' or have stuff backed up?

I take screenshots of my homescreens when I have it set up the way I want, so I can look back and arrange it to the old way.