Have you ever broken a device? [Poll] 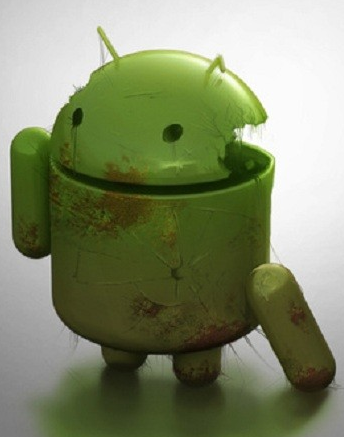 So, with my new, recent job, I find myself staring at many a broken device.  And I wonder... I mean, I've been lucky enough to never have broken a device.  Well, not true, I dropped my school bag in grade school, breaking my GameBoy... and I did crack a Palm Pilot.  But as for smartphones I've never had one mishap.

Am I just an anomaly ... or is it just the unlucky few that I'm seeing.  Enter your answer in the poll below.

I also wanted to start a discussion a few points about fixing 'broken' phones and some tips and trips to reduce your headaches when it happens (see after the break).

So, when it comes to fixing a device... do you pay to get it fixed?  There's a lot of folks out there willing to do that work for you.  By all means, heck I do it for a living now.  I don't mean this to be a commercial... and quite the opposite.  If you're at all adept with a screwdriver, go ahead and give it a shot yourself.

If you're reading this blog, you'll probably have an Android at hand.  You're lucky.  Android devices are about the easiest to fix.  Telegraph wrote an article on the worst for breaking, and Apple nearly dominated that list, but then Android Authority did some digging through iFixit a while ago on which devices were the easiest.  It's a little older, but still very relevant.

And my favourite has been Samsung to fix.  Generally it's a few screws (all the same size and type), remove the backing and then you're at the board.  Everything's easy to get at and easily pop in and out.

An iPhone is several different types of screws (including their patented pentalobe) of all varying sizes and covers over various pieces.  Then it's a maze of where things are hidden under other things.  Just crazy.