GSam Battery Monitor - It's all about the battery I SWEAR! 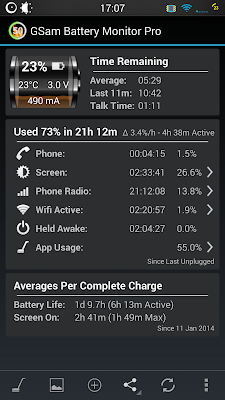 If your anything like me, you like to keep track of what is using your battery. I'm featuring my #AppColiseum of the week.

At this present time, I think personally that GSam Battery Monitor is one of the best battery statistic program out there.

The level of detail provides you exactly what you need to know what hogging your battery. Sometimes you have no idea why your battery is draining quickly and you'd like to find out quickly why.


Let's take the usage I've been doing with my phone today. It this looks a lot like a typical day at while and what not.

My phone was charged last night so I didn't need to plug it in this morning I still had 90% worth of battery.

Let's look at the break down. At this point I've used 1.5% for phone calls, 26.6% for the On Screen (that's when your screen is actually on), the phone radio is usually never off and it's been using 13,8%, my WiFi is usually only active at home and it's off the rest of the time and even more so when I'm sleeping. I have 0% of Held Awake usage but it does show 2hrs which is normal, since there's various utility on your phone that do need to run.

It shouldn't come to a surprise that my apps are using 55% of my battery at this time. Let's view at the break down of what been using what: 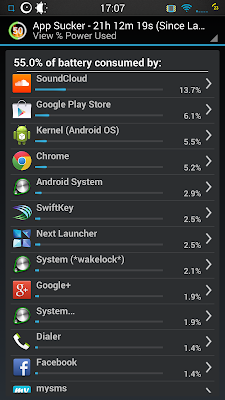 I know I've used about 2hrs worth of SoundCloud and since I live in the core of the city, I travel using the transit system that we have. Believe me, you need music.

Something interesting is Google Play Store 6.1% of usage, I think I may have used it to install 3 apps today, but why? I think that 6.1% of usage for having to install 3 apps is excessive. Google should be paying attention to this and reduce the battery usage that their apps do. In any case. You get the idea right?

From the list you have on the right you can see a good breakdown of where my juice has been going. Kernel, Chrome, Android System, SwiftKey, Next Launcher 3D and the fun part Wakelock. 2.1% of Wakelock sounds quite normal, nothing crazy there.

This leads me to the following, I see on the forums or on Google+: "OMG my battery sucks after installing this rom" or "You app drained my battery" but they usually have hardly any proof. One of the thing is that if you've just recently flashed a rom how about you give it a full 24hr and then 24hr later start monitoring the battery usage and use your phone normally.

What should be done instead is tweaking your environment. Changing the display brightness, the time off screen time, the number of application synching, the number of apps running all the time, the automatic startup, the number of widgets on the screen, the notification interaction. Doing such things you can alleviate the strain on your battery.

There's plenty of guides out there on how to manage your smartphone and I think people forget that a smartphone is basically a computer, manage it almost the same way. If there's an interest, I'll share what I do to get use of my phone all day until I get home and even then I still don't put my phone on the charger it can be several hours later. 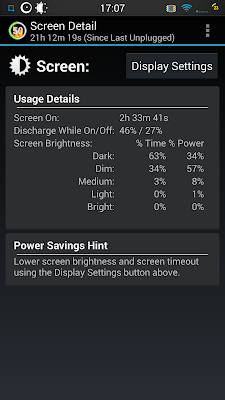 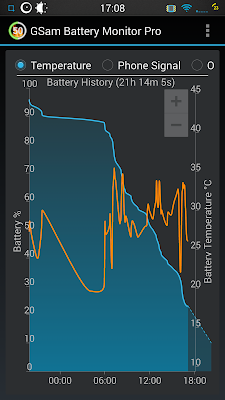 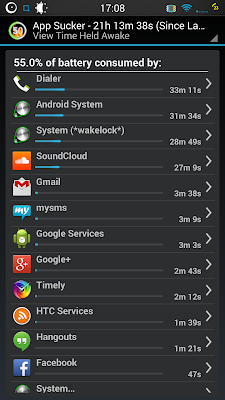 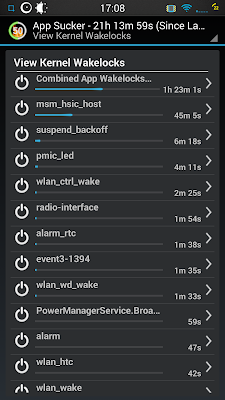