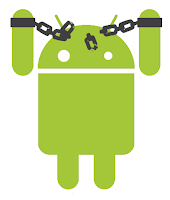 Rooting every single Android device I own is something that becomes habit for me, but since I got my Moto X and now the Nexus 5, I'm finding that I really have no reason to root anymore. Has Google's Android reached the point of no root needed stages?


Google has done an amazing job giving us nearly everything we've asked for. We used to root to do simple things like take screenshots on phones that didn't support it and freeze bloatware. Starting with OS4.0 Google Introduces a standard screenshot method for all models and gives us the ability to freeze or "disable" nearly all non-system vital apps and processes all without root.

I use to root my phones to allow apps to take control of the LED lights and customize the colors, and gain other apps advanced notification control for smart lockscreen style apps. Not long ago Google opened up the Notifications to 3rd party apps to allow them better handling and apps like Light Flow and LED manager help us take control the LED without root.

We root our devices to give us access to device backups and keeping our precious saved games safe when moving from device to device. Since then Google has release Google Play Games which helps keep your saved games and stats (if the game supports it). However, if you're looking for a more direct backup solution, Helium by Cyanogenmod is an amazing app that can also be done without root.

On Google's more recent OS' we can do things like:


Those are just some of the more notable things off the top of my head that we used to have root for.
With all these things available to us, what more do we need that requires root?
Of course there's always going to reasons to root, but for a simple guy like myself, I feel my rooting days have come to an end. Google has released an OS I'm totally happy with and the flashing addiction is dying. Google's OS is snappy fast and there's not a lot of improving that needs to be done anymore.

If you agree or disagree, feel free to leave your 2 cents in the comments down below.