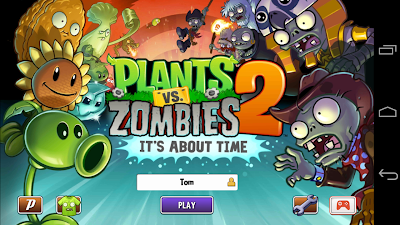 Plants Vs. Zombies 2 isn't a new game to the mobile world, as Apple's iOS had it for a while now. However, I'm happy to report Android finally has it too now, but is it really all that it's cracked up to be? Find out my thoughts in me review on Plants Vs. Zombies 2. 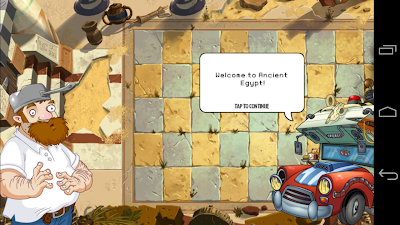 Crazy Dave is back, and with him he brings some interesting new toys. Along with Crazy Dave is his time traveling machine, and now you're able to travel around the world and in time to different destinations to add a little extra flavor to the game. 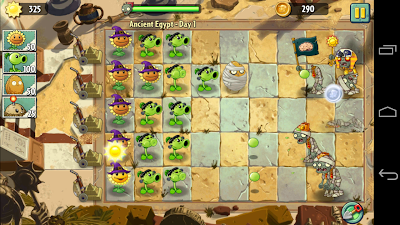 Plants Vs. Zombies 2 offers a face lift over the previous installment, with some funny and new types of enemies to fight off before they get to your house and eat that brain of yours. That aside, to the point of the game I played up to, there doesn't seem to be a lot of difference. To me it just seems like a re-release of the previous installment without really giving us a new and entertaining experience. I found myself losing interest fairly quick, as I felt I've done all this before. 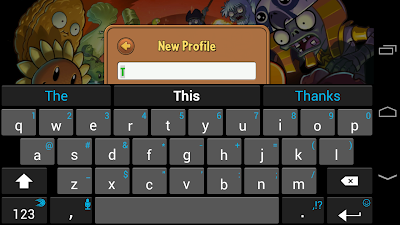 Getting multiple glitches within the first 30 seconds of game certainly didn't help my overall opinion. When attempting to enter my name, the text remained highlighted. So the first letter would stick, and any additional letter entered would erase the currently entered text in replace of itself. The only way around this was for me to tap the text field after every single letter entered. You could imagine this became quite tiresome.

The 2nd issue I ran into was after I finally entered my name as a profile, the start button to actually get into the game became unresponsive. I was temporarily locked in the main menu. Finally after about 7-10 attempts, the start menu finally worked and I was able to enjoy the game.

Plants Vs. Zombies 2 offers a fun and entertaining experience for any and all ages. However its re-hash of its previous game makes it a little lackluster for long time players of the original.

The game was a little frustrating at first due to the glitches, but was soothed by the fact that it's free, so I cannot complain too much. At the stage Plants Vs. Zombies 2 is currently at, I'd be outraged if I laid money such as $2.99 for this glitchy game. The fact that it's owned by +Electronic Arts leaves very little faith, as their history of fixing bugs and errors is far less than impressive.

For a free game to have a little fun with, I recommend Plants Vs. Zombies 2. However, I'd never spend money on this if they ever tried to in the future.