How many of you wear headphones?

How many listen to stuff on they way to work?

That’s a fair chunk too.

And how many of you hate how that wire dangles from your ear to the phone in your pocket?

Well, if you raised your hand to that, then listen up, because Sony has sent us their Stereo Bluetooth Headset (SBH20) to give it a test run for you all. You may remember Tom reviewed a similar device earlier this year, made by Plantronics, but if that wasn't the device for you, keep reading to see if Sony has made can fill that void.


If you are like me, and raised your hand to that last question, then you may have come across this device.  Essentially it is a small receiver that clips onto your shirt and picks up audio from your device and sends to your earholes. It connects to your phone using Bluetooth 3.0 with all the standard Profiles (AVRCP/A2DP/HFP/HSP). To top it off, it includes an NFC chip to allow you to easily pair to your mobile device. For many regular users, navigating those menus can be tricky. With NFC, it’s a tap and you are ready to go. This worked flawlessly and became a pretty important feature during my usage. If your mobile device doesn't have NFC, you can put the bluetooth headset in pairing mode by holding down the play/pause button until the LED starts blinking. 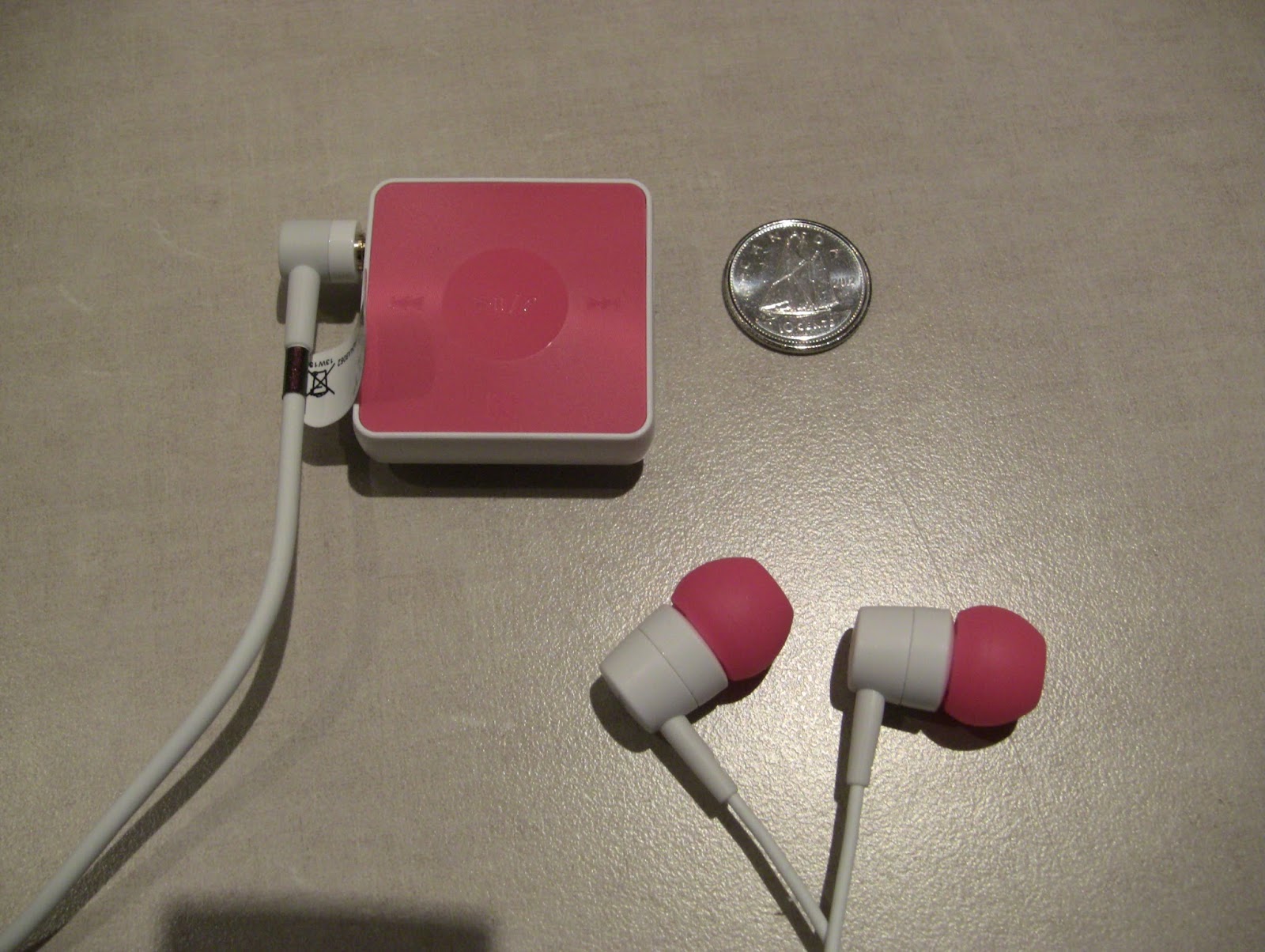 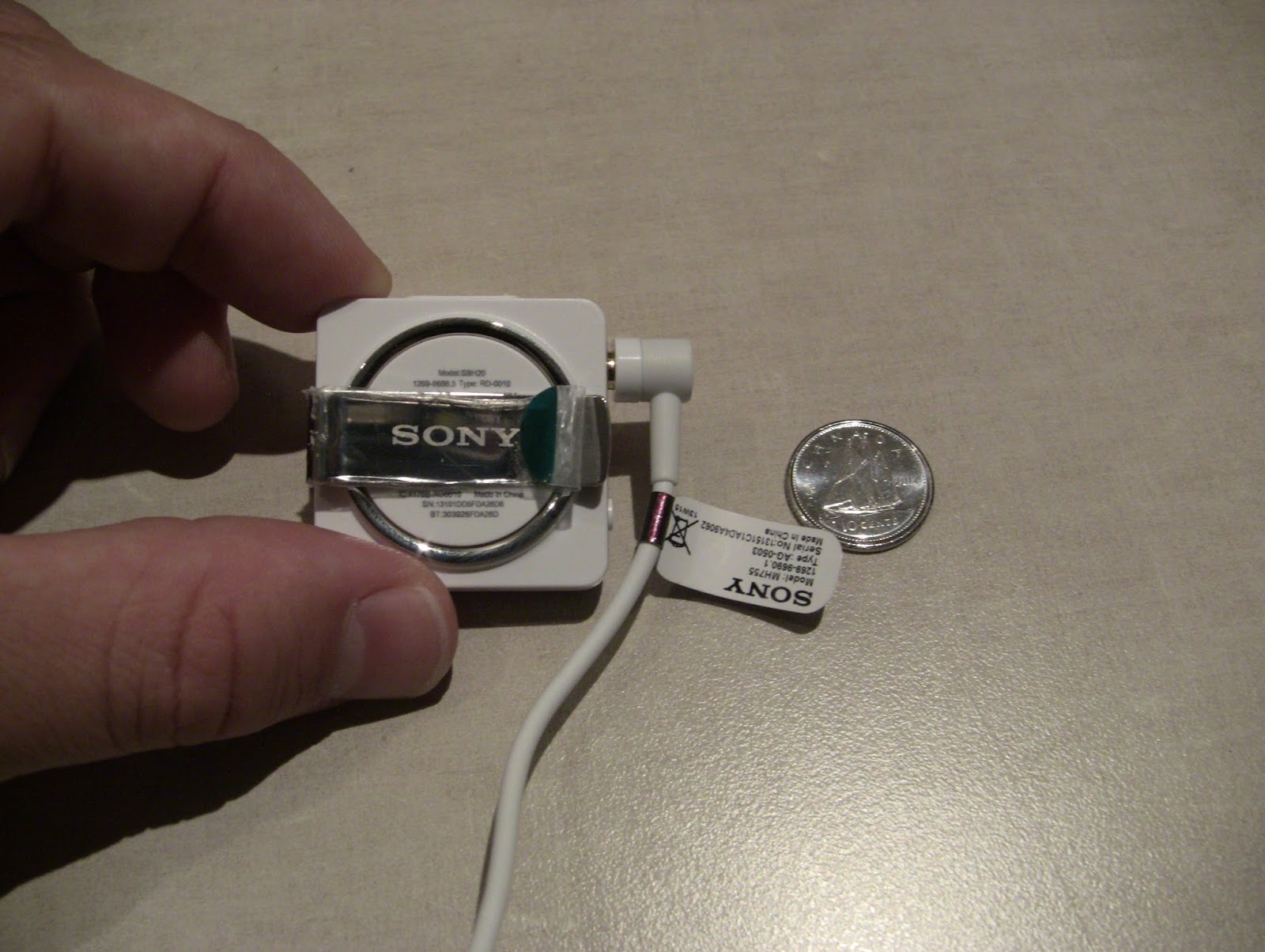 The design is relatively functional yet still appealing. Sony made the device in five colours to suit your taste: black, white, turquoise, pink and orange. It is a small square with rounded corners (sorry apple!) and extremely light weight. I was able to clip it onto my shirt collar and forgot it was there. It is also rotatable and can cover any clipping orientation you come across. The key is to keep the controls up though so that the mic will always be facing towards you. 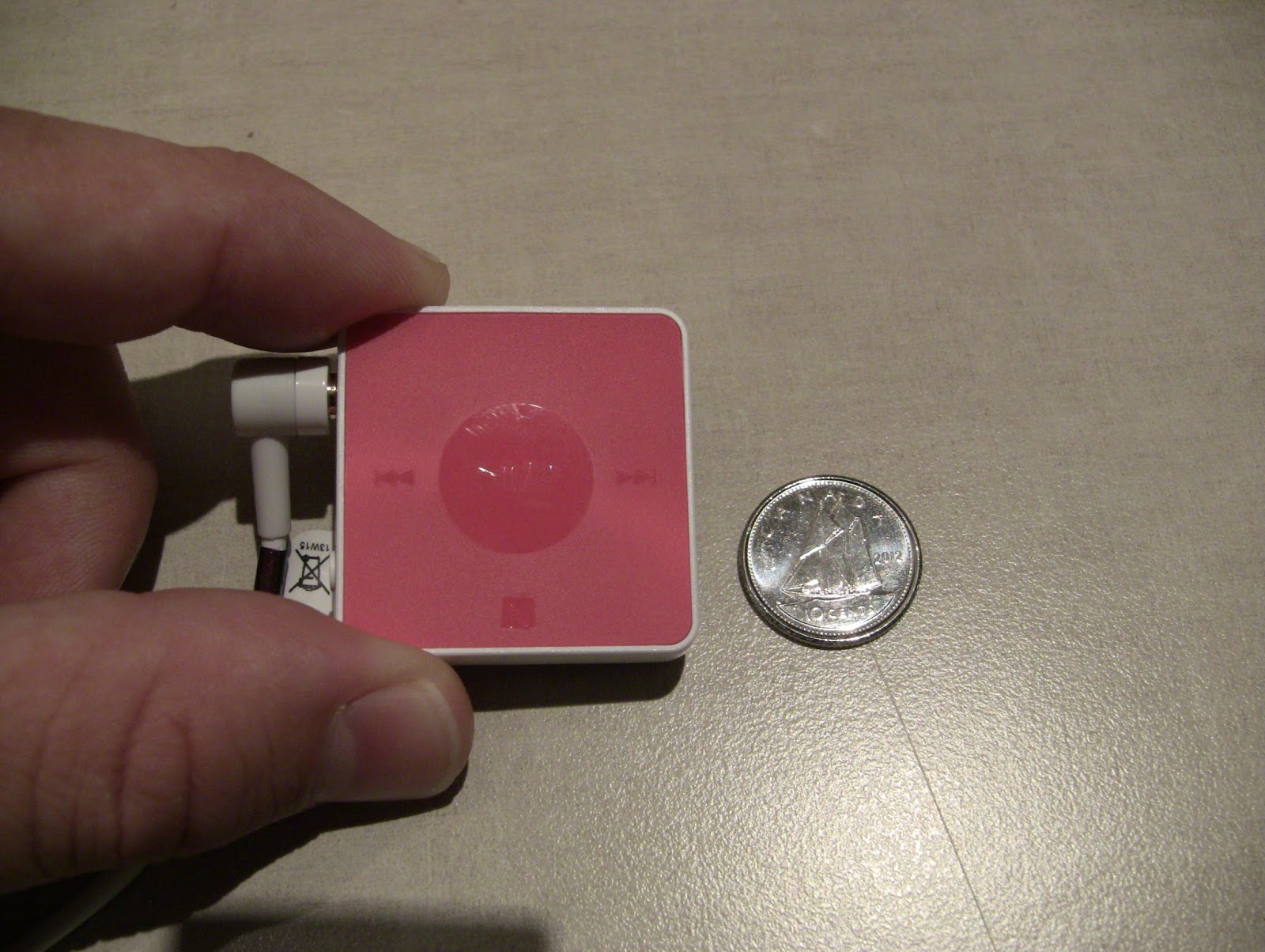 The front face is textured surrounding the Play/Pause button and smooth in the middle. This was suppose to give the user a sense of where they were pressing if they couldn't see, but wasn’t enough for me, and I found myself confused and hitting the wrong button often. 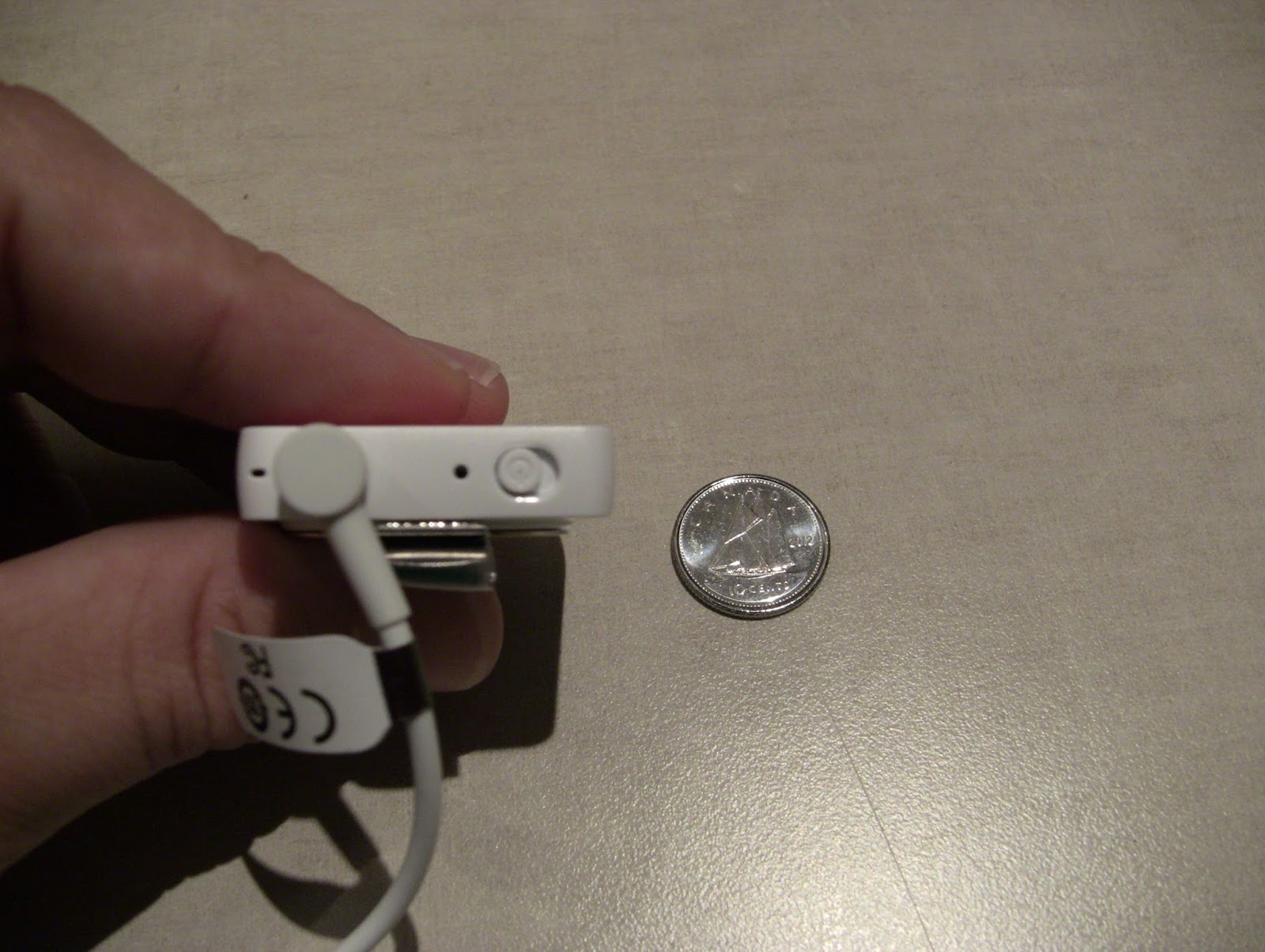 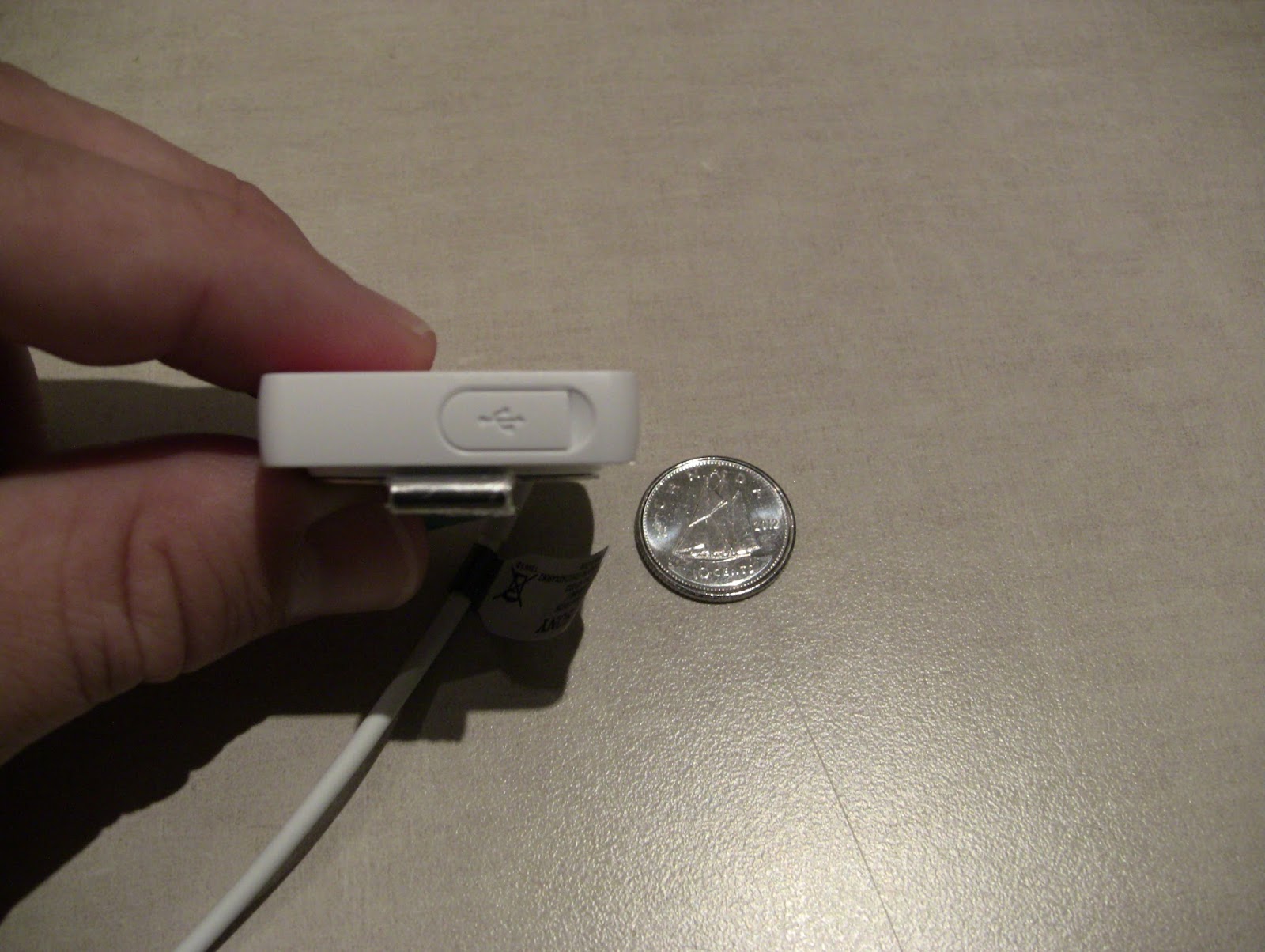 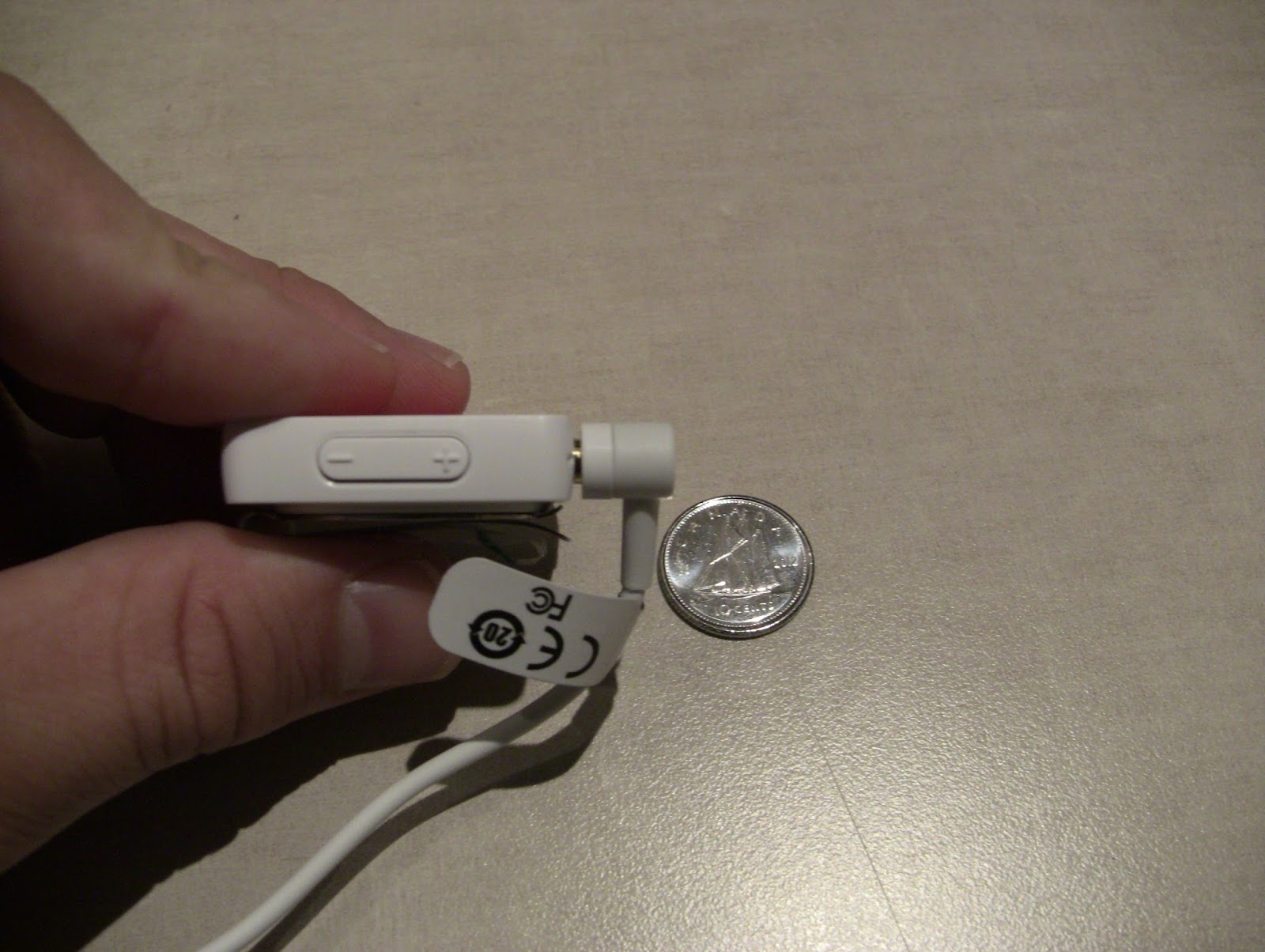 Along one edge is the power button and headphone jack. Sony provides you with a set of headphones with 3 different bud sizes, but any will do. On the other edge is a volume rocker and mic. On the last side is the port for micro-usb charging. I love this movement Sony has made to move over to more standard ports versus proprietary ones.

The usage time is listed as around 6 hours, which fell in line with my experience. I wasn't able to last a full work day with constant listening, but I’m not sure if I am the only person who shoves my headphones in my ears and listens to music all day. If you listen less often, you will probably be fine for the entire day. That being said, it would have been nice for Sony to makes use of the Bluetooth 4.0 standard so that they would have sucked marginally less battery power.

The sound quality for the headphones was surprisingly good and rich. Most of the music I played was handled well, including more bassy stuff. It’s hard to beat the over-the-ear headphones, but this did quite admirably for earbuds. The controls on the device worked for most ever audio app out there, which is just inherent in the bluetooth standard. Google Play Music, Music Unlimited, and PocketCast all worked perfectly. Calls were handled well and call quality was clear. The device is also suppose to support HD Voice, so if you have that option on your phones, it should carry through to the headset.

Honestly, there is little I can say against this device, other than I would prefer longer battery life. And for $49.99, you aren't breaking the bank to get them. You can pick them up online at Sony.ca or at a Sony Store (Subject to availability/call ahead). All models are suppose to be available, but online lists the black and white headsets as out of stock. Oddly enough, their Amazon.ca store has all of the colours available. So if you want one of those colours, you can head there. I know that's where I did.