HTC feels your One needs more accessories [Mini+ and Fetch] 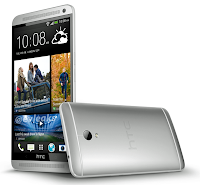 So, I really loved the HTC One.  So did Tom.  Even Martin has one.  Now I couldn't let go of my Nexus 4, and Tom's moved on to the Moto X, however that doesn't diminish the great phone.

HTC is still showing the device some love, reminding us that it will get 4.3.

They just announced as well 2 new accessories for it.  I love when OEMs announce accessories, usually they provide some great utility, but also signal the love the company has for the device (a sign that it'll be around).

But these two have me scratching my head.  The Fetch and the Mini+.

First off the Fetch.  An NFC / BT device that came out earlier this month (note AA reported it as a way to 'find your keys', when in fact it's the reverse).

The idea here is that if you've lost your device this should help you find it.  True, you could just go to the Android Device Manager.  But that requires using a computer.  And if you're heading out the door, chances are you don't want to do that.  The Fetch on your keyring is paired to your device via BT (uses NFC to set that up) and then by pressing the button your device will ring.

Now - first off you'll need to be within 15' of the device (BT range), second, BT will have to be on (I know some people who rarely turn it on, I leave mine on always, as the difference in battery is negligible).

The other issue is it doesn't say if it'll turn ON your ringer if it's set to silent, like ADM will.  But it's a neat trinket either way.

Personally, I'd rather it was the other way around, as I usually have my phone, but not my keys - and I spend a good deal of time looking for them (there was an accessory for that a while back, just can't seem to find it now).

Yes, you read right.  The idea is something I've been saying for a while.  We 'rarely' use our phones as phones any more.  And this helps to separate that 'feel' further.

Essentially, using NFC to BT pair to your device it'll have options to make calls like a BT headset, except it looks like a phone.  It looks to be able to make text messages as well (can anybody remember how to T9?) and some other basic info on the tiny screen.

What's cool is it also has an IR port and a laser pointer, because it would just look to carry around 2 phones at all times ... so it's got to add some other features.