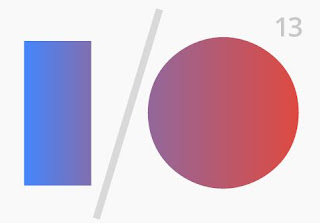 I've never claimed to be a great guesser at these things... which is probably why I shy away from all things rumour ...

But let's see how I did.

For a good rundown of the day's activities I recommend reading over at Android Authority.  I'm not about to duplicate what's already been hashed over and over (you have no idea how huge my feedly unread count is right now).

(and I'm just keeping it to the Android realm only)

I said there'd be the next iteration of Android (4.3 or 5.0)
Nope.  Despite how minutes before the keynote started folks were just saying stuff like "CONFIRMED" etc... didn't happen.  Maybe it will... soon, but not now.
And honestly, I still think it's not really needed.

Game Sync
Well, Google Play Services - but same idea.  I called it as a way to just save your info in the Google Cloud, but it looks like there's so much more - I was especially intrigued by the head to head (to head...) game play options.  Too bad the demo didn't work.

My bigger question is going to be how much can you store?  i.e. can I just store unlimited games and store data?  Or does it bite into my Drive storage?

A new Nexus 7
Nope
And I'm okay with that.

A Google Watch
Nope
There was some great hope as +Hugo Barra showed a watch... maybe a prototy... aaah, don't get me on the rumour path.  It wasn't there, and again, I'm okay with it.

Babel
Well, it's called Hangouts, but essentially the same.
Now, there's some confusion.  But, then again -- it's only a day old.  So, I'm patient.  But here's what happened.  Go to the Play Store on your phone and it shows "Talk" as Hangouts, but it didn't update the app.  I eventually had to go the Play Store on the web and push an install... and eventually it updated.

Now G+ Messenger is still there on my phone, and when I go to Gmail I still see chat; so there's still some unifications needed.

Books you can upload your own PDF and ePub

Have you tried beaming something to a non-TouchWiz?  It never works on the first try and so I have to check settings again and again and for some voodoo reason it'll eventually work.  And I'll bet you dollars to donuts that it won't be available in Canada.

Lots of G+ updates (won't get into the web service, but looking forward to the app update).

Google Music app updated - but I can't seem to just 'play all' as easily as I once could.  And... c'mon, why won't you just release the service legitimately to Canada already.

Android Studio... I'm not a developer, but even I saw that as awesome and looks to make developers lives easier.  And THAT was what this event was a bout folks.

Making the developers better.  You can whine all you want about not having a new device, or Key Lime Pie.. it doesn't matter if there isn't a great wealth of developers out there who are striving to make the device I have behave better for me.  Look at Nokia/WP8... without a crapload of apps, the system is languishing.  Google's doing it right, and if you don't believe me, watch +Larry Page 's address at the end.  Really is kind of moving!
Google I/O