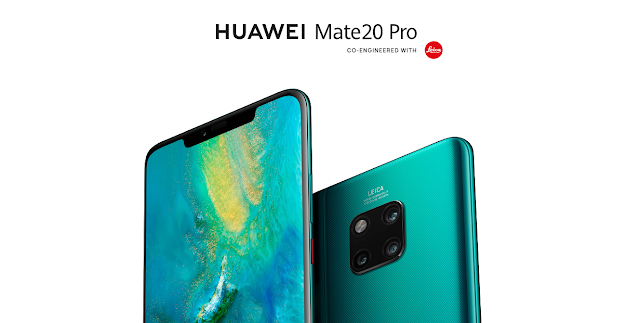 I'm okay with that; when it comes to a choice between a Pro or plus or XL variant I definitely recommend that over the non.

We don't know what the prices (or the differences would be over the variants) are going to be yet.  But what we do see, looks pretty flippin' awesome. [estimates are that it's about €1000]

I equate the "Mate" line like Samsung's "Note".  The S is good, the N has all the candies.  (in LG land the G is their standard, the V has all the bells and whistles).  So take all the awesome bits of the P20 Pro and then kick it up a notch.
Let's first talk about specs of the Pro
The 'non-Pro' is slightly smaller, less RAM and battery.

Okay, so look at that again.  Sure the new Kirin now has 3 different chips on it ... it has the same cameras as the P20 Pro does (and they are stellar).  The big advantage here (pun intended) is that it's slightly larger, has a higher resolution (yay, QHD+) and it has Qi.

God, I love Qi, it's one of those things that you think you're okay with not having, and then you live your life, but bring it back in and your life gets so much easier.

And, apparently with this Qi it can also charge other Qi devices (like I could charge my watch??!?!?!), which would be awesome as this has a battery that goes on forever seemingly.

With the same lenses, but better processor, they claim the AI will get it to take even better photos and videos.  And we've seen that with stuff like the Pixel 3 doing the same.

The big feature I'm hoping for here is that In-Screen fingerprint sensor.  Awesome.

Man, I really regret not taking the time off work to go to either the New York sneak peek or the London launch trips.

Hoepfully, I can get a review unit.
announcement huawei Mate 20 Mate 20 Pro