[Review] Samsung Galaxy S8+ even the Android purists can like it 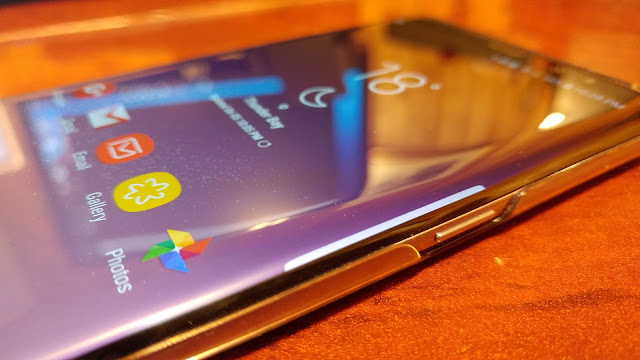 So, for a lot of people out there, Samsung Galaxy phones are the best.  They're everywhere.  For many of the "Android purists" out there, it's been a bit of an abomination.  Okay, that's overkill... but there's been some snobbery for sure.

The bloat... that button ... soft nav buttons that are reverse... so much contempt for a great device over small things.

Well, those folks are going to have a real hard time finding anything to bemoan about this line of devices.

Pretty much everything has been 'fixed'.

The short version of this review is pretty much that.  The new display ratio is fully in your face, all screen, and it means that the button is gone,  Now we have the standard navigation buttons.  Oh, and you can switch them to the standard Android layout.  And bloat?  Well it really hasn't been an issue for some time with Samsungs... especially since the S6.  Super clean look and better at making an intuitive design.

Anyways, let's get on with the review

First up, I gotta warn you ... this is NOT an inexpensive phone in any stretch of the imagination.  Outright this is $1115 at Bell.  The S8 (non-plus) is slightly smaller and it's $1035.  So... get ready to pony up some cash or upgrade your plan to get it subsidized, you're buying a top shelf device and you'll pay for it.

That caveat out of the way, let's dive in.

Up first, the hardware.
This is their 'infinity display', meaning it's pretty much ALL screen.  Similar to LG's new G6, except theirs is an 18.5:9 ratio.  It's an amazing display.  Samsung does displays right.

It also has their 'edge' display, and nothing looks cooler than sliding something to that edge and watching the display bend around it.  More on the software for that later.

There's no physical home button,  just the software buttons and you can switch the order around to be like all the other Android devices out there.

Speaking of the software home button, it's got some force touch, a la iPhone.  The only thing is that there's nothing it really does.  You can't force press anywhere else but the home button and it still just brings you to the main screen.  It works from the lock screen to wake the device (or double tap).

Looking around the device there's still a headphone jack, USB-C, power on the right, volume on the left (just like I like it).  And there's a new button .. a single purpose button for Bixby, the built in assistant for Samsung.  You know my thoughts on buttons for cameras... well having one for Bixby, just doesn't make sense (especially at this point as the feature doesn't do much, but more on that later).

The device is big.  I'm not a fan of larger phones.  It's about the size of a larger 5.5" phone or a 5.7" one.  This means sometimes reaching the farther reaches of the screen is hard.

Now, other Androids with the fingerprint sensor put it almost smackdab in the centre, right where the index finger rests back there.  Maybe it's just because it's a larger slab, it's just a little bit of a finger exercise to get it there.  It could also be the fact that I've got this little case on it (I'm assuming it comes with the phone ... they didn't send me a box).  But it works well.  Maybe 95% of the time.

Okay before we dive into any 'bloat' issue, let's talk about the lock screen.  If you don't want to use the fingerprint sensor, you can double tap the home button, or force touch it to bring up the display.  Swipe up to bring up the option to either use your code/pattern or Iris Scanner.

The scanner is pretty funny as you can put funny Snapchat style effects on it.  But it works.  You have to have it at the right angle and distance, but you get used to it.  Not as fast as a fingerprint, faster than facial recognition.


Now, on to the bloat situation.  From the set up of the device, YOU get to pick which Samsung apps you install (and there are some 3rd party apps).  You can choose to install as little as you want.  As you go through using your device there might be options brought up saying "Hey, you might want to install our Video Manager app" and you can or you can just skip it.  Up to you.

The launcher that Samsung is using feels very 'Nexus' like, it has a nice swipe up feature to bring up the app drawer.  I have to remove the folderizing option in the app tray.  I like to organize my home screens, not my drawer.  Just me tho'.

Also, for the launcher itself, it was nice that Samsung allowed us the option to get rid of the circling around the icons.  Never did like those.

Speaking of notifications, there's the 'edge lighting' where some notifications instead of a banner, come up as just a bubble... which you may or may not get to see anything from the notification.  And on some apps if htere's a second or third, you won't get to see anything at all.  In order to interact with it you have to wait a second or 2 for the bubble to go away and then allow yourself to interact with the notification pane.  Personally, I'd prefer the banner to pop down and give you quick-actions right away.

So, there's the neat game mode I really like.  I'm not much of a gamer, but I really do enjoy some games and it's nice that it automatically gathers them together.

Speaking of games, one thing that does happen in some of the games is that if there's a button in just the 'wrong' spot or corner because the display is rounded, it makes hitting that spot a little difficult (watch the video).

The included keyboard was ... well, a little over zealous for its suggestions of autocorrecting and was never what I wanted.  It was fine, but I'm so used to using Gboard, that I only lasted a couple of days before switching.

Because both versions have the edge this year (and it looks cool) you have the option for the edge widgets.  Which are fun.  But to be honest, I keep forgetting they're there and hit them accidentally (especially in games).  I probably needed more time to adjust to it and get used to it before it becomes a daily part of my use.  I love the idea, tho'.

Another neat feature was that by long pressing on an icon you get met with some settings, like uninstall, app info, delete icon, etc... Very handy.

So, that just leaves me to talk about Bixby.  Oh, Bixby.

You have a button all to yourself, yet what does it do?  Like in previous versions of devices it has that panel on the far left of the launcher.  It's very akin to "Google Now" and the button brings you there.  So if you plug in your calendar, socials it'll have some pertinent info for you.  I never found it as interesting as I've got all my info in Google, so it might take time for me.

What else can Bixby do?  Well, there's Bixby Vision you can install which should allow you to use the camera to recognize items.  This will be awesome.  But it's not doing so good for me.

There's a few other wriggling issues I have with some apps, but they're so minor.  I'll run through them at the bottom.  I'd like to move on to the camera for now.

Camera
The upgrade over the S7 is the front facing is now higher resolution.  The back shooter is still 12MP and f/1.7 for great low light.

I enjoyed it.  The double click of the power button brings up the camera.

I love the option that tapping the shutter and sliding it allows you to zoom.  Very intuitive.  Swipe from the right on the screen allows you to bring in filters and options.  Swipe in from the left and you have the modes like panorama etc...

The front facing camera has a 'wide selfie' mode where you take the picture and pan a little left and right to get everybody in. 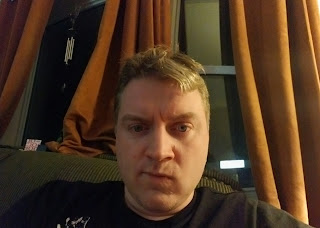 I'm happy with the shots it put out. 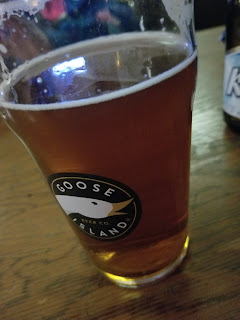 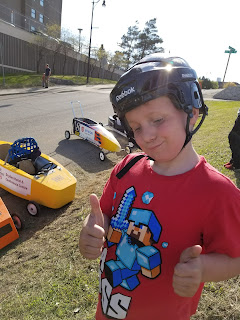 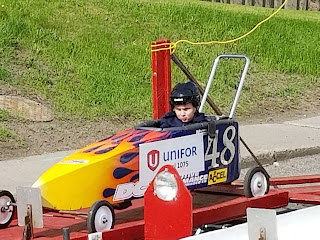 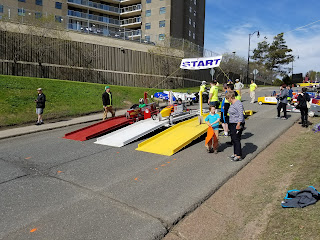 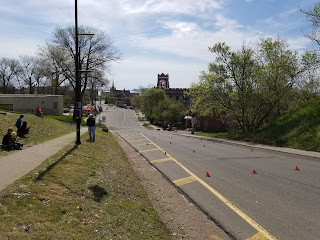 But, how does it perform?

Folks used to say that the TouchWiz caused lots of lag.  Not that it's TouchWiz anymore, it's the "Samsung Experience".  It's been an amazing experience to use the device software wise.

There has been no slow down... ever.  No stutter, easy switching.  Everything has worked flawlessly.  4GB of RAM will do that.

And having 64GB of storage is nice that I can really load it up how I want and not worry about storage issues.

The big winner here is the battery.  zOMG the battery.  It lasts.  By my calculations, it's getting about 16 hours of usage with about 4-5 hours of screen time there.  That's pretty awesome.

Overall
Jus wow... you pay for a Corvette here, and you get a Corvette.  It's fast, it lasts and looks good while doing it.  The camera works flawlessly...

There's just tiny little issues, nothing that I'd complain over, but I think add it up it might prevent me from buying it for my own.  If I bought it, I'd learn to live with it no problem.  But, when I'm readying to spend this kind of money I'd like to know what I'm getting into.  Aside from the above, I've collected a few other 'issues'.  Each of them are fixed supremely easily, so not major issues at all.

If you've got the budget, I'd suggest this device easily.

Their built-in email app only has "reply" in quick action ... especially noticed from my Wear device.  Just change the email app to either Gmail or Outlook etc...

Folders I put .nomedia on still show up in gallery... that's odd.