Posted by Ryan Moore on November 10, 2016
[Update:  Read the QardioArm review here and the QardioBase here]

So, it's Movember month (*cough* *cough* mobro.co/ryanmmoore) and it's a time that I really look at my health.  I'm raising money for men's health initiatives for prevention of prostate cancer, and part of my initiative is to also "mo"ve during the month as well.

I've been jogging for a while, but not really getting any better, by that much, but largely it's also because I just don't track myself too well.

Well, Qardio has had some of their health products out in the market place, and just now we're getting them available in Canada.  They're bringing the QardioBase (a smart scale - $199CDN) and the QardioArm (a connected blood pressure monitor - $129CDN).

Very cool items that I've been able to play with for the past few days now and I'm really enjoying them.  I may not like what they say about my health, but at least now I know, and that's really half the battle.  It'll help motivate me to ensure I keep running and 'mo'ving during #Movember. 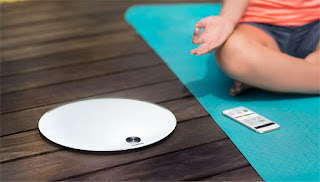 They're both fairly easy to use after some initial setup and I love showing them to friends and having them use it in a 'guest' mode so that it doesn't interfere with my own readings and goals.

I'm going to run them through for a few more days before I write up the review, so if there's anything you're interested in hearing about, just let me know!